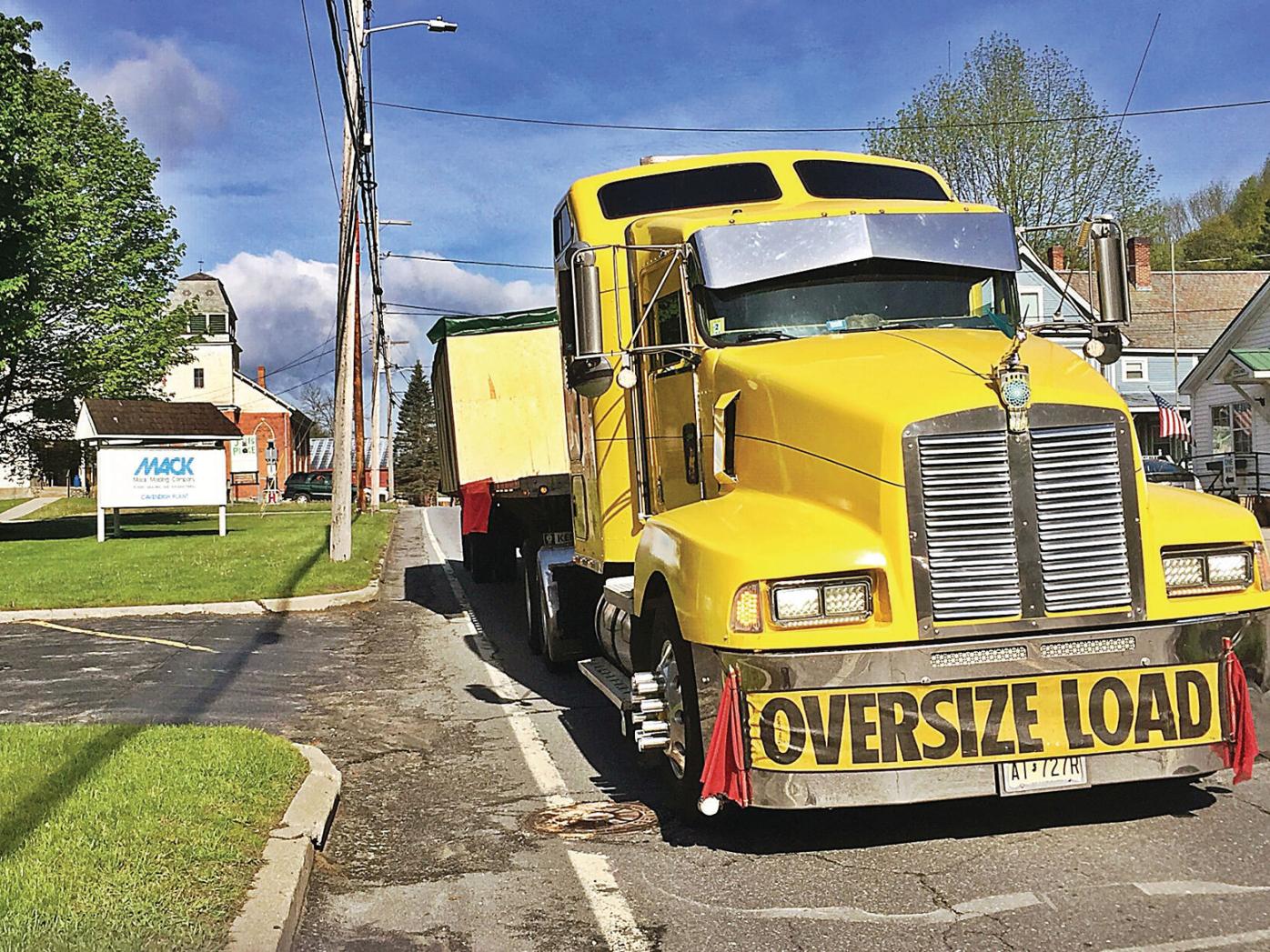 The first of six tractor trailers arrives with the foundation and parts for a new injection molding press being installed at Mack Molding's Cavendish facility. 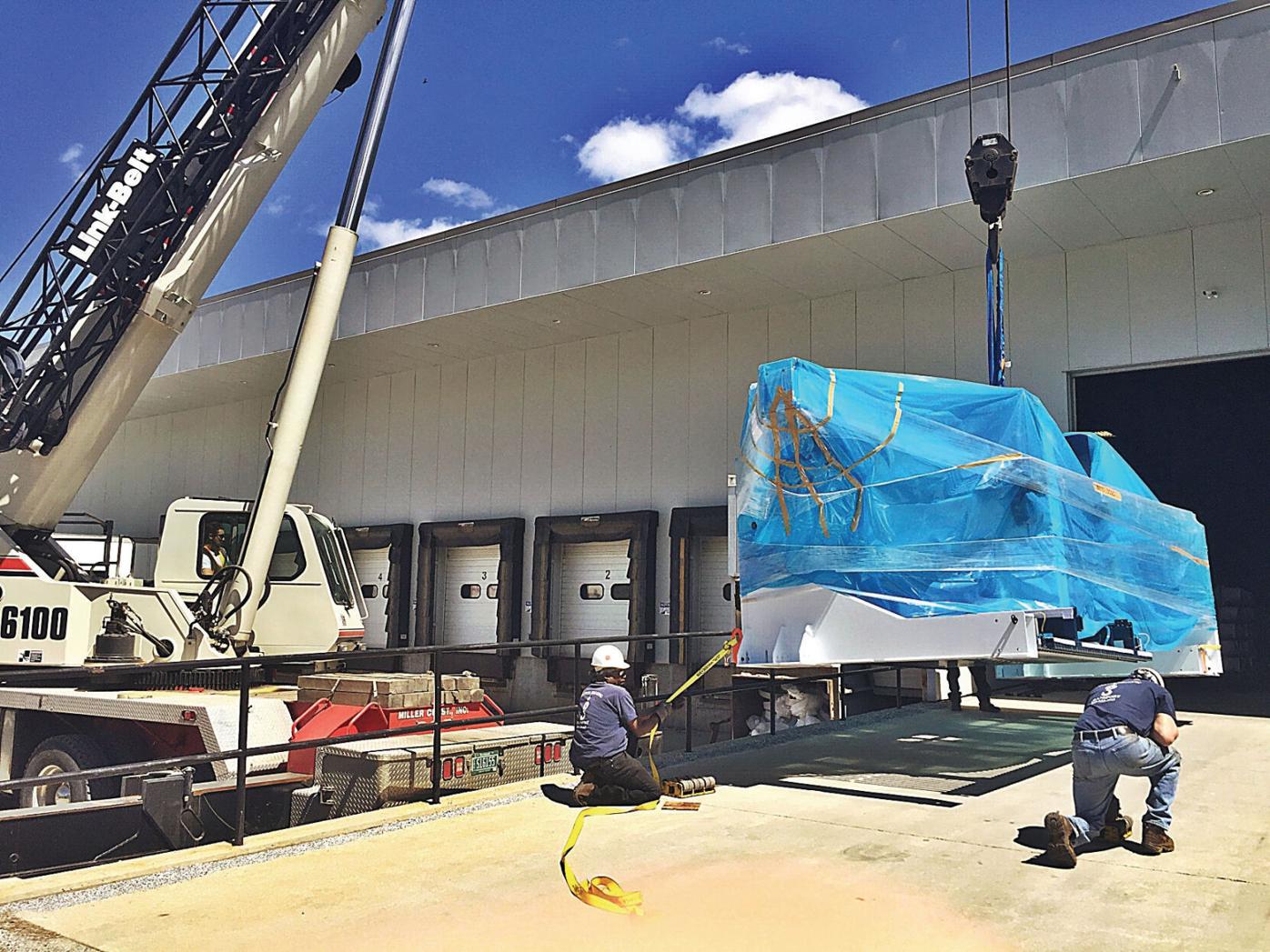 A crane moves part of a new 25,000 pound laser onto the loading docks at Mack Molding's Headquarters in Arlington, Vermont.

The first of six tractor trailers arrives with the foundation and parts for a new injection molding press being installed at Mack Molding's Cavendish facility.

A crane moves part of a new 25,000 pound laser onto the loading docks at Mack Molding's Headquarters in Arlington, Vermont.

ARLINGTON — Mack Molding Company, a leading custom plastics molder and supplier of contract manufacturing services, is making strides to expand its capacity and capabilities at not only its Arlington headquarters, but at the company's Cavendish facilities as well.

"We are opening whole new avenues for Mack in terms of what we can mold, metals we can cut, and the capacity to meet the needs of future customers," said Mack Molding's president, Jeff Somple. "We want to back up the quality of our people with great technology."

In Arlington the company will be adding a new, fully automated laser to be used for sheet metal fabrication. The leadership at Mack Molding hopes that the addition of the new laser will increase the company's offering by allowing them to work with copper and bronze more extensively.

Additionally, Mack's Arlington headquarters has acquired a laser marker for the finishing department in line with Unique Device Identification (UDI) requirements placed on Mack's orthopedic customers by the U.S. Food & Drug Administration. As Mack is a substantial manufacturer of medical equipment, the company hopes that these additions will directly benefit their customers.

Though the acquisition of new equipment at both locations is notable, it is only one aspect of a larger expansion the company has undertaken.

"It is an exciting time here, and I would be remiss if I did not mention we are hiring as well," said Somple, who made growth a priority since being namedpresident of Mack Molding in 2014. The company is already a substantial employer in the region, employing over 2,000 people at its 11 locations.

"This machine is approximately 15 percent larger than any we have had in the Company's northern operations, and in fact, we believe it is the largest press in New England," Somple said. "This new press allows us to bring in additional business, including some of the biggest molds we have ever handled. As a result, we have also upgraded our crane system at the Cavendish plant."

Though the press is still in the process of being delivered and assembled, it is expected to enter operation in June with a clamp tonnage of 2,360 U.S. tons and a robot to handle part removal.

"With the infusion of new equipment and dozens of positions being filled from the shop floor, to engineering, to the front office, the time has never been better to take a look at Mack," said Somple.