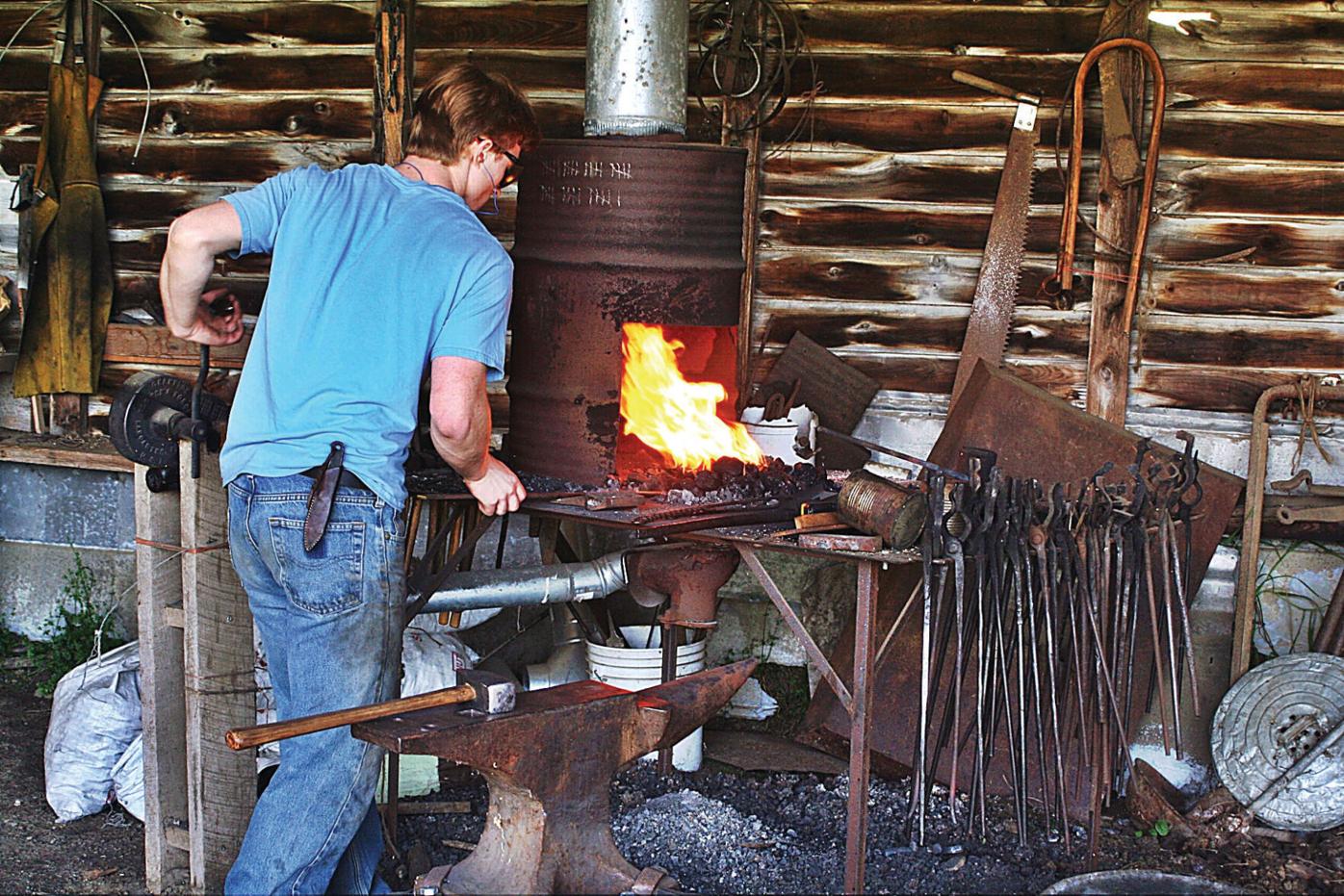 Jordan LaMothe fires up his home forge in Hebron, NY. 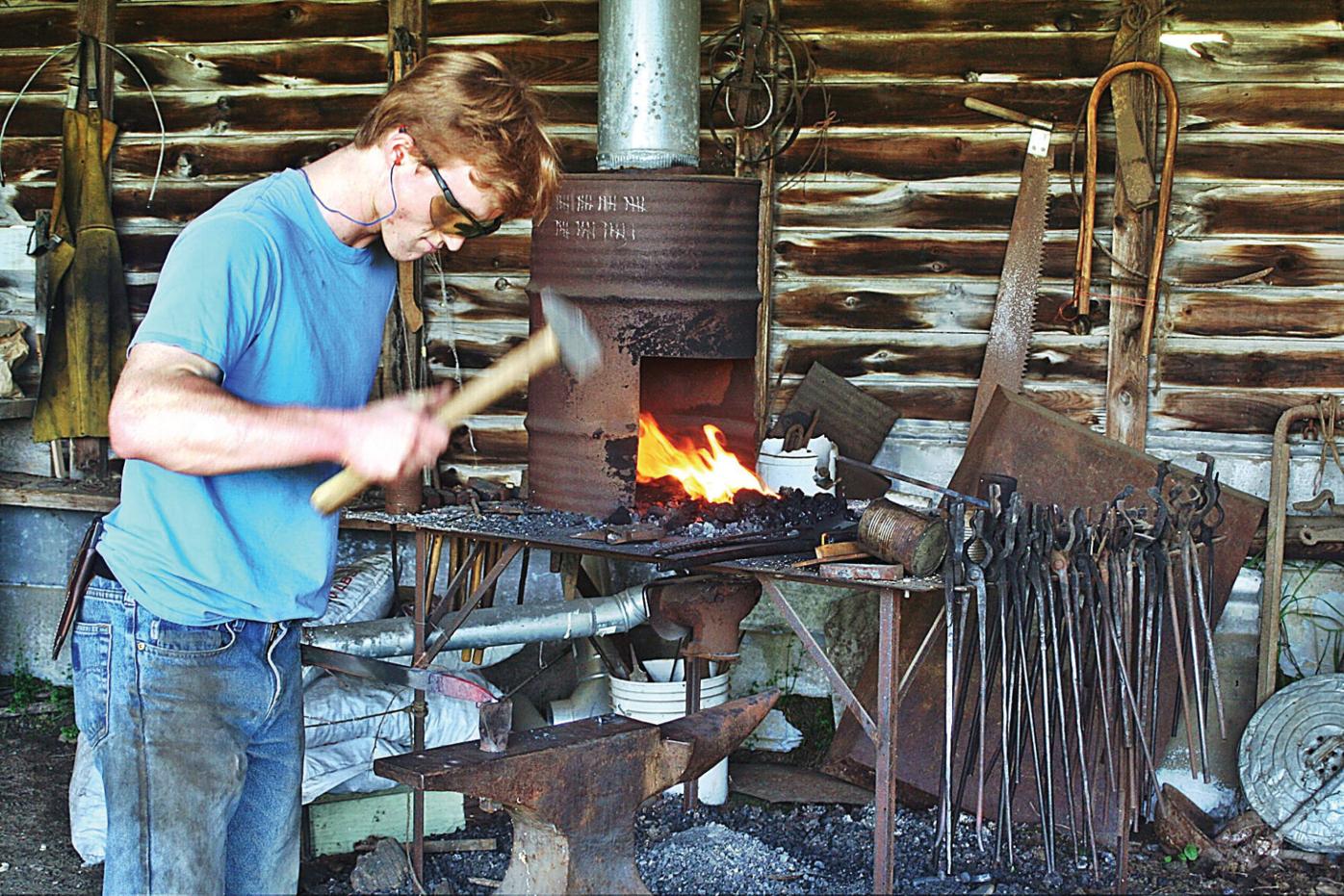 Jordan LaMothe crafts a paring knife at his home forge in Hebron, NY.

Jordan LaMothe fires up his home forge in Hebron, NY.

Jordan LaMothe crafts a paring knife at his home forge in Hebron, NY.

HEBRON, NY — Tucked away in the idyllic hills of Hebron New York, Jordan LaMothe stokes the fires at his homemade forge where he has honed his craft for the last seven years.

At this same forge, resting in a barn on his family's farm, the 21-year-old recently beat out three other blacksmiths on the History Channel's top rated show, "Forged in Fire," to become the episodes Forged in Fire Champion and win $10,000.

"I've always loved making stuff, and when I was nine my family moved from the Boston area to here, and there's all this history associated with the place," said LaMothe. "I became really interested in the kinds of trades and farming practices that used to be done here, and that kind of led me to want to make my own tools and thus blacksmithing."

Getting on the popular show was not easy.

"I know a bunch of people who had been on Forged in Fire who are other bladesmiths in the New England area," said LaMothe. "I was really interested in applying, but I was rejected the first time. I decided to apply again some time later, and finally made it on."

In each episode of "Forged in Fire," four blacksmiths compete for the $10,000 prize. In the first round of competition, LaMothe and his fellow blacksmiths were given three hours to forge their blade of choice out of a "mystery metal," picked blindly out of a barrel. After one blacksmith had been eliminated, the second round of competition required the contestants to craft a handle for their blades. With the contest narrowed down to the top two blacksmiths, LaMothe and his competitor returned to their home forges to craft a Talwar, a curved sword honed to perfection in the Indian Subcontinent during the 14th century.

"It was a really fun experience to be on Forged in Fire," said LaMothe. "It was really great to be able to test myself against other smiths, but it was pretty stressful in a lot of ways as well because I was in the middle of my senior year at Williams College."

LaMothe graduated from Williams this past weekend with a major in Music, though he plans to dedicate himself to forging full time. He is also a alumnus of Dorset's Long Trail School, graduating in 2013.

"One thing that I really love about forging is the fact that it's very physical; you're really manipulating a material and changing its shape and its properties in order to make it into something useful," said LaMothe. "You have this transition from a raw material to a fine finished product, and I find that transition really satisfying."

The smith took his only class in blacksmithing at Salem Art Works, in Salem, NY, when he was only fourteen, and built his own forge not long after. Though LaMothe seems to have a natural talent for his craft, his success has not come without effort.

"Basically every new thing that I undertake is a challenge in its own right; it's physically tiring, but I also need to work out techniques as I go because I'm mainly self taught," said LaMothe. "I hadn't taken classes beyond the one introductory class I completed before I built my forge, so from then on it's just been reading books and figuring out how to do it."

Following his freshman year at Williams LaMothe began his own business, dubbed Jordan's Blades, through which he designs, crafts, and sells his own hand-forged knives. Though LaMothe has become a smith by profession, he still enjoys the artistry inherent to the practice.

"Knife making has a little bit of blacksmithing, but that's the part of it that I really enjoy," said LaMothe. I've made almost all of my forge tools, and I really like making hammers and axes alongside any hardware that needs to be used on the farm."

While LaMothe plans to continue crafting blades full time, he is not necessarily planning on expanding the business itself.

"I definitely want to grow in terms of the number of knives that I'm making and who I'm selling to, but I don't want to be in a managerial position," said LaMothe. "I think of myself as more of an artist than a businessman."

For information about LaMothe and Jordan's Blades, please visit www.jordanlamothe.com.