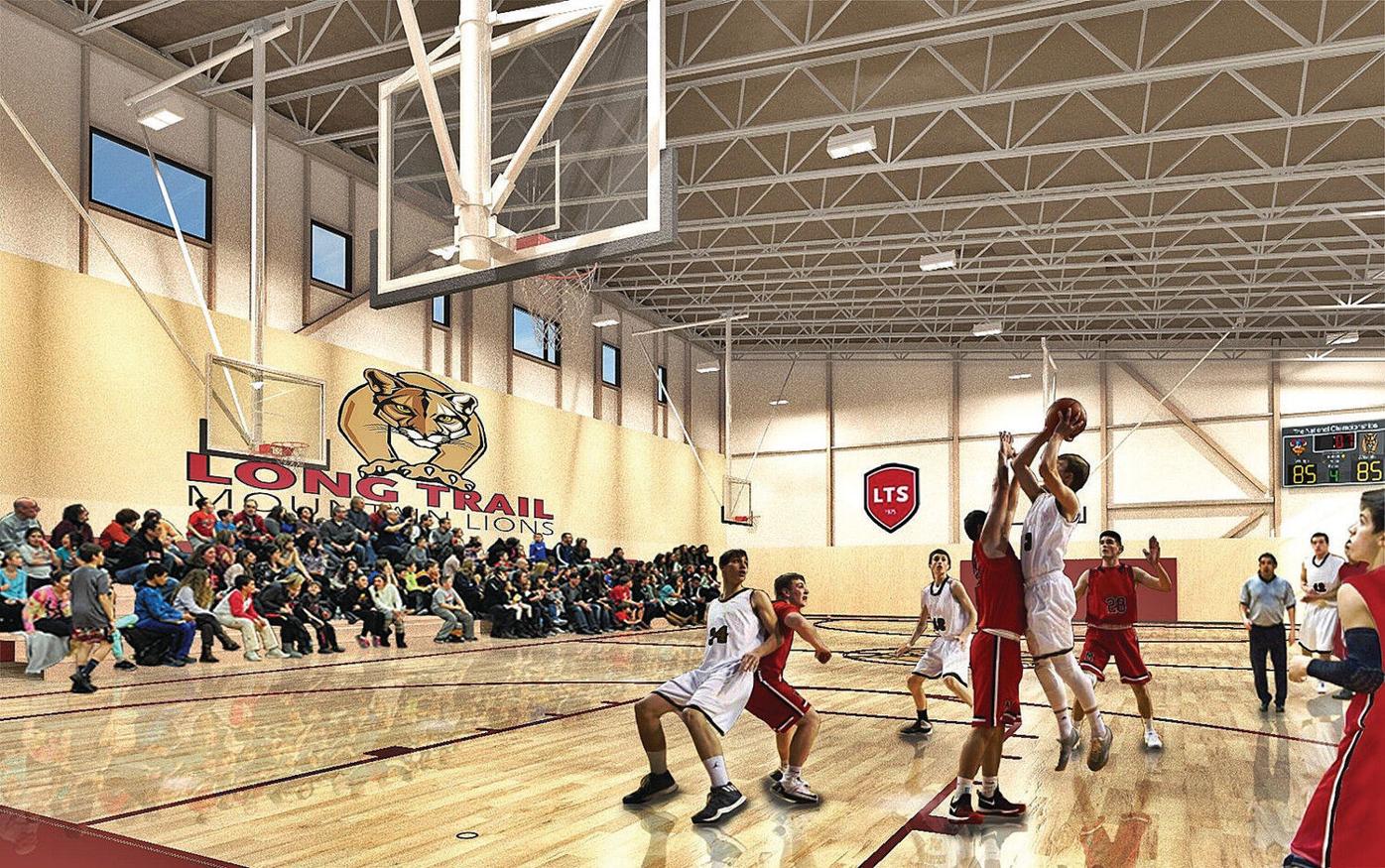 A look inside what the Long Trail School Field House will look like once it opens in 2019. 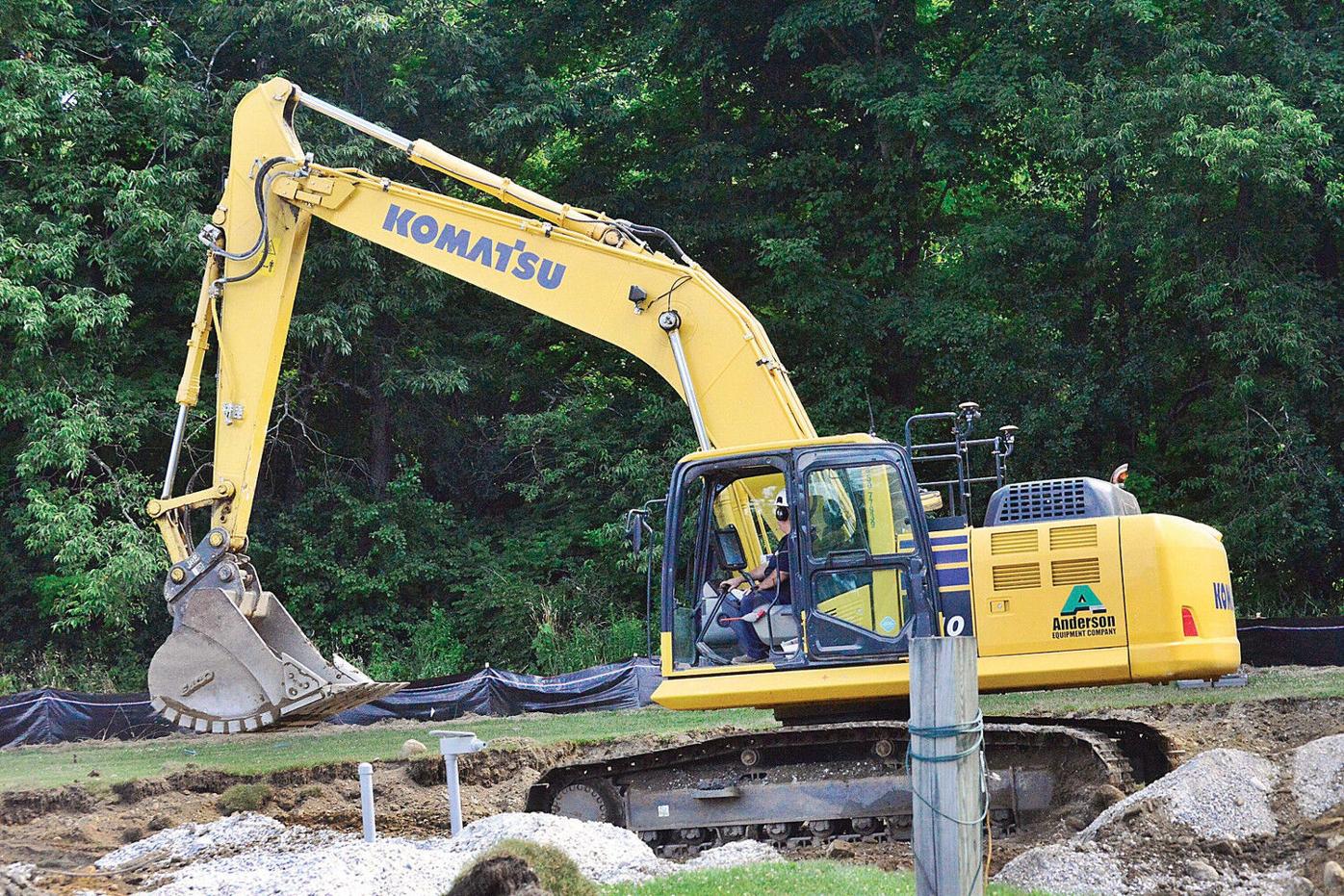 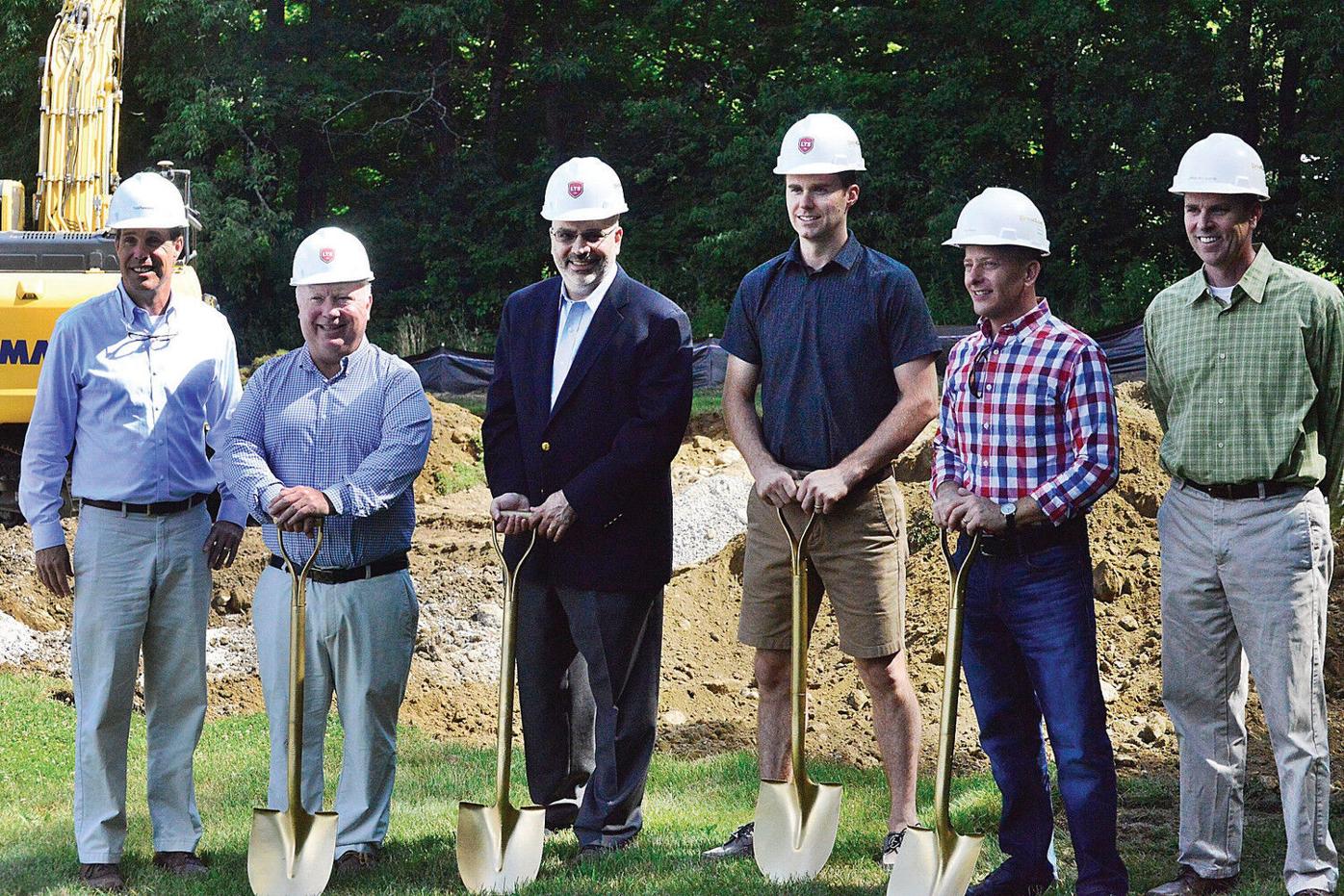 Long Trail officials pose at the groundbreaking for the school's field house, which began construction Tuesday.

A view of what the Long Trail School Field House will look like from the outside after its completion in 2019. 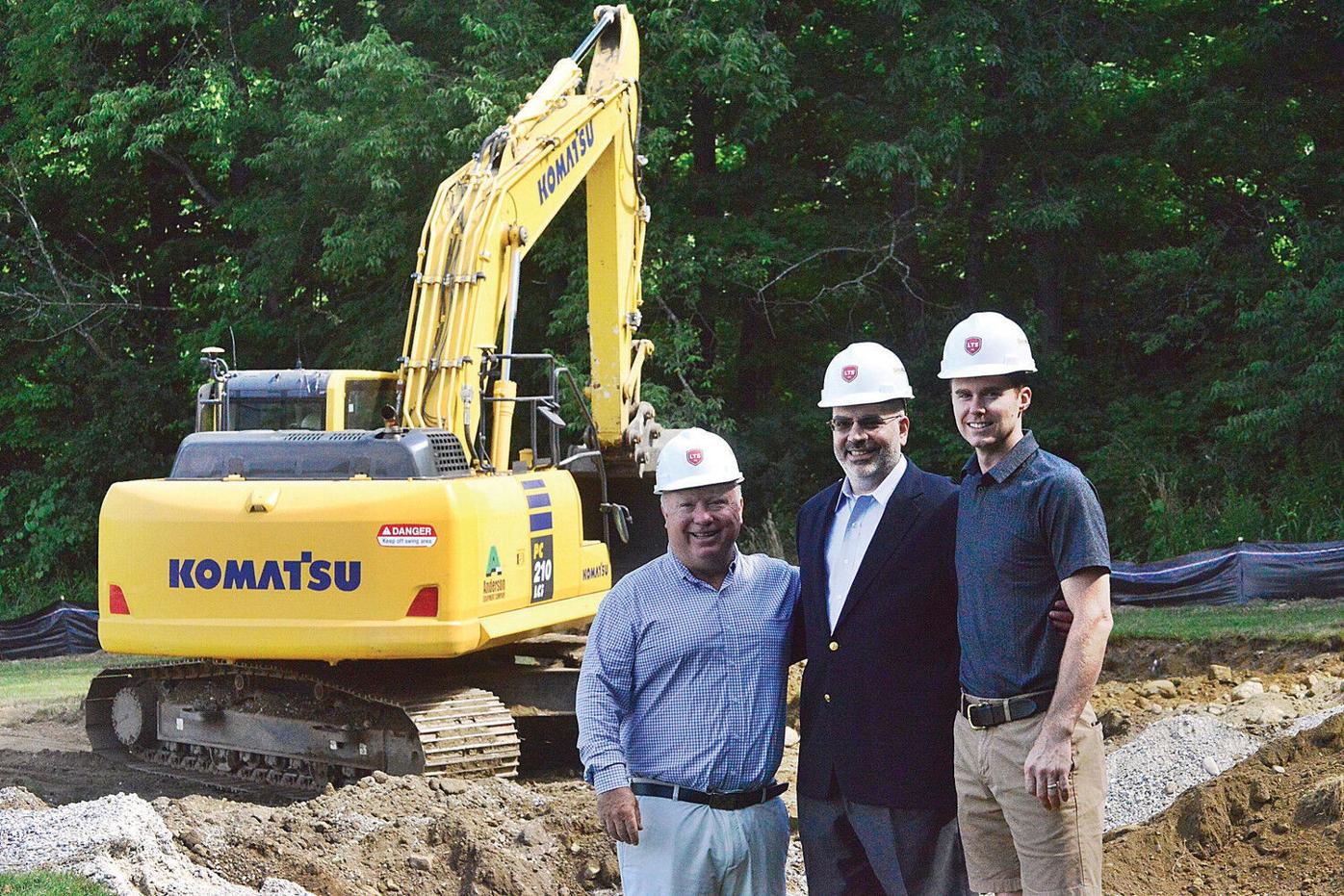 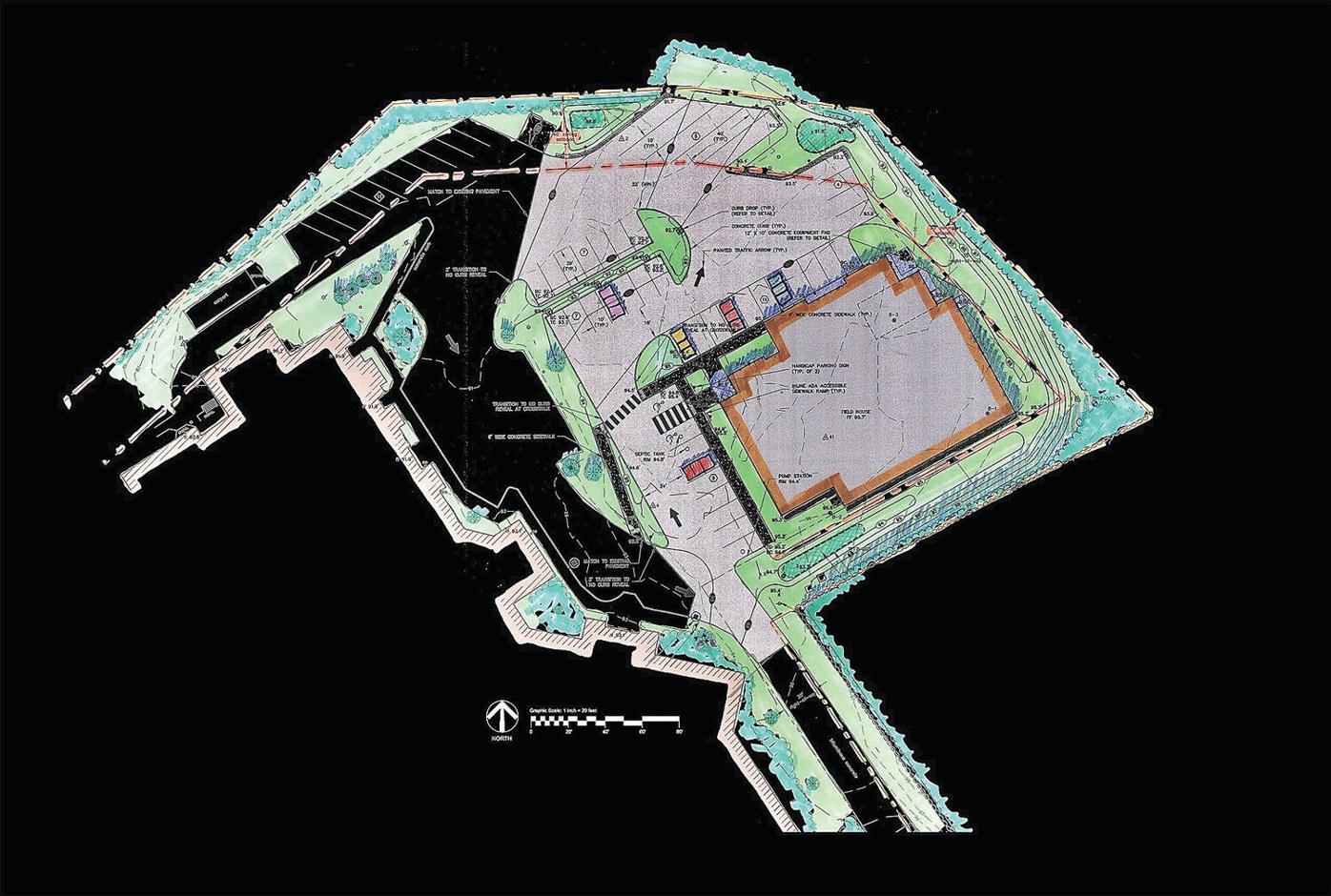 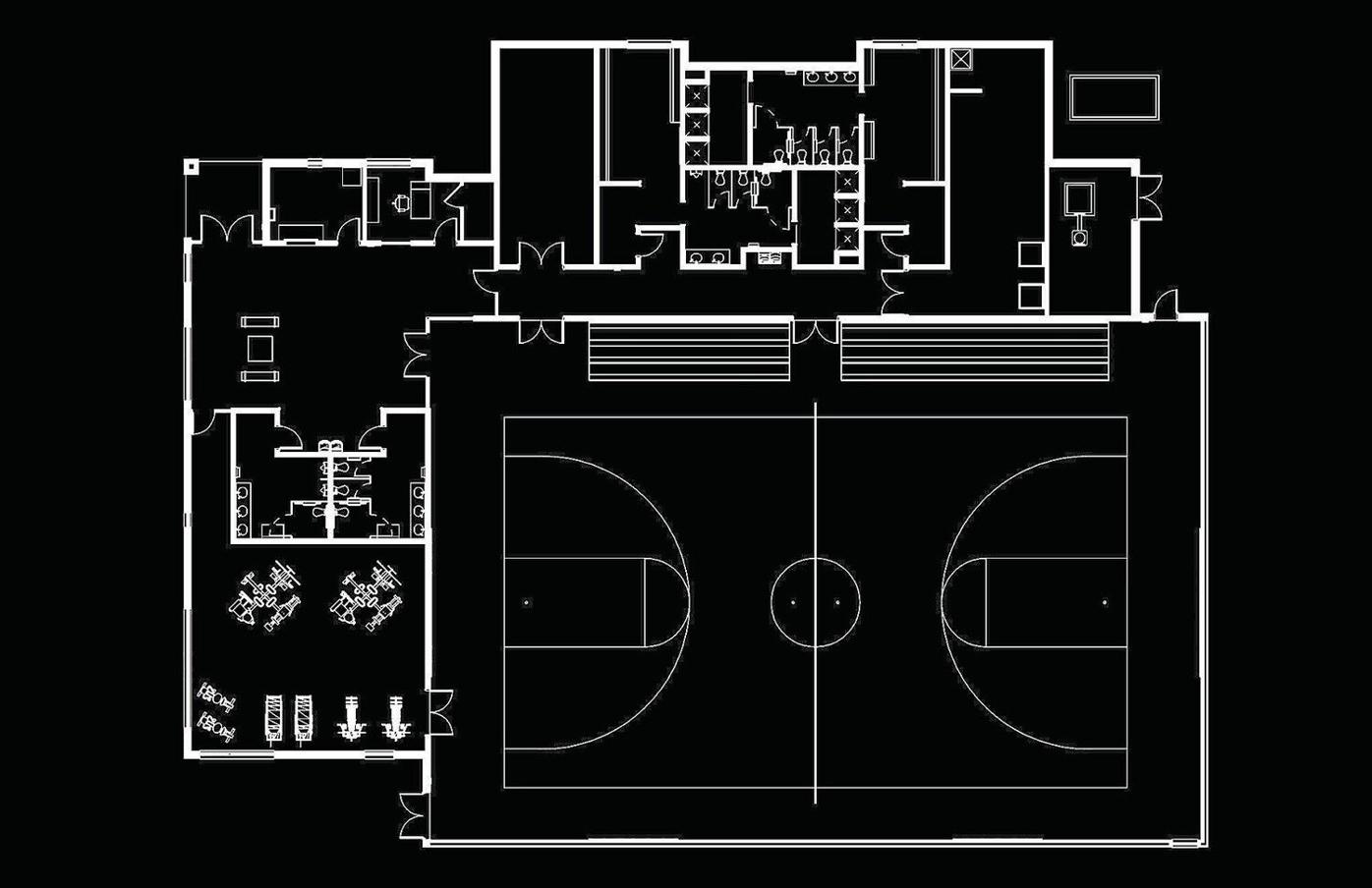 A look inside what the Long Trail School Field House will look like once it opens in 2019.

Long Trail officials pose at the groundbreaking for the school's field house, which began construction Tuesday.

A view of what the Long Trail School Field House will look like from the outside after its completion in 2019.

DORSET — Long Trail School took a major step Tuesday in heightening the profile of its athletic programs, starting construction of the school's new field house scheduled to open in the fall of 2019.

The field house will be a new 13,000-square-foot facility located on the eastern portion of the LTS campus and will feature a full-size basketball court with six basketball hoops, a weight training room/exercise studio, a climbing wall and shower and locker spaces. The basketball court is also configurable for volleyball and wrestling. In addition, the school will host assemblies in the facility.

The construction of the new facility will open up a whole slew of opportunities for Long Trail to provide its students in regards to athletics. The current physical education space did not meet the standard the school wanted to meet, so the change is one set to impact generations of LTS students.

"The original plan was for the (current) gym to go out twice as long and essentially for a series of historical reasons, the school ran out of funds to complete the whole vision for this physical activity space," said Head of School Seth Linfield. "We have a lot of dedicated student-athletes. We strive to strike a balance between scholar, artist and athlete. The facilities for the scholar part and the artist part are ahead of the facilities for the athlete part. Now, we're addressing that."

Long Trail strives to keep its academics, arts and athletics all on equal footing and this decision helps facilitate that.

Currently the school offers eight interscholastic sports with 17 teams spanning the middle school, junior varsity and varsity levels. The varsity team is in Division IV, the smallest classification in Vermont.

The field house will allow Long Trail to offer more interscholastic athletic programs, along with an influx of more intramural and physical education opportunities. In addition, multiple teams can practice at the same time with the size of the building. Theoretically, a basketball team and volleyball team can both be practicing, while preseason baseball or softball is also taking place in the gym.

Many sports, most notably basketball, have been unable to host home games during the athletic program's existence. This is a massive step for all those athletes to receive that luxury and one that the athletic department is supremely excited about.

"Our student-athletes are excited about the opportunities to host home games for the first time in a range of sports," said LTS athletic director Tim Smith, in a press release. "We will now be able to conduct multiple practices at the same time, no matter the weather."

Bread Loaf Architects, out of Middlebury, designed the field house and will serve as the general contractor for the project. It took them a while to figure out the most appropriate spot for the facility to be located on campus, as to not disturb other playing fields and buildings, but eventually decided on the spot on the eastern portion of campus.

"We have customized our planning, design, and construction approaches with the goal that the field house will serve as a hub for the whole school community," said Bread Loaf's lead architect on the project, Eric Sturm, in a press release.

The field house has been fully funded by a set of anonymous benefactors, who simultaneously paid down in full LTS's pre-existing long-term bond debt. The school is not releasing the estimated cost of the field house project or the amount of the school's now-erased former debt.

There will be a strategic planning process over the next year involving stakeholders, students, parents and faculty, among others to decide what to do with the original gym space at LTS.

There has not been a name selected for the field house as of now, but Linfield stated that the donors are looking into it.

Adam Aucoin can be reached at aaucoin@benningtonbanner.com and followed at @AAucoin_Banner on Twitter.