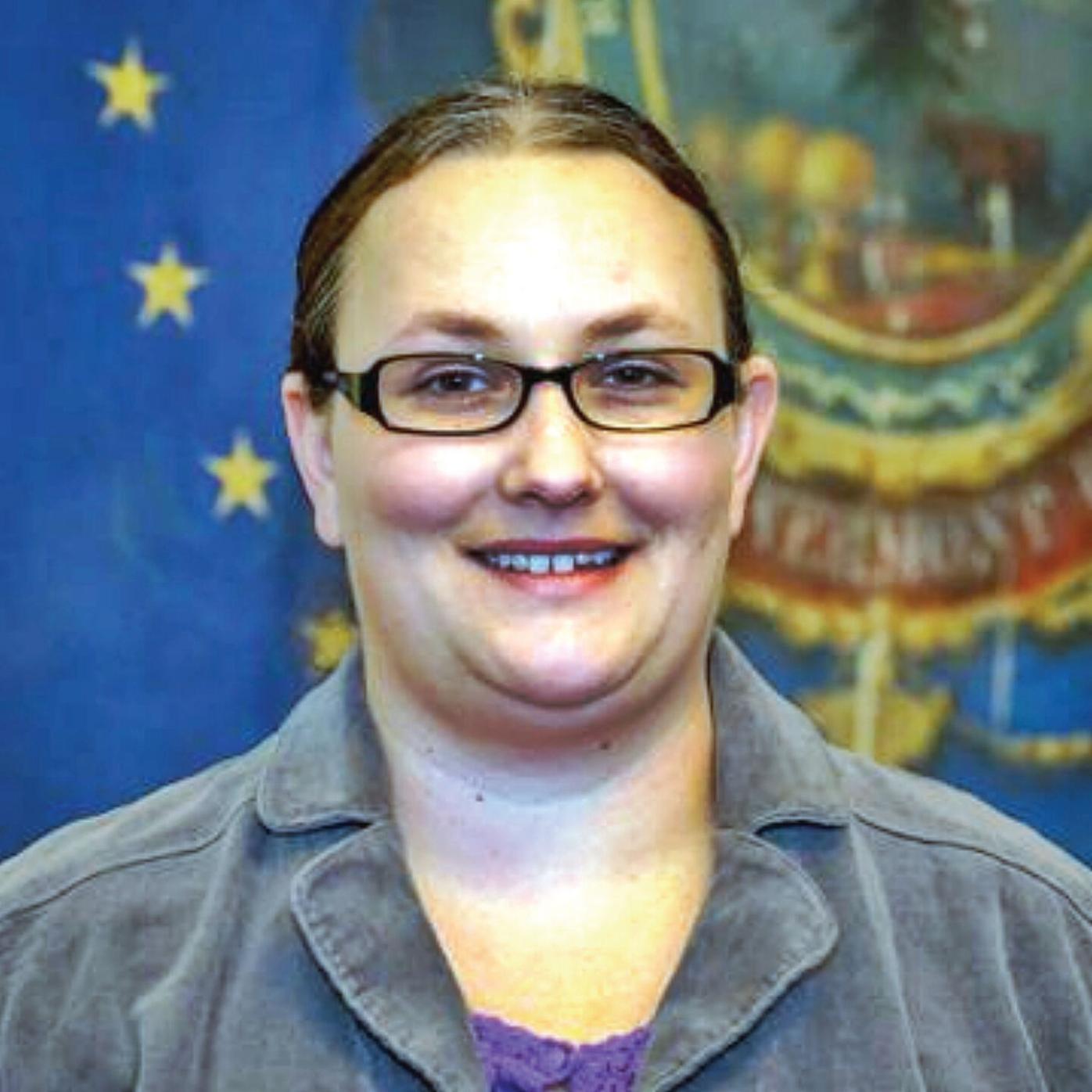 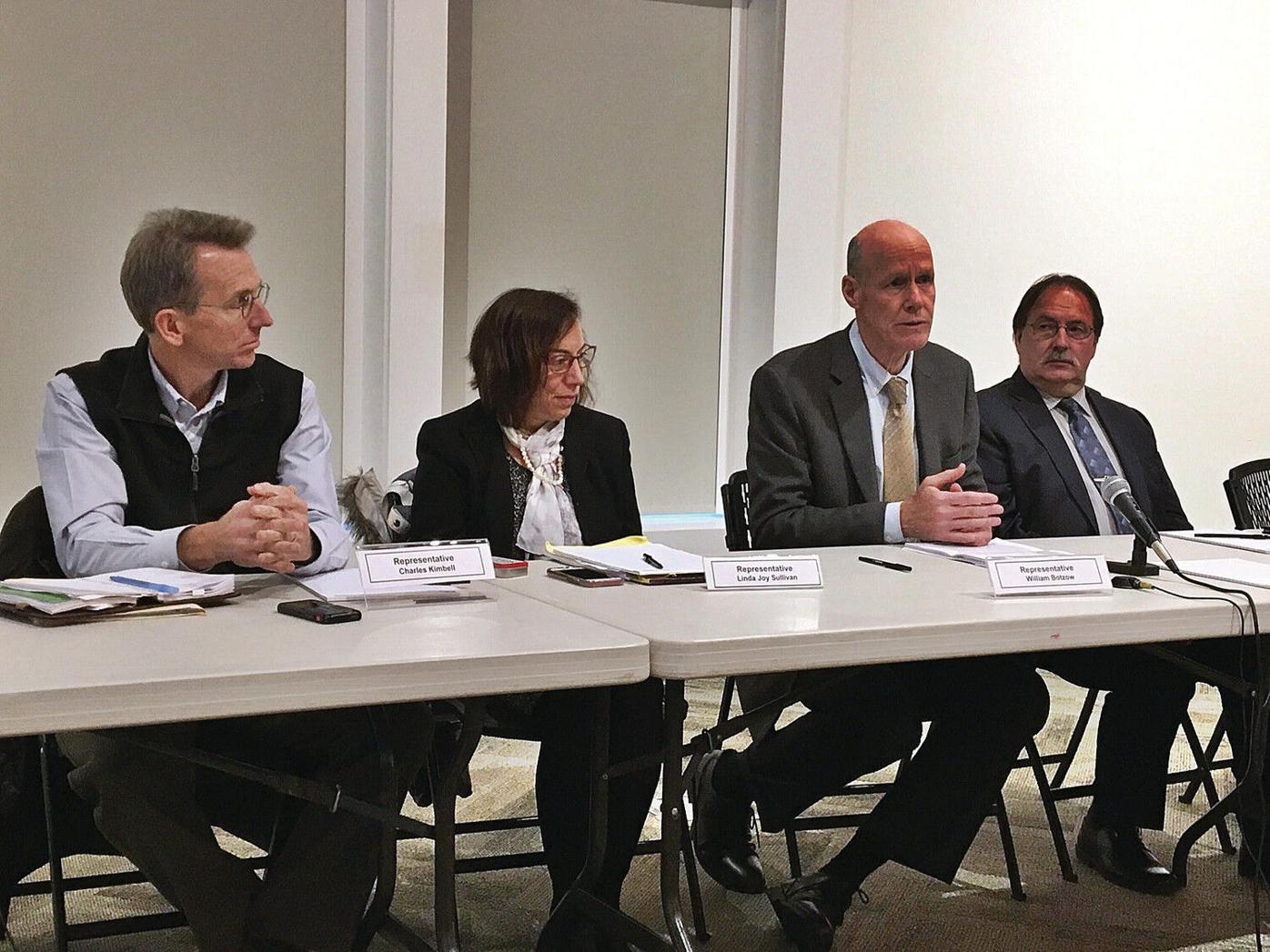 Rep. Bill Botzow, D-Pownal/Woodford, is shown during an information gathering session last year in Manchester on legislation to protect Vermonters from the effects of online thefts of personal data. Botzow and Rep. Rachael Fields, D-Bennington, have both decided not to seek re-election. At left is Rep. Linda Joy Sullivan, D-Dorset, who is running for another term.

Rep. Bill Botzow, D-Pownal/Woodford, is shown during an information gathering session last year in Manchester on legislation to protect Vermonters from the effects of online thefts of personal data. Botzow and Rep. Rachael Fields, D-Bennington, have both decided not to seek re-election. At left is Rep. Linda Joy Sullivan, D-Dorset, who is running for another term.

BENNINGTON — The House delegation from the Bennington region appears headed for a significant reshuffle, with at least two incumbents declining a re-election bid and a third yet to make an announcement.

Fields, 38, has served two terms in the House, while Botzow, 72, is completing his eighth term of making the state's longest trek to the Statehouse in Montpelier.

Meanwhile, Rep. Alice Miller, D-Shaftsbury, (Bennington 3), a 10-term House veteran, hasn't yet announced her intentions for the coming election. Currently, no one has announced a bid for the Shaftsbury-Sunderland seat.

Some potential challengers have emerged in other districts, including Pownal Select Board chairman and regional school board member Nelson Brownell, seeking Botzow's seat, and Kathleen James, of Manchester, running in the two-seat Bennington 4 district, representing Manchester, Arlington and Sandgate. Both are Democrats.

James kicked off her campaign in early April. She is chairwoman of the Manchester Democratic Town Committee and has been active with organizations like EmergeVermont, Earth Matters and MoveOn Manchester.

Brownell has served on the Pownal Select Board with one interruption since the 1980s, and he is the current chairman of the Southwest Vermont Supervisory Union and a member of the Mt. Anthony Union School District board.

If elected, he plans to retire from his job at Rensselaer Polytechnic Institute and step down from some of his local positions. He also serves as zoning administrator in Pownal.

His principal areas of interest in the House would be education and the environment, Brownell said. He cited his experience on school boards and his roles in seeing through a federal EPA Superfund cleanup project at the former Pownal Tanning Co. site and acquisition of hundreds of acres former tannery land in Pownal for the town, as well as construction of the town's wastewater treatment plant and sewer lines.

Gun rights advocate and hunting show producer Kevin Hoyt has announced a bid for the House in Bennington 2-1, and Chris Bates has taken out nomination papers as a Democrat, also for one of the two Bennington 2-1 seats.

Reached Tuesday, Bates, of North Branch Street, said he is considering a run and will make his decision prior to the May 31 deadline for major party candidates to file the required 50 voter signatures. He said his overriding interest in running stems from being "really concerned about the economy in Southern Vermont."

Hoyt could not be reached Tuesday for comment. In a Facebook post earlier this month he wrote: "I am announcing my candidacy for state Rep. in Bennington District 2-1. Pro-firearms, pro-Constitution and pro-education. I am a humanitarian, a conservationist and an environmentalist. I believe our natural resources in [Vermont] are the key to economic growth and development. I will be seeking education reform in our schools and fighting for firearm freedoms for all Vermonters."

A potential Bennington 2-2 candidate, Christopher Oldham, who had made plans and expected to run, said Monday that he is putting that goal off for personal reasons but might run in the future.

Oldham, the executive director of the Bennington Coalition for the Homeless, said that after he'd formed his campaign committee, he and Amanda Shakar, "found out we are having a baby," and he decided not to commit to an extended stay in Montpelier during the child's first year.

Other House incumbents in the regional delegation confirmed that they will seek re-election.

Botzow confirmed his decision to retire from office this week in his regular newsletter to constituents.

"It is time for me to attend to other responsibilities and opportunities," he said. "While this is a difficult decision after 16 sessions of deeply gratifying work, I am at peace with knowing I have done what I can for our towns and state as a legislator. I cherish the many conversations we have had and what we have accomplished together. I am grateful for the knowledge I have gained from you, and I'm humbled and honored by the extraordinary support you have shown me over the years."

He also offered words for the youth of his district, saying: "I believe your future is bright even though it will come with effort. The spirit you have and continually show me, especially on the many State House visits I have enjoyed with you, are my highlights. You, your parents and teachers are wonderful. Thank you."

"I have been incredibly honored to serve my district for four years," Fields said in an email. "There has been so much work done in the past four years which has had a positive impact on Bennington."

She cited efforts to ensure funding for repairs at the Bennington Battle Monument, the Vermont Veterans Home and the fish hatchery, along with legislation to allow more tax increment financing districts, including one in Bennington.

"There have been several times when we all from Bennington County have struggled to get work across the finish line," Fields said, adding, "I am exceptionally proud that the things that were on my platform were passed, though some will now be vetoed by the governor."

She listed earned sick days and paid family leave legislation, among other bills

"I had no idea what I was getting myself into when I decided to run for office, but it has been a powerful learning experience and a very humbling one at that," Fields said. "It was clear to me that it was a lot easier to make decisions from the sidelines, but once you are in the hot seat and you have half of the people who want one thing and the other half who want you to do the opposite, it's not so easy."

Fields said she will "miss the collaboration and the work— there was one budget committee of conference that the entire Bennington delegation showed up to express our solidarity in the importance of funding the needs of Bennington. That was the best day in four years."