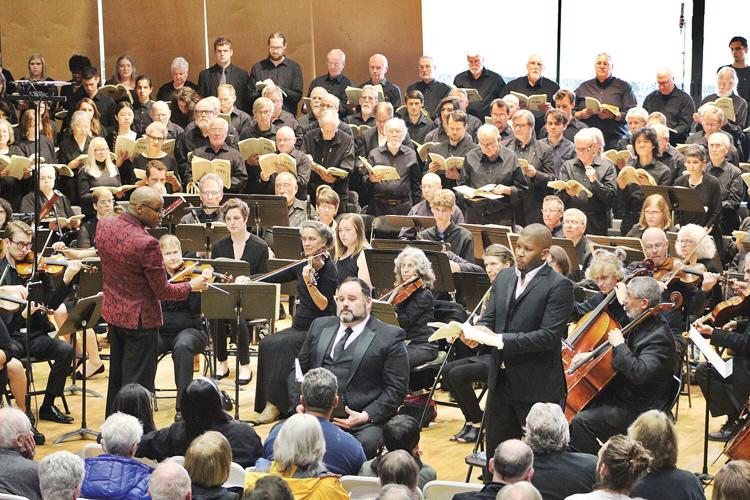 The Bennington County Choral Society concluded its 2017-2018 season with a performance of Verdi's "Requiem." They were joined by the Germantown Concert Chorus, The Keene Chorale, Putney School Madrigals and the Putney Community Orchestra. The performance was held in Bennington College's Greenwall Auditorium. 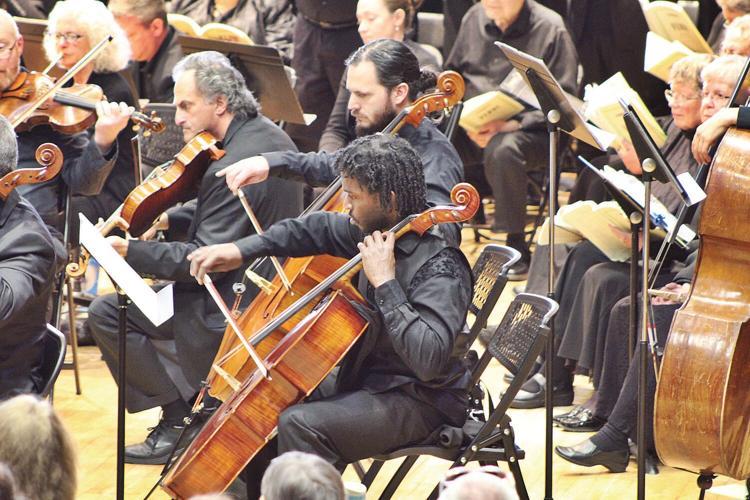 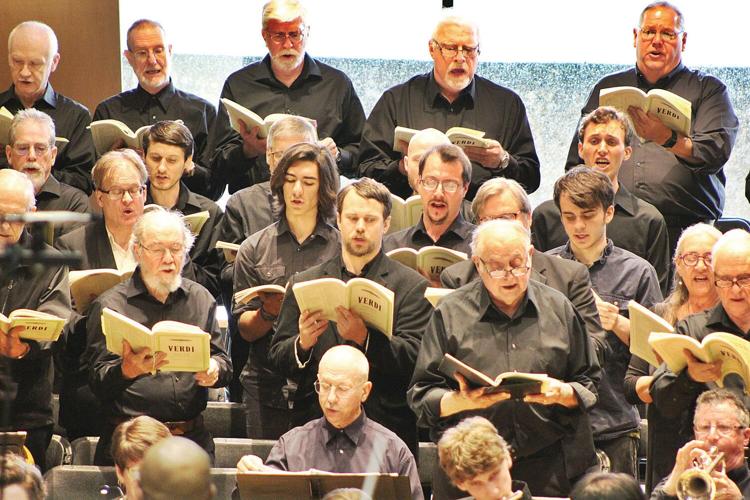 The Bennington County Choral Society concluded its 2017-2018 season with a performance of Verdi's "Requiem." They were joined by the Germantown Concert Chorus, The Keene Chorale, Putney School Madrigals and the Putney Community Orchestra. The performance was held in Bennington College's Greenwall Auditorium.

NORTH BENNINGTON — Through the power of music,  more than 200 voices joined together to perform and celebrate Musical Director Cailin Marcel Manson's fifteen years of choral conducting during a rendition of Giuseppe Verdi's "Messa da Requiem."

Each group currently works with Marcel Manson, and the concert served as a way for all to get together and celebrate his work. Over the course of his career, Manson has worked a number of musical organizations as a master teacher and has toured as a performer throughout the United States, Europe, and Asia.

An estimated 260 people attended the concert. The Bennington Choral Society, a mixed adult chorus of voices drawn from southern Vermont and nearby New York and Massachusetts communities, is expected to perform at Mayfest, according to Jana Lillie, president of the society.

Every seat in the auditorium was taken with eager concert goers. A powerful array of string and wind instruments and dynamic solo vocalists accompanied a collection of voices that echoed off the walls of the auditorium as rain fell outside.The soloists stood before the crowd, with the women standing to the left, and the two men to the right. Each soloist helped bring the words of the requiem to life to life in an elegant and robust style. Which echoed more of Verdi's works, in the sense that it tried to capture the emotion from its texts.Requiems are musical settings for Catholic funeral masses. Verdi composed his requiem in memory of Alessandro Manzoni, an Italian poet and novelist of whom Verdi was fond. It was composed at a time when female singers were not allowed to perform in Catholic Church rituals, however, Verdi had wanted to use female singers in his work. This is the first time that women were written into a Catholic Requiem and were able to perform it.

"This [performance] was everything we hoped it would be, when we first planned it," Lillie said. "I know for myself, I felt an overwhelming sense of melancholy almost just before the concert started. There is something about working so hard to create something, that when you're a breath away from it coming to fruition, you can't help but feel it."

She described the concert as "glorious," and said that it felt great to see how excited the audience was for the performance.

Andreoli, who has been singing for 63 years, said she found Manson to be the best musical director she has ever worked with.

"Every rehearsal is like going to a music class," Andreoli said. "He has a real deep musical history and he directed without a score. During the warmup, one of the string players hit a note off by a half tone and he could hear that with all of us singing in front of him. His musicality is unmatched to anyone I've ever worked with."

She said that he helps tune everyone in different aspects from singing, to sound, and technique and helps every piece of the chorus come together.

Manson said that when each of the choruses came together to practice and for the performance, it felt like "one big musical family." Since everyone was used to working with him, there wasn't much difficulty getting everyone on the same page.

"Just seeing everyone interact, when they all came together for the first time on Thursday - it was this energy that just filled the whole campus," he said. "Everyone started buzzing; it was like a big music family reunion."

He didn't expect to see so many people come out to support the community choruses and the event as a whole, especially from all of the communities.

When he decided to step away from doing solo performances, he said that he felt called to help connect communities together by the power of music. The feeling of seeing people come together for the same cause, he said, is as rewarding as the calling itself.