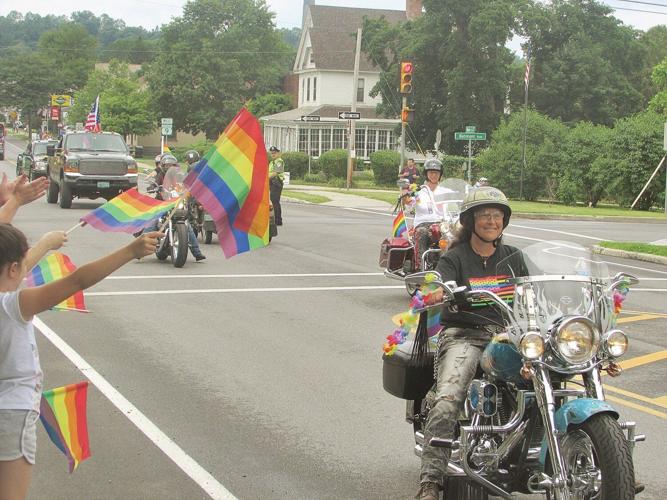 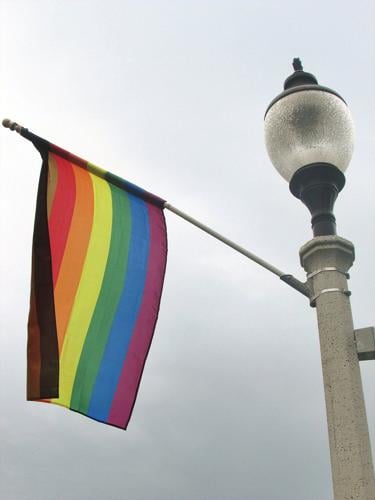 BENNINGTON — In a first for the county, the LGBTQIA Alliance of Vermont is partnering with local nonprofit Queer Connect Inc. to offer a town hall for local LGBTQ people to express their needs and concerns.

The free event is set for 4-6 p.m. on Saturday, Nov. 9, at the Center for the Advancement of Public Action at Bennington College.

The LGBTQIA Alliance is pretty much the "direct ear to the legislature," said Lisa Carton, president of Queer Connect.

"Mostly, they're coming down to hear what our needs are, so they can best represent us to the statehouse, which is spectacular," she said.

Queer Connect is co-hosting the event with the alliance.

"They are the most supportive people in the state," Carton said of the alliance. "We're very fortunate to have them advocating for us."

The Bennington event is part of a statewide LGBTQ+ Town Hall series by the LGBTQIA Alliance of Vermont, in partnership with other organizations. The first town hall was Oct. 30, in Montpelier. Besides Bennington, others have been scheduled in St. Johnsbury, Brattleboro, Burlington and Rutland.

"One of the things that we want to do is represent our community, and that means getting out into as many corners of the state as we can," said Brenda Churchill, executive director of the LGBTQIA Alliance. She said she spends a lot of time with a colleague at the statehouse advocating for LGBTQ rights, and "it would be good to know if we're heading in the right direction or if people need us to do other things."

The Montpelier town hall resulted in great feedback, Churchill said. The alliance plans to put out a report at the end of the meetings, documenting what they heard and talked about, she said.

"[A town hall format] gives people hopefully the ability to come out and talk, or at least they can relate to the town hall format and participate much the way they do in their own town," she said. "Some may come to listen, others may come to speak. Either is good."

And, for queer Southwestern Vermonters, she said this event is "the first time that we've ever been heard [from] this way."

There's still some "mild trepidation-to-ear" about speaking out, she said.

"Right now, Bennington is in such a transitional period ... where I feel so many queer and allied voices need to be heard," said Sophie Nevin, a board member of Queer Connect.

This event is a good first step in making sure people get a chance to speak, where in most situations, they don't feel like they can, or they feel a bit invisible, she said.

She said she hopes this will mark the first time the Bennington College campus community meshes with the town in a way that's never happened before.

"[And] that these voices and stories become part of the larger Bennington narrative, and Bennington identity, because there are so many queer folks here who love Bennington and who want to be seen as part of Bennington," she said.

Along with the town hall event iself, organizers are also offering an anonymous online survey, which will be used locally as Queer Develop develops programming and also will be shared with the alliance.

The survey asks people to share questions or concerns they would like addressed at the town hall. It also asks where the respondent's "biggest questions or concerns" lie for Bennington, with three possible responses: law enforcement, healthcare or community engagement.

The town hall will be structured informally, Carton said.

"Our biggest priority is hearing from people," she said. She said she also pretty sure they will have attendance from local representatives.

"This is really more about getting local people in than the legislators," Carton added. "We have their ear, we're very fortunate."

"The key here is — having the community come and say what they need," she said. "Because we've been largely invisible here, and we're changing that, which is amazing."

Carton said she thinks there's "many, many" areas needing to be worked on in terms of LGBTQ needs locally.

From feedback she's heard in recent months, there are definitely healthcare needs, she said.

Nevin said she sees healthcare as the biggest issue.

She said she hopes the town hall can be a "jumping-off point" for youth who don't know where to go for things like queer-centered or queer-friendly healthcare, because the resources are there — they're just widely known, she said.

Along the lines of healthcare needs, there's also a "huge need" for insurance coverage for transgender people," Carton said.

"There are huge needs locally for better education and training and awareness about the full spectrum of LGBTQ experience, including the youth experience," she said.

There's also a huge need to continue to build supports in the community, for youth and others, she said.

Carton said she anticipates many Bennington College students will attend the town hall on Saturday, but Queer Connect is also planning a follow-up town hall on Sunday, Nov. 17 specifically for queer youth and their families, she said. The event will be cosponsored by Queer Connect and United Counseling Service, "which is a really great step," she said.

"I think that there's a challenge locally to get youth and their families to Bennington College," Carton said when asked about the importance of a town hall for youth. "We want to be in the community."

The town hall will have a "whole different flavor,"with breakout sessions to hear from the kids, she said.

Queer Connect gets a lot of calls from parents — even elementary school parents — who are looking for guidance on how to parent children who are questioning their gender or sexual identity, she said.

Updates on the youth town hall will be available on the organization's website, queerconnectbennington.com, and Facebook page, she said.