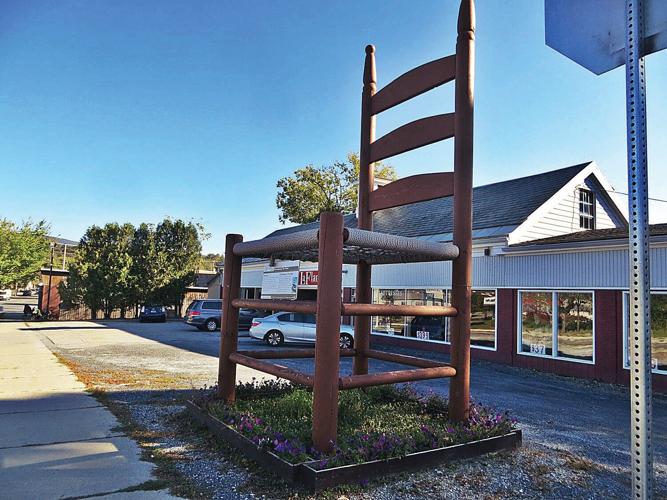 LaFlamme's Inc., a furniture business known for its 20-foot ladderback chair at its store at 239 Main St. in Bennington, entered Chapter 7 bankruptcy proceedings this week. Shown at the Main Street location is a replica of a tourism landmark chair that stood for many years at Route 7A and 67A in Bennington. 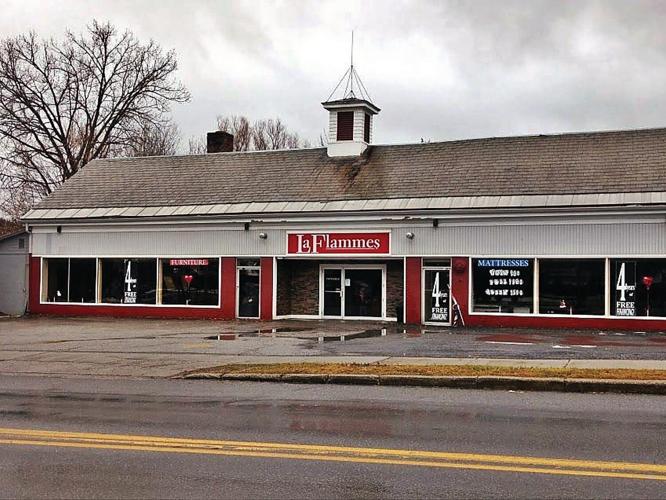 LaFlamme's Inc., a furniture business known for its 20-foot ladderback chair at its store at 239 Main St. in Bennington, entered Chapter 7 bankruptcy proceedings this week. Shown at the Main Street location is a replica of a tourism landmark chair that stood for many years at Route 7A and 67A in Bennington.

The business had filed for Chapter 11 bankruptcy protection last fall. The bankruptcy status was converted to liquidation status this week, court records show.

"We had a wonderful journey," Christoper LaFlamme, company president, told the Banner on Friday. "I loved it and I enjoyed it. I feel like we could have come out standing... I do feel that we were only a week away from really starting to emerge from this situation."

LaFlamme said he was honored to have worked with "phenomenal employees."

LaFlamme said he had no intention of closing. But he said business earlier this month was "brutal," making it impossible to make payments to creditors.

"Employees and customers are huge concerns of mine. I'm told both will be treated properly."

The company listed in October more than $1.5 million in debts and $685,754 in assets in seeking Chapter 11 protection in U.S. Bankruptcy, Northern District of New York.

A partial list of creditors filed with the court includes Heritage Family Credit Union (HFCU), People's United Bank, Avid Capital of Cambridge, N.Y., the Vermont Department of Taxes and the N.Y. Department of Taxation and Finance.

The company continued to operate in Bennington and, after relocating, a smaller site in the Diamond Run Mall in Rutland. The company also kept an apartment building on Route 22 in Cambridge, N.Y., the site of a former retail store that closed.

Attorneys for HFCU, in a motion filed Tuesday, claimed LaFlamme's failed to make adequate protection payments to the credit union, as well as People's and Avid. The filing claimed the business did not provide weekly reporting for December as required.

LaFlamme's attorney, Richard Weiskopf, of The DeLorenzo Law Firm, of Schenectady, N.Y., said the business couldn't make payments due to a steep downturn of business during extreme winter weather and the increases in expense of heating the store.

"During the first 10 days in January, with the way the weather was going, every furniture store in the Northeast suffered a tremendous nosedive," he said. "It's unfortunate. The timing of this was just terrible."

"The store was ready to make adequate protection payments in the next day or two after the date of conversion," Weiskopf said. "The creditors insisted on pulling the plug."

LaFlamme's store at 239 Main St. in Bennington is known for the ladderback chair that, from the1960s to 2000, sat in front of the former Haynes & Kane Furniture store at Routes 7A and 67A. That business closed in 2006. After LaFlamme purchased that building, in 2012, the chair was recreated.

LaFlamme's opened a store at the former Haynes & Kane site that year. A fire destroyed the site in January 2014. The chair was moved to the parking lot of the new site on Main Street, a renovated former auto dealership building.

LaFlamme said he has "a couple ideas about the chair," saying he needs to talk with employees and community members before he makes a decision.