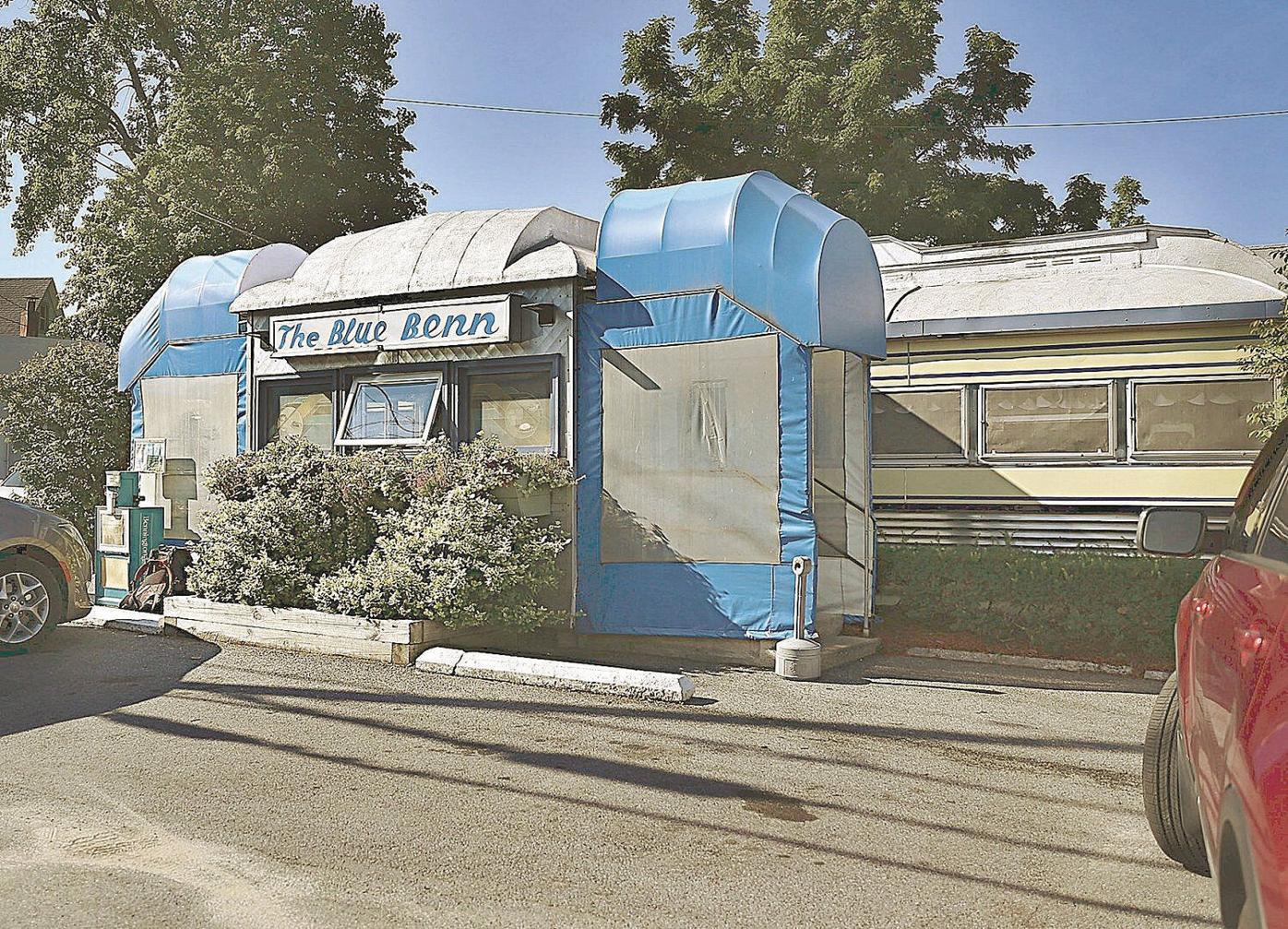 The Blue Benn, considered a Bennington landmark, has been put up for sale by its owner of nearly 50 years. 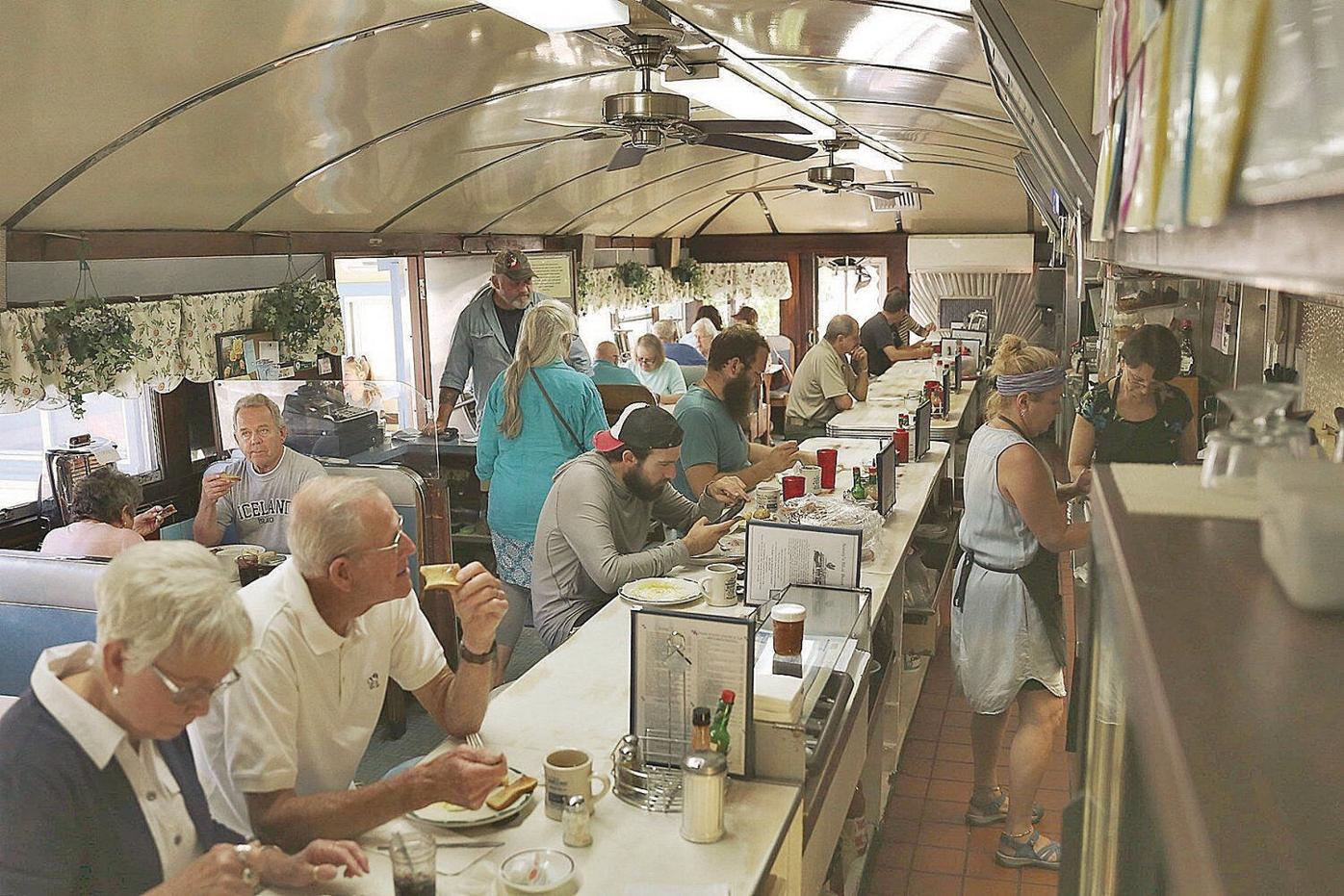 The Blue Benn, a 1948-model Silk City Diner, is known for its menu specials. It has attracted visitors from near and far, including celebrities.

The Blue Benn, considered a Bennington landmark, has been put up for sale by its owner of nearly 50 years.

The Blue Benn, a 1948-model Silk City Diner, is known for its menu specials. It has attracted visitors from near and far, including celebrities.

BENNINGTON — For the past three years, Mary Lou Monroe had pondered selling The Blue Benn, a diner her family has owned for nearly half a century. She was getting tired and felt it was time to turn over the business to someone new.

But Monroe didn't make the decision to sell till May — about two months after the coronavirus pandemic hit Vermont. The state has required brick-and-mortar businesses, notably dining establishments, to make operational changes in order to protect public health.

"With the diner being so small, trying to keep it safe for our employees and customers and be in compliance with the many new rules and regulations, I just didn't feel I was up for the fight of it all," Monroe, 77, said over the weekend. "Not to mention that I am tired and burnt out."

The Blue Benn, considered a local landmark, went on the market nine days ago. Besides the diner car and the land, included in the tag price of $595,000 are the business name, diner furniture and appliances. It has a dining capacity of 62.

As of Monday, Monroe's realtor listed the property as "active with contract," meaning the seller has accepted an offer but not yet closed the deal.

The Blue Benn has been a Bennington fixture since 1948, the same year the prefabricated Silk City Diner was manufactured in Paterson, N.J.

Monroe said her late husband Sonny Monroe began working at the diner in March 1973, when his former employer, the Vermont Restaurant, closed. On Christmas Eve of the following year, the couple officially became the diner's owners and named it Sonny's Blue Benn Diner.

Their daughter, Lisa, then 10, began helping out during school breaks. She eventually became the diner's manager till the state mandated restaurants to close in March because of the pandemic.

The place, which has drawn celebrities, was known for Sonny Monroe's menu specials posted on the wall behind the counter.

"I would always say, 'Hon, you are supposed to be thinking about me when we would go to bed at night, not what kind of special can you create for the next day,'" Monroe said. "Not to mention that the signs posted became a bone of contention between us as I really liked showing off the beautiful stainless steel, instead it got plastered with all kinds of signs."

Monroe said she wanted to continue being a "force" at the diner, but that ended when her husband died in December following a long illness. He had retired from the diner about 10 years ago.

"When he passed, the spark of life for me at the diner just wasn't there anymore," she said in an email. "It is time to turn the key over to someone else, let them grow with their ideas."

The North Street diner has not reopened even after the state allowed indoor dining to restart in June.

Estimates show that around 30 percent of Vermont restaurants have closed as a result of the pandemic, said Matt Harrington, executive director of the Southwestern Vermont Chamber of Commerce. At the same time, he said, the economic downturn has also spurred small businesses to innovate in order to stay afloat.

Harrington described The Blue Benn's sale as a "sad, historic day" for Bennington, but believed a new phase in the diner's history is waiting to start.

"The Blue Benn is an icon and I don't imagine it being on the market for too long before some smart, young business owner snatches it up," he said.

Jonathan Cooper, of the Bennington County Regional Commission, said the diner's closure goes beyond its impact on the local economy. It has shaped the experiences of visitors to Bennington, as well as holds special memories for local residents.

"A number of residents think of The Blue Benn as where they held down their first job, where their parents went on their first date, where they gathered in memory of a departed friend, and other personal story lines," Cooper said.

The diner's new owners, he said, could find ways to honor the diner's history since community members "now more than ever" are likely thinking about their personal connection to The Blue Benn.

The Blue Benn holds a treasure trove of memories for Monroe. But the dearest to her is that it's the place where Lisa met her husband, Bill LaFlamme.

"He was one of our delivery men, working at another local business here in town," Monroe said. "I am blessed, proud and happy he is part of our family, who gave us two wonderful grandsons."

The diner's staff have also become part of their family, she said. Nine of their 10 employees (excluding Lisa and Sonny's sister, Pat Shepard) have worked at the diner between 10 and 33 years. Monroe believes her staff would want to continue doing their jobs under the new owners. And their customers would be happy to continue seeing the staff with whom they've developed bonds over the decades.

She talked about how grateful she was for their customers' support through almost 50 years in the business.

As for her retirement plans, Monroe really hasn't made any yet. "I guess you could say it is time for me to just relax, enjoy my remaining years as less stressful as I can," she said.