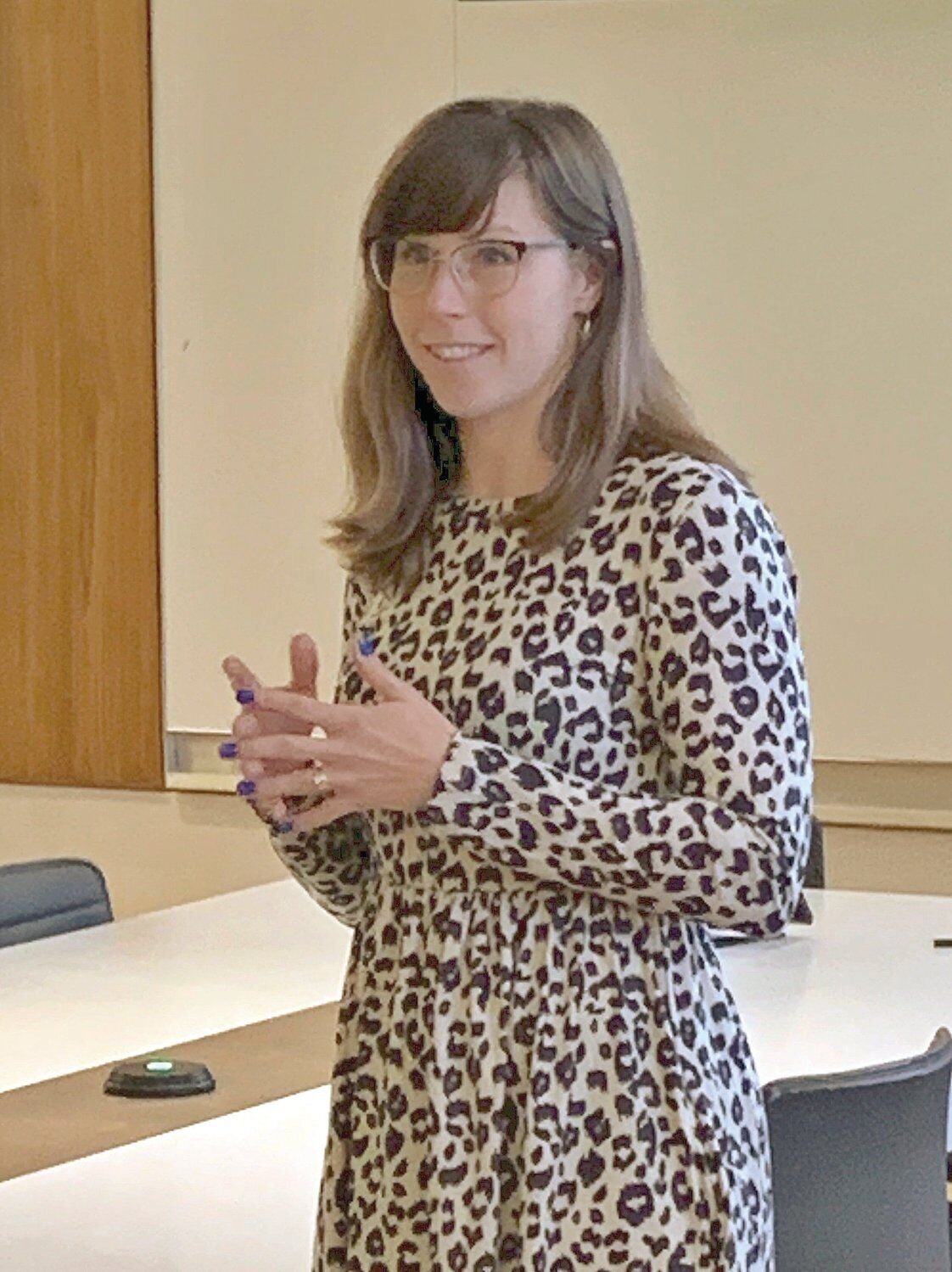 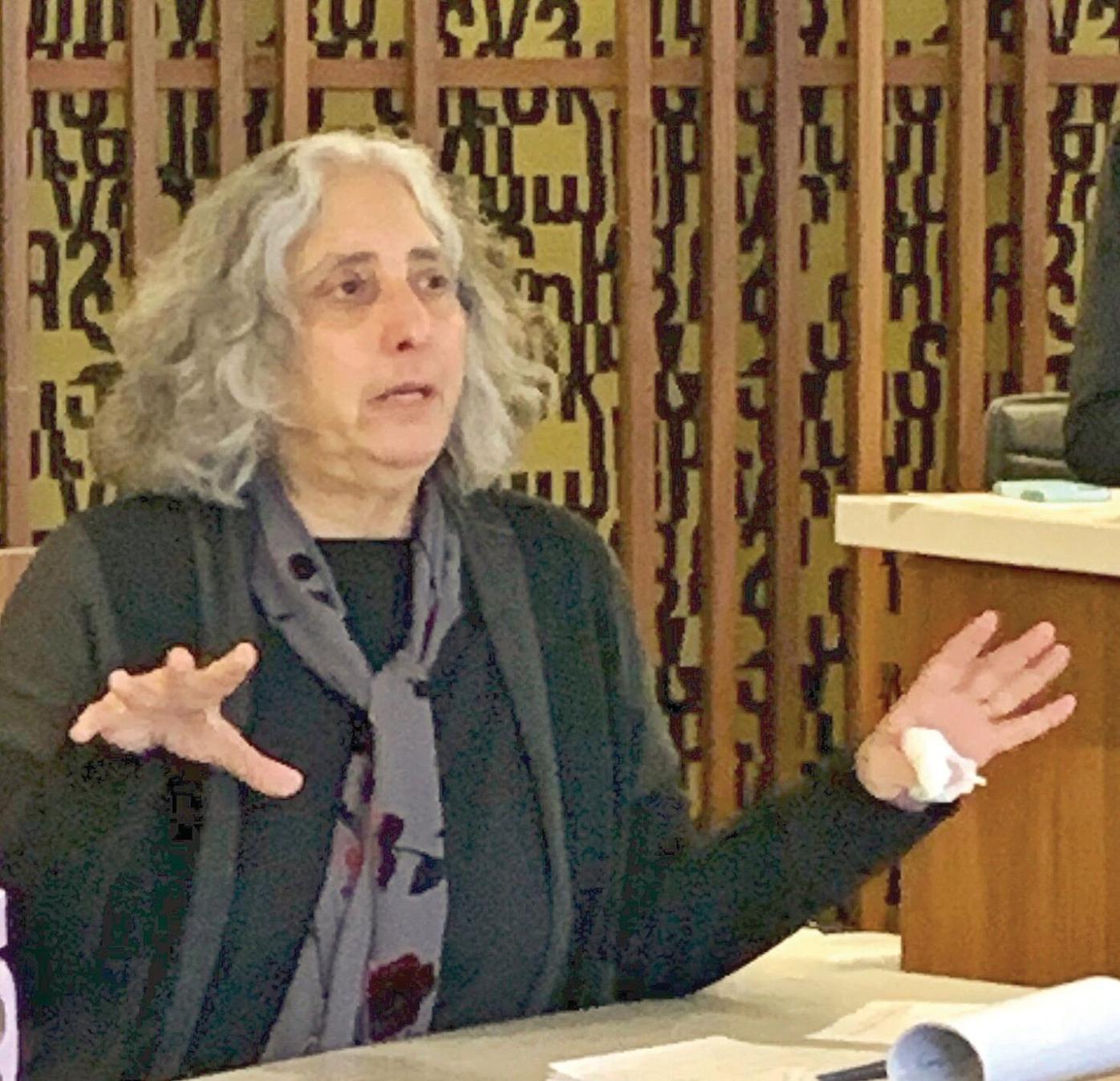 Susan Sgorbati, director of the Center for the Advancement for Public Action (CAPA) at Bennington College.

Susan Sgorbati, director of the Center for the Advancement for Public Action (CAPA) at Bennington College.

BENNINGTON — Two groups involved in local food security, which in the past have followed separate tracks, met this week to share plans and discuss opportunities for cooperation.

The Bennington Hunger Council, which is supported by Hunger Free Vermont, held its quarterly public meeting on Tuesday at the Center for the Advancement of Public Action (CAPA) at Bennington College.

Bennington College and CAPA in May received news of a $1 million grant from the Andrew W. Mellon Foundation to launch a three-year collaborative effort with local partners to address the systemic causes of food insecurity in Bennington County.

Both groups in recent years mainly have held separate periodic discussions of food issues. Now, both are seeking a more hands-on role.

On April 24-25 2020, CAPA and the Bennington Regional Planning Commission are going to hold a regional food summit at the college. They want to invite everyone in the region who is interested. The summit will consist of trainings, workshops, panels and networking.

The Bennington Hunger Council formed in 2016. Membership is open to anyone interested in combating food insecurity. It has held quarterly meetings focused on information sharing and topics such as veterans and food security, universal free school lunches, composting and waste, Meals on Wheels and the transitional care nursing program of Southwestern Vermont Health Care, said group co-chair Kathy O'Reilly, a public health nurse with the Vermont Department of Health.

The previous group co-chair has left the area, so O'Reilly recruited her new supervisor, Megan Herrington, district director of the Bennington Office, Vermont Department of Health, to be co-chair.

"In my previous position I was with the Second Harvest Food Bank of Greater New Orleans. I just moved to Vermont in the last six months," Herrington said. "I also had the privilege of sitting on the New Orleans Food Policy Committee. And that was an advisory committee that worked with the city council. and advised on food policy for the city."

She added, "What I really enjoyed about that work is that that work was for everybody. It concentrated on low-income residents, of course, but everyone tends to benefit from that kind of work."

Herrington said the Hunger Council plans to still meet quarterly as a whole but also will create three working groups or "buckets" in the areas of food access, business development, and food production. Volunteers are needed to serve on these committees.

O'Reilly said she would serve as co-hair for the rest of Hunger Council year, but as she and Herrington are both from the Department of Health, it would be good to get a co-chair from a different sector.

Herrington also serves on the advisory board for Bennington's College Mellon grant.

"I'm so excited about this new role," she said. "It's really exciting to see such a diverse group of people in the room.".

Susan Sgorbati, director of CAPA, discussed the origins of the Mellon Grant to address the systemic causes of food insecurity in Bennington County. It has given the college a real opportunity to connect to the local community, she said.

"We're certainly no experts, so I feel like this is like the beginning of trying to understand how we could be helpful. Our students are really interested in this topic," Sgorbati said. "They come from all over the world and all over the United States. They are really committed to what they would call food justice, food sovereignty and food security. So we thought for the first six months we're just going to take time and gather information. And the first thing that we did, when the grant came to us, is we said there's no way we can do this without partners. And so they said OK come up with three partners that you want to have help."

The college has brought in a visiting professor who is an expert on food security, Tatiana Abatemarco. This fall she has been teaching two courses, "Introduction to Food Studies" and "Gender and Agriculture: Market and Subsistence."

"She's a wealth of knowledge," Sgorbati said. "You'll see that there's so much information that she brings to this."

In addition, during the fall semester, Sgorbati has been facilitating a CAPA course called "A Complex Systems Approach to Food Insecurity in the Town of Bennington." Much of the course has been discussions with a wide variety of local stakeholders and outside experts in the fight against food insecurity.

The Mellon grant has allowed CAPA to create a community resource fund to make grants to local projects during the three years of the grant.

"We have an open application process," Sgorbati said. "We have eight applications, really strong ones." The projects will fall into the three categories Herrington spoke of earlier in the meeting.

The students involved in the CAPA effort have heard from many different people and learned much. Now they are in task forces working on a way to organize what they've learned so that they can present it to the local community, Sgorbati said.

The students are also concerned with best practices. In one exercise they came up with three key words: Democracy, Economics and the Environment.

The students want these three values to be part of strengthening every project they get involved with.

"These are the three things that we really care about, and if we want to talk about food insecurity and access and food justice, we have to know what our values are around democracy, economics and the environment," Sgorbati said. "This is not Republican, this is not Democratic. We're not going to put any labels on this. We just want to say what our values are."

Mark Rondeau is the Banner's night editor. He can be reached at mrondeau@benningtonbanner.com