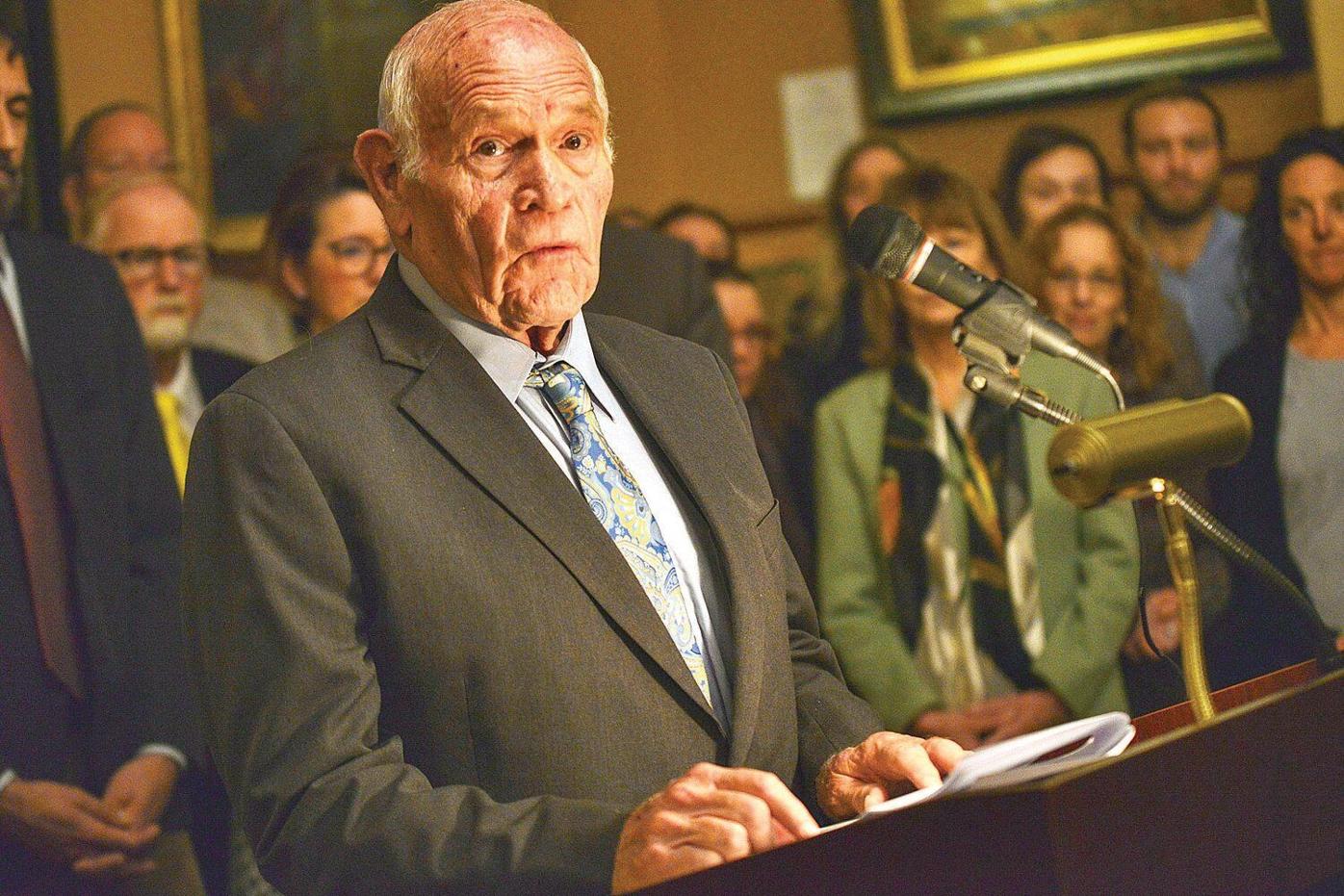 State Sen. Dick Sears of Bennington talks about legalizing the commercial sales of marijuana during a press conference at the Cedar Creek Room inside the Vermont State House, in Montpelier on Jan. 9. 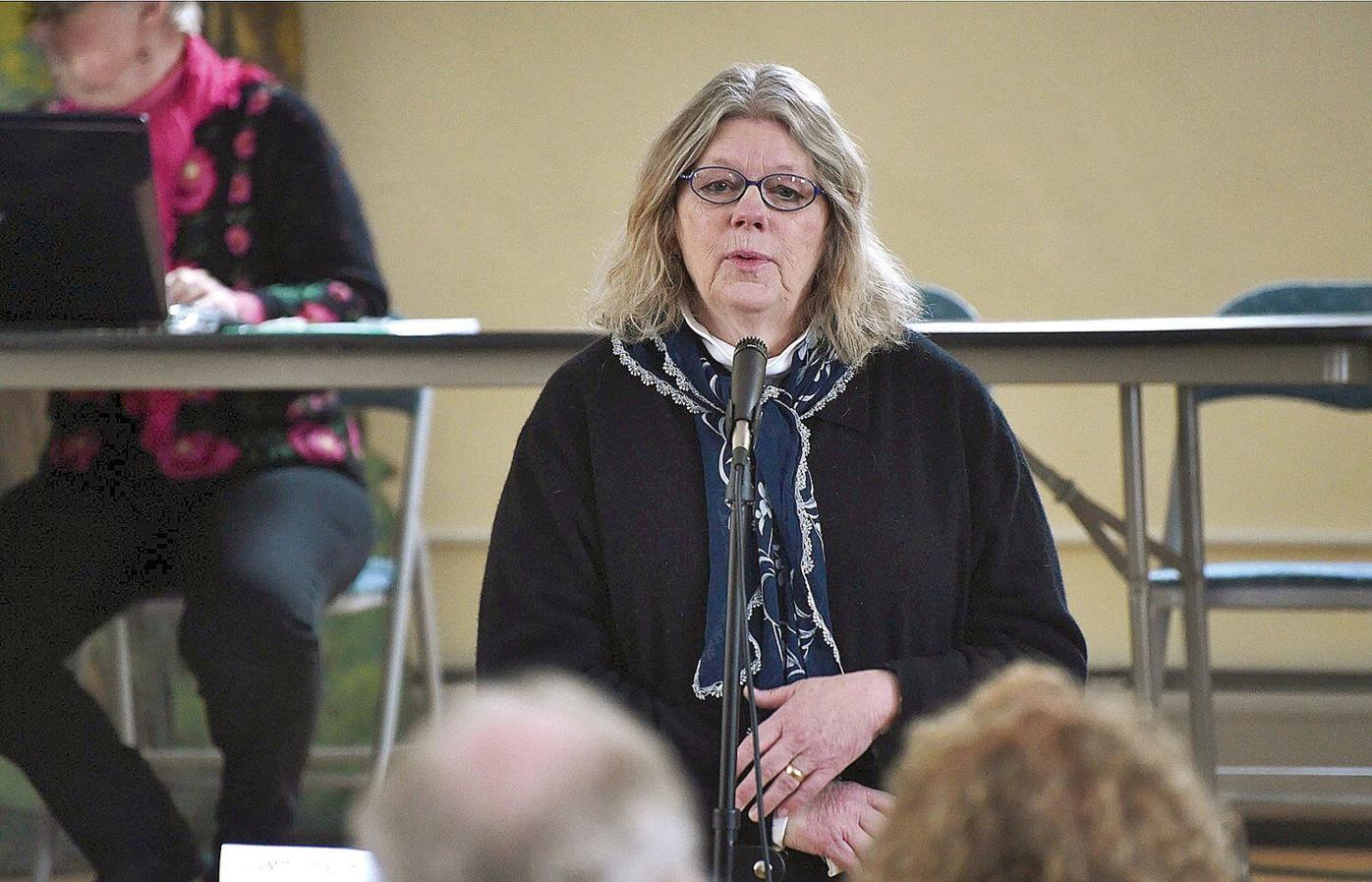 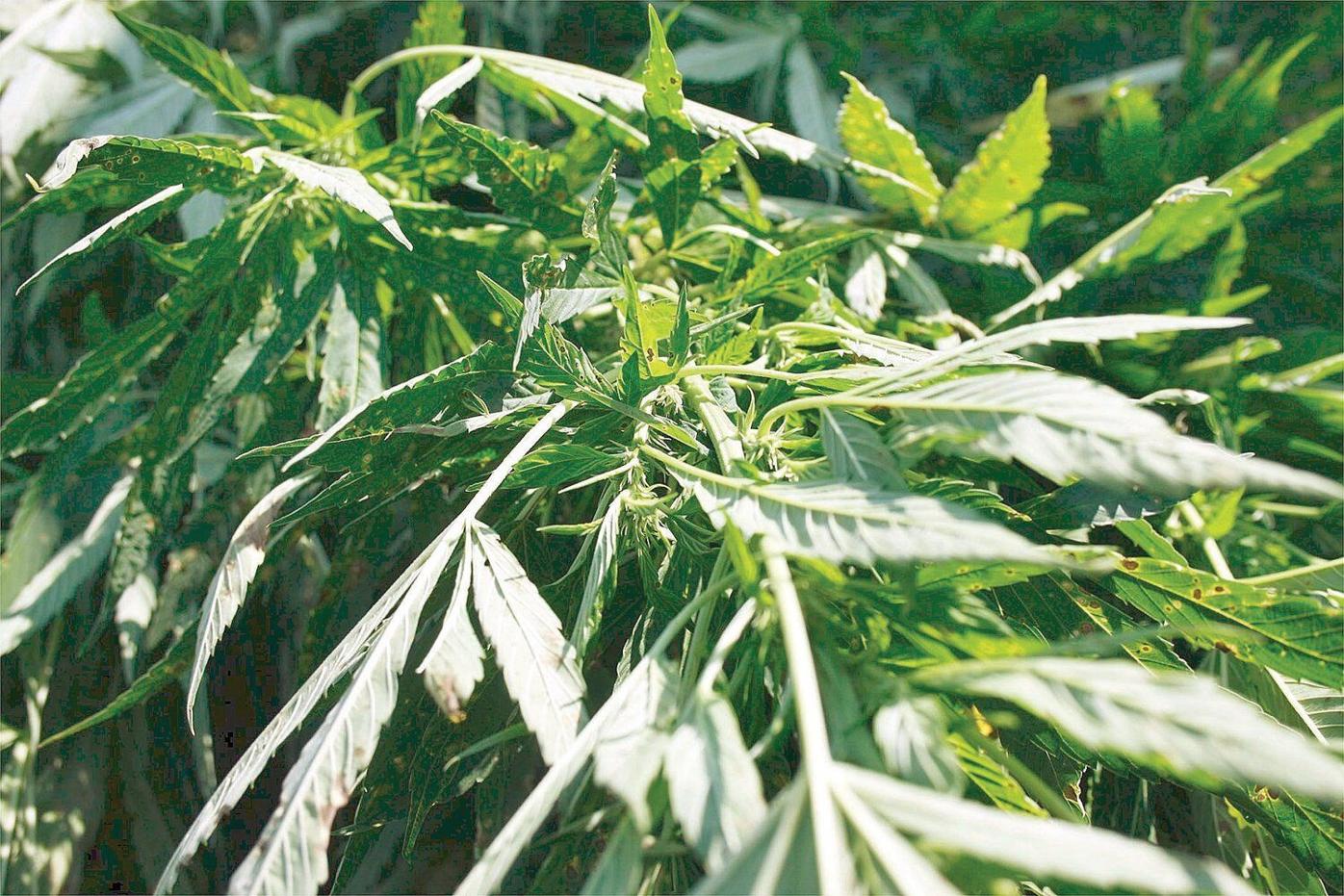 Marijuana plants lay in a pile after being cut down by Brattleboro Police off of Upper Dummerston Road in Brattleboro.

State Sen. Dick Sears of Bennington talks about legalizing the commercial sales of marijuana during a press conference at the Cedar Creek Room inside the Vermont State House, in Montpelier on Jan. 9.

Marijuana plants lay in a pile after being cut down by Brattleboro Police off of Upper Dummerston Road in Brattleboro.

MONTPELIER — A conference committee representing the Vermont House of Representatives and state Senate has reached a compromise on a bill that would allow for the legal sale of marijuana, as well as taxation on those sales.

The three House members of the committee agreed to drop language in the house version of S.54 that would have prevented advertising for cannabis-related businesses. Instead the executive director of the Cannabis Control Board, which would be established by the bill, would consult with the attorney general and the Department of Health to determine advertising standards for both medical and recreational cannabis products.

"The proposal shall reflect the General Assembly's priorities of not promoting cannabis use, limiting exposure of cannabis advertising to persons under 21 years of age, and ensuring consumer protection and public safety," the compromise language says.

On taxes, the Senate agreed to a House proposal collecting fees from cannabis licensees and distributing proceeds to towns hosting such entities. In so doing the Senate members dropped their insistence upon returning 2 percent of a 14 percent tax on cannabis going back to host towns.

Once a committee report is signed, which is expected as early as Wednesday, the compromise would head to both chambers for an up-or-down vote. It would then head to Gov. Phil Scott's desk, where it might meet more opposition, as Scott has insisted that some form of roadside test for impaired driving accompany a legal marijuana market in Vermont.

State Sen. Dick Sears, D-Bennington, who led the Senate side of the conference committee, said he was "somewhat relieved" that the bill has finally reached a compromise. The Senate version of the bill was first introduced in January 2019, when the current biennium started.

"It's not perfect. There's a lot of compromise, a lot of give and take on both sides to get to a place where we could reach agreement," Sears said.

But Sears warned that even if the bill passes and becomes law, it's just a start to a long process.

"No state has gone into this process that didn't take at least a year and a half," he said. "I expect Vermont will be the same but it does set us on that road."

Since 2018, marijuana has been decriminalized for personal possession and use in Vermont, with limits of up to one ounce or two mature plants. But there remains no way to legally purchase or sell marijuana for recreational use in the state, which also has a separate medical marijuana program.

One of the key stumbling blocks has been the insistence of Scott and some lawmakers upon a roadside saliva test as part of road safety enforcement. The House version of S.54 provided for a saliva test — but upon condition of police obtaining a warrant.

On Sept. 4, the state Senate conferees offered a compromise on saliva testing: They dropped their opposition to it in return for the House removing a provision that would make seat belt use a primary reason for a motor vehicle stop. It was one of several significant stumbling blocks cleared away in that session.

"Seat belts was a very important provision for the House. But part of working in a conference committee is working with members as you try to negotiate a compromise," said state Rep John Gannon, D-Wilmington, who headed the House side of the panel. "That was a critical concession that the House had to make. we were able to agree, which definitely broke a log jam in negotiations."

On the other hand, White is glad the bill will give some priorities to small growers, and will seek a means of restitution for impacts on communities that may have been more impacted by past drug laws, notably communities of color and low-income communities. And she is pleased that the medical marijuana program will be placed under the new cannabis board rather than the Department of Public Safety.

Gannon said he is thankful for Sears' patience, as this was his first conference committee experience. He is also thankful that Southern Vermont lawmakers could come together on a regional issue — their constituents' proximity to Massachusetts, where marijuana sales are legal.

Gannon says Massachusetts shops advertise in his local newspaper, and on Interstate 91 billboards just over the state line. Sears said he understands a legal marijuana shop in Williamstown, Mass., sees 20 percent of its business from just over the border.

It's Gannon's hope the bill will be a benefit to the state.

"As the House has been doing work on this bill, we have been very cautious to male sure important consumer protections are built in to this legislation," he said.

"I have been on many conference committees in my career, and this was not easy," Sears said. "This is a compromise that puts us on a path to a tax-and-regulate system. And I think it's important to say it's a start, not a finish."