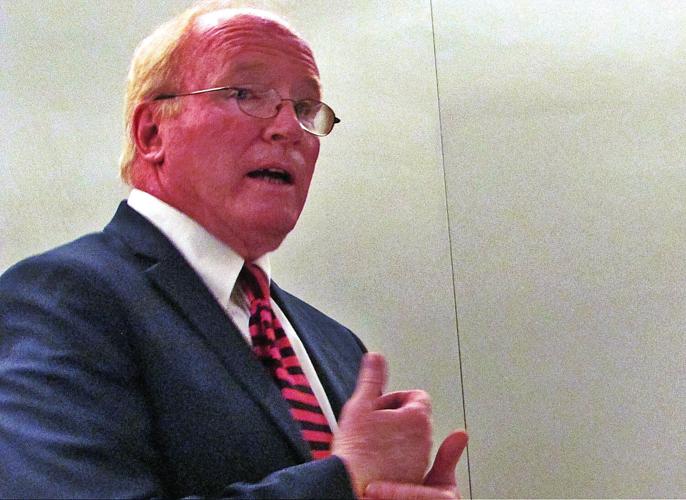 ED DAMON - THE BENNINGTON BANNER Kevin J. Mullin, chairman for the Green Mountain Care Board, speaks during a panel at Bennington College's Center for the Advancement of Public Action on Thursday. 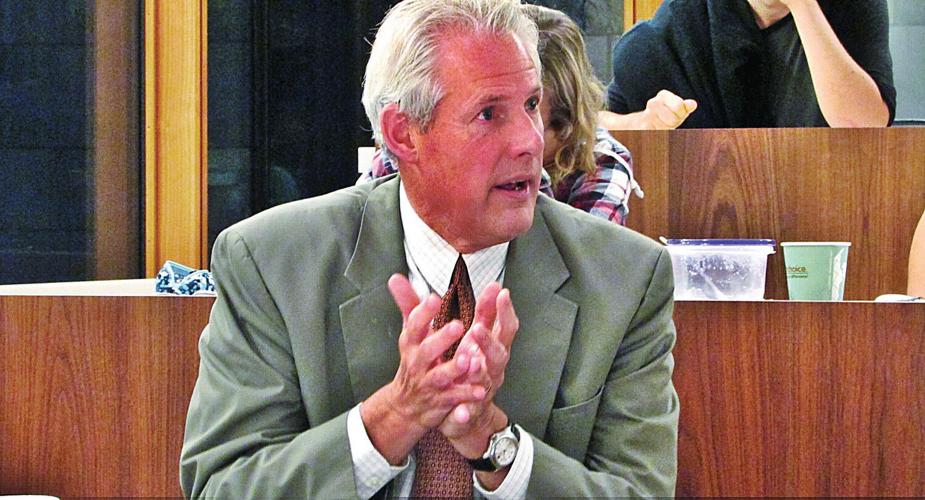 ED DAMON - THE BENNINGTON BANNER Tom Dee, president and CEO of Southwestern Vermont Healthcare, speaks during a panel at Bennington College's Center for the Advancement of Public Action on Thursday.

ED DAMON - THE BENNINGTON BANNER Kevin J. Mullin, chairman for the Green Mountain Care Board, speaks during a panel at Bennington College's Center for the Advancement of Public Action on Thursday.

ED DAMON - THE BENNINGTON BANNER Tom Dee, president and CEO of Southwestern Vermont Healthcare, speaks during a panel at Bennington College's Center for the Advancement of Public Action on Thursday.

BENNINGTON — Reforming health care in Vermont will be vital in improving the health of residents and containing costs, according to those who spoke at a panel at Bennington College this week.

High costs of prescription drugs and hospital administration were raised at Thursday night's panel at the college's Center for the Advancement of Public Action. Also, the move to an all-payer model from a fee-for-service model.

"That will be a mountain of a shift if it can be accomplished," said Kevin J. Mullin, chairman of the Green Mountain Care Board.

Prior to Mullin's appointment to the board in March, Gov. Peter Shumlin's administration reached an agreement with the U.S. Centers for Medicare and Medicaid Services on the health care payment system. Under the all-payer model, Medicare, Medicaid and commercial insurance companies would pay doctors monthly fees for taking care of patients, rather than pay for individual services. Payments would be accepted by an accountable care organization, which would in turn pay doctors for the quality of patient's care.

Mullin, a former Republican state senator from Rutland, said health care regulators must work to meet obligations to the federal government through 2022, mainly, keeping Medicare and the general populations below the national trend.

"It's not going to happen overnight," he said.

Seven of the state's 14 hospitals, including Southwestern Vermont Medical Center in Bennington, will participate starting in January. Bennington County, population of about 35,000, is one of the sickest populations in Vermont, Dee said.

"I don't think we're going to solve this problem by staying the status quo," he said. "We need to have big thoughts and big ideas to change it."

A move to an all-payer model would put an emphasis on wellness and prevention, Dee said. "It has the potential to start paradigm of how we care for patients."

Act 48, signed by former Gov. Peter Shumlin in 2011, directed the creation of a single-payer model of healthcare. But the single-payer plan, called Green Mountain Care, was abandoned in 2014.

An 11.5 percent payroll tax and an income tax up to 9.5 percent were seen as unsustainable, especially on small businesses, Lyons said. Another obstacle: Larger businesses have the right to continue self-funded employer-sponsored health plans; the Employee Retirement Income Security Act (ERISA) prohibits states from regulating most elements related to those plans.

"Unless they see an economic benefit, we aren't able to step into the single-payer world," she said. "It's going to be a matter of negotiation and political will."

A priority for the Senate Health and Welfare committee, on which Lyons sits, will be a plan to create a publicly finance health care system, she said.

The state's Dr. Dynosaur program is "a tangible example of a success story of a public health program," said Sterling, former director of Vermont Leads and advocate for a single-payer system. There are now fewer than 1,000 uninsured young people 19 and younger in state, he said.

Republican opponents of the Affordable Care Act are working to nix it. Public perception over the state's public health program is different, Sterling said. "Your neighbors were on Dr. Dynosaur," he said. "It's not a partisan divide."

"When we passed that, I believed the biggest increases would be in brand name drugs," Mullin said. "But the biggest were in generics. That's a huge cost to all of us... It was really disheartening."