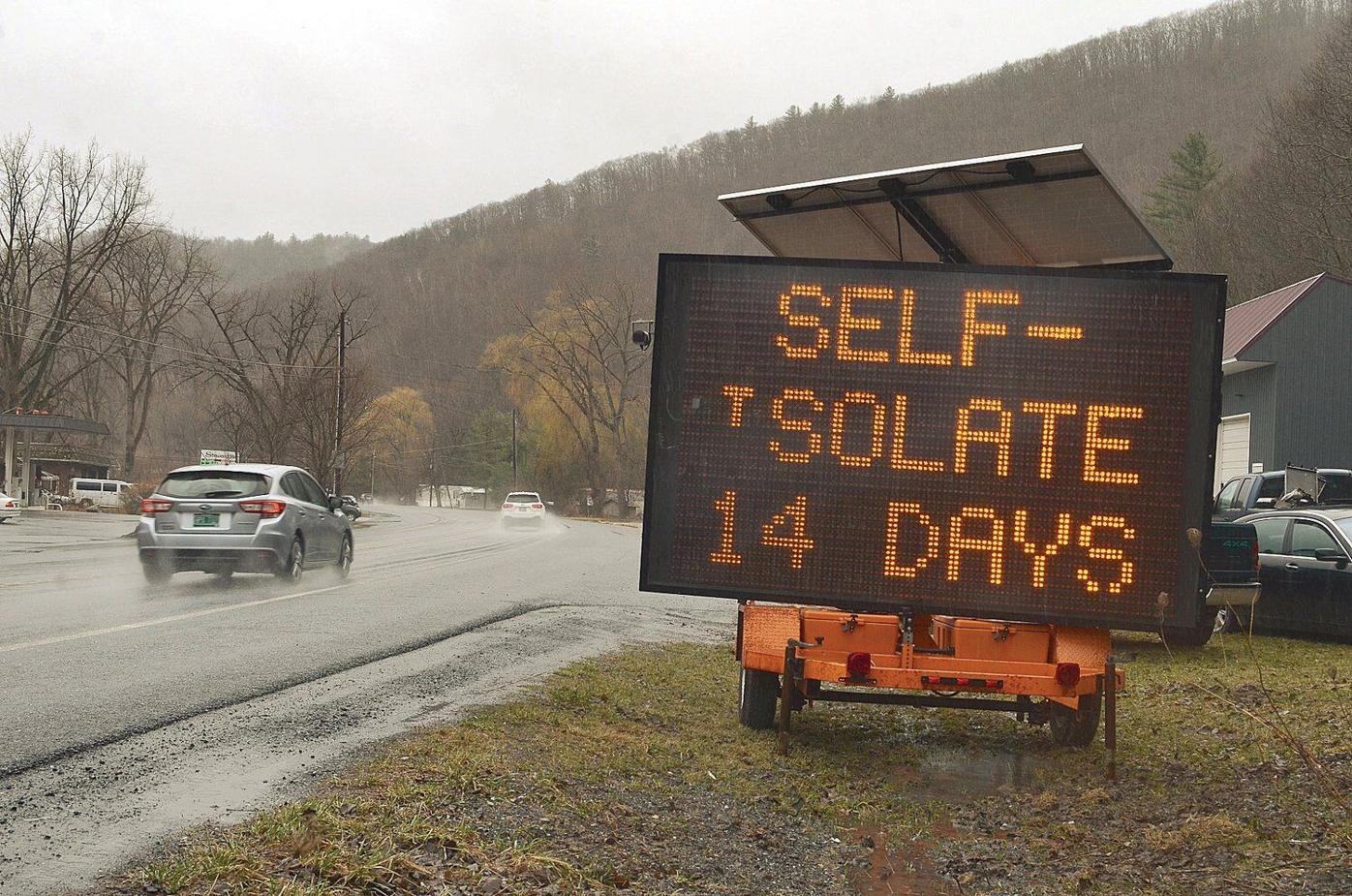 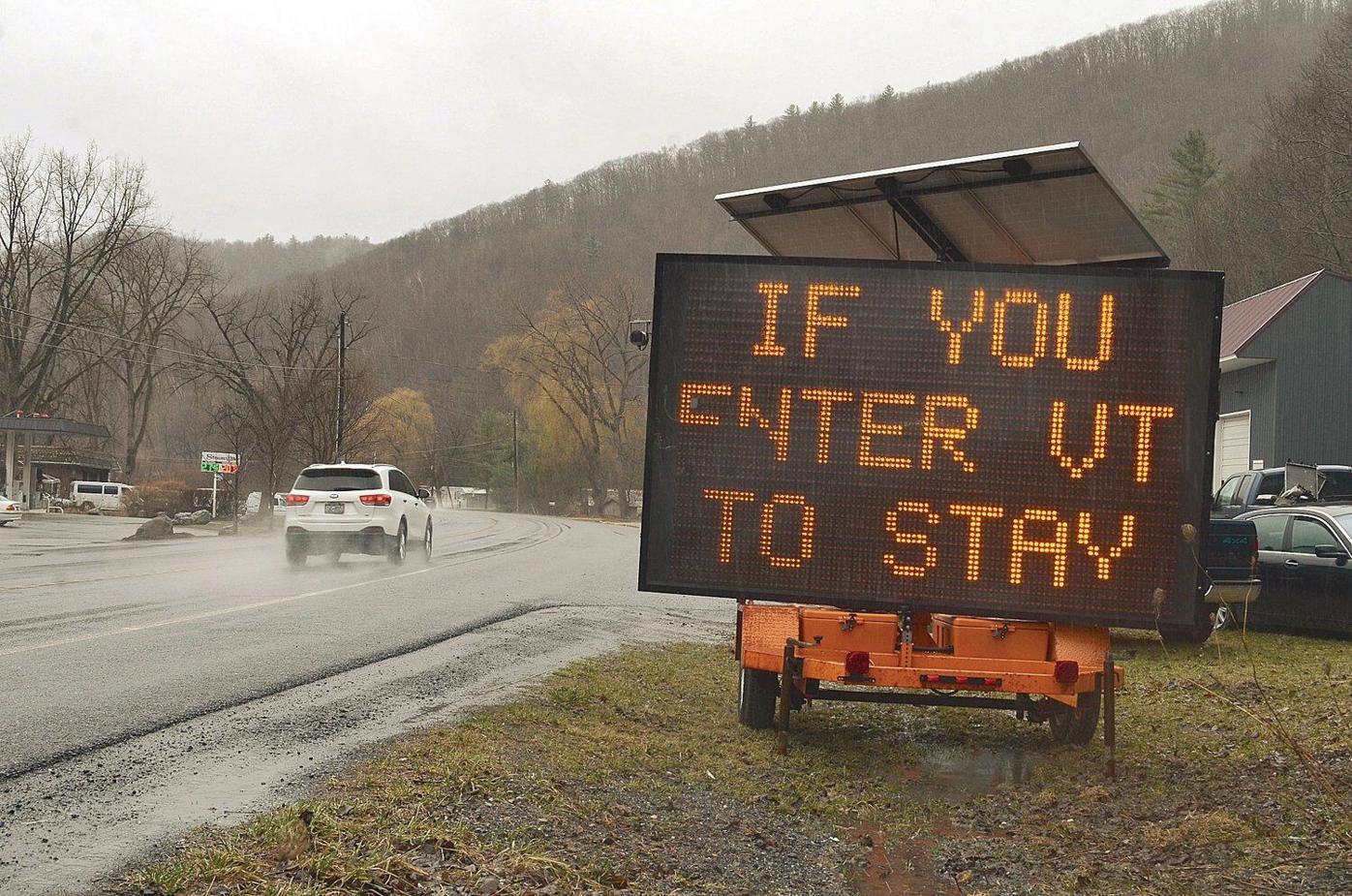 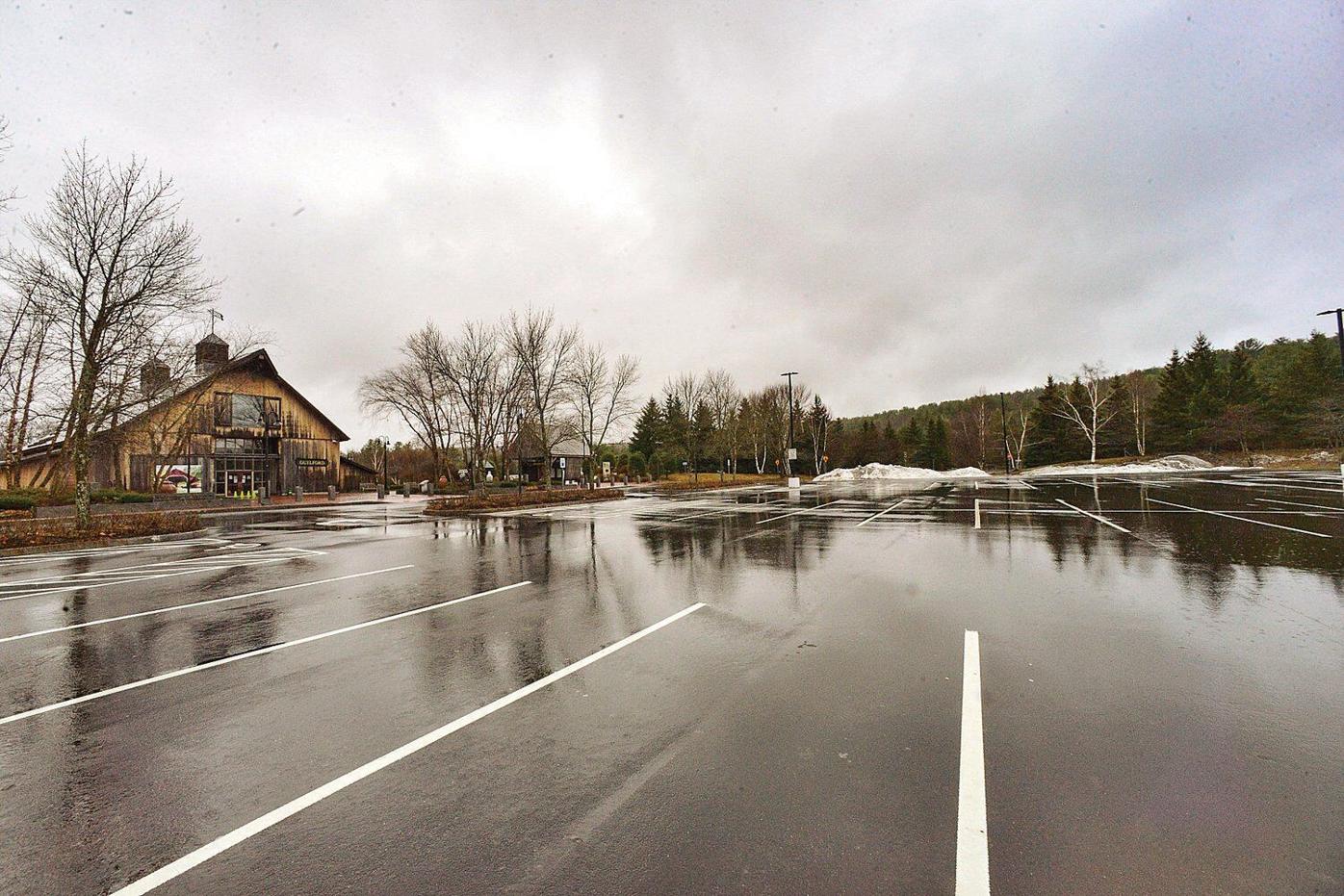 An empty parking lot at the Welcome Center on I-91, in Guilford, Vt.

An empty parking lot at the Welcome Center on I-91, in Guilford, Vt.

MONTPELIER — In a continued effort to slow the spread of the coronavirus-caused disease COVID-19, Gov. Phil Scott has issued new restrictions on travelers, ordering anyone traveling to Vermont for anything other than an essential purpose to home quarantine for 14 days.

Scott, at a press conference Monday, also strongly discouraged travel to Vermont by those coming from COVID-19 "hot spots" including, among others, the states of Florida and Louisiana and the cities of Detroit, Chicago and New York City.

Scott acknowledged that the order does not provide for any specific enforcement of the travel restrictions.

"We are not going to be able to enforce our way through this," he said. "We need everyone entering Vermont to be a good neighbor and abide by the self-isolation directive.

"Here's what I want everyone to understand — if you don't need to come to Vermont, please don't. This is about public health and safety."

Residents of New York, New Jersey and Connecticut should stay in their home states in strict compliance with Centers for Disease Control and Prevention travel guidance issued last Saturday, according to the order. That CDC guidance urges residents of those states to refrain from non-essential domestic travel for 14 days, effective immediately, due to extensive community transmission of COVID-19 in the area.

"That's not who we are as Americans, and certainly not as Vermonters," he said. "We've got to remember, as Americans, we're all in this together. So I'm asking everyone to join us in this effort."

Vermont reported 256 COVID-19 cases and 12 deaths as of Monday afternoon. Half of the cases were in Chittenden County, according to the Health Department, with 17 cases in Bennington County and 11 in Windham County.

Essential purposes as defined in Scott's order include travel required for personal safety; food, beverage or medicine; medical care; care of others; and to perform work, services or functions deemed critical to public health and safety, as well as economic and national security, as set forth in Scott's recent "Stay Home, Stay Safe" order.

That order, issued on March 24, directed non-essential businesses to cease in-person operations in Vermont; that order identified lodging as essential "to the extent required to support COVID-19 response, critical infrastructure and national security."

Monday's order, Scott said at the press conference, provides more certainty on what that means, clarifying that hotels, motels, bed-and-breakfasts, short-term rentals (e.g, Airbnb, Homeaway, VRBO), campgrounds and RV parks must be closed, except when essential.

Because there are so many hot spots for COVID-19 around the country, said Vermont Health Commissioner Dr. Mark Levine, this effort "is just plain sound public health policy, and it will protect us all."

Michael Schirling, commissioner of the Vermont Department of Public Safety, said at the press conference that law enforcement monitored compliance with lodging closures this past weekend. Of 318 known lodging properties — excluding those like Airbnbs — 88 were open, half were in compliance, and 44 appeared to be non-compliant, he said.

On Sunday, those properties received a letter indicating they need to bring their operations into compliance, and the attorney general will be following up, he said. After that, there will be regular monitoring by law enforcement.

"We have every belief these properties will become compliant and we'll be able to maintain health and safety as a result," Schirling said.

Providers may allow guests who are already there to remain through the end of their scheduled stay.

When asked if he had any doubt the "Stay Home, Stay Safe" order would have to be extended, Scott said, "I think everyone should expect that this will be extended."

"In terms of how long — that's a good question," he said.

The state will be sharing its modeling within the next few days, as it's important to understand how critical it is that Vermont gets its response to COVID-19 right, so as not to overwhelm the health care system, he said.

"If we take this seriously this will go a lot better than the alternative," Scott said.

Officials expect a peak in COVID-19 cases sometime in April, he said.

Vermont has created a COVID-19 patient test site at Landmark College in Putney.

This site is being established to provide additional testing capacity for people who have a referral from their health care provider, and began operating Sunday. The Landmark College site will be operated by the medical division of the Vermont National Guard.

The hours, and for how many days the site is open, will depend on the availability of testing supplies, the Health Department previously said.

"Early and broad testing is a proven strategy to mitigate the spread of this virus," Levine said at Monday's press conference.

It's still early enough in the spread of COVID-19 in Vermont that this can help flatten the curve, he said, while emphasizing that people cannot just show up for testing.

"We continue to rely on your own physician's judgment," he said, adding that if people are tested before they have symptoms, they may have a false negative test.

"As our testing capacity increases, you can expect to see an increase in the number of positive tests," he said. This will reflect more tests, but not necessarily more positives, he said.

There is currently no plan for wide-scale testing, however, Levine said.

"Testing is not treatment," he said. "Testing will occur for those that become symptomatic."

In response to a question regarding how long Vermont may wait to see a change in the curve of infections through staying home, Levine said "most people think it's in the several-week range."

But testing isn't the only way to see if the state reaches a plateau in cases — officials will also be looking at other indicators, like hospitalizations, he said.

The state is continuing to follow a COVID-19 outbreak at Burlington Health & Rehab, a long-term care facility in Burlington, and is following another outbreak at a senior living facility in Essex Junction, Levine said.

There are now two deaths associated with that senior living facility; one was of someone who lived there, and one was the significant other of an employee, he said.

"The health department has been very involved over the last 5-6 days with the basic work that it does in all of these outbreak situations," he said. "I want everyone to please stay safe, stay home, and keep informed."

The Health Department has also added a bot on its website for people to get answers to their COVID-19 related questions, he added.

Teams are also continuing to work on capacity for personal protective equipment and things like ventilators, with "literally millions" of items on order, Schirling said at the press conference.

Over 400 ventilators have been ordered, and officials are working daily to get delivery dates for those, he said.

Efforts are also underway to explore things like whether Vermont manufacturers can produce PPE, he said.

He and Scott added that six trucks from the federal government with PPE supplies arrived over the weekend, and additional trucks will be coming. The items received include surgical masks and face shields — "hundreds of thousands" of items, Scott said.

He emphasized that Vermont is not relying exclusively on the federal government for help.

"That is one avenue," he said. "It is not by any means the exclusive avenue."