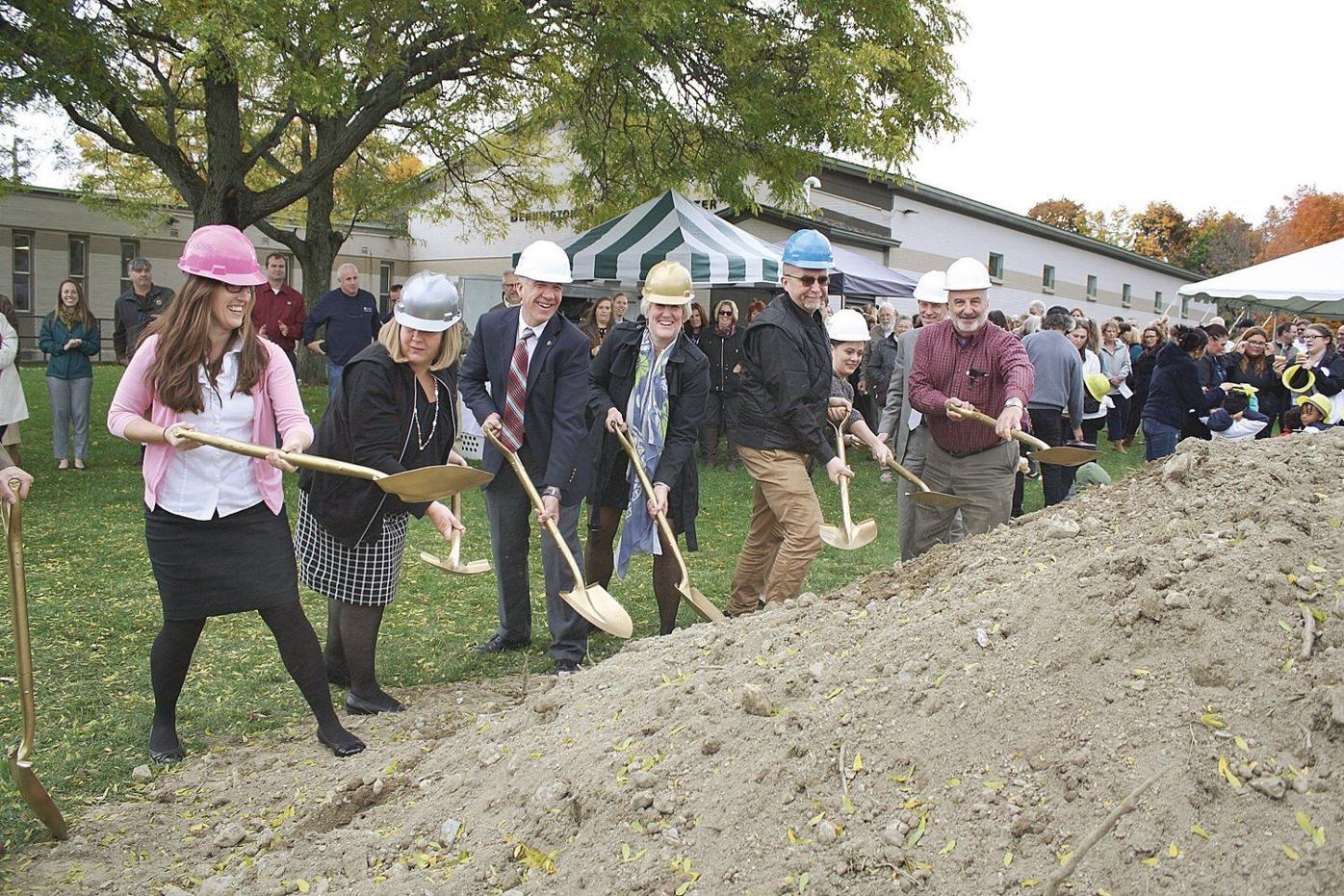 Gov. Phil Scott and local dignitaries breaking ground for the addition to the Bennington Recreation Center on Wednesday. 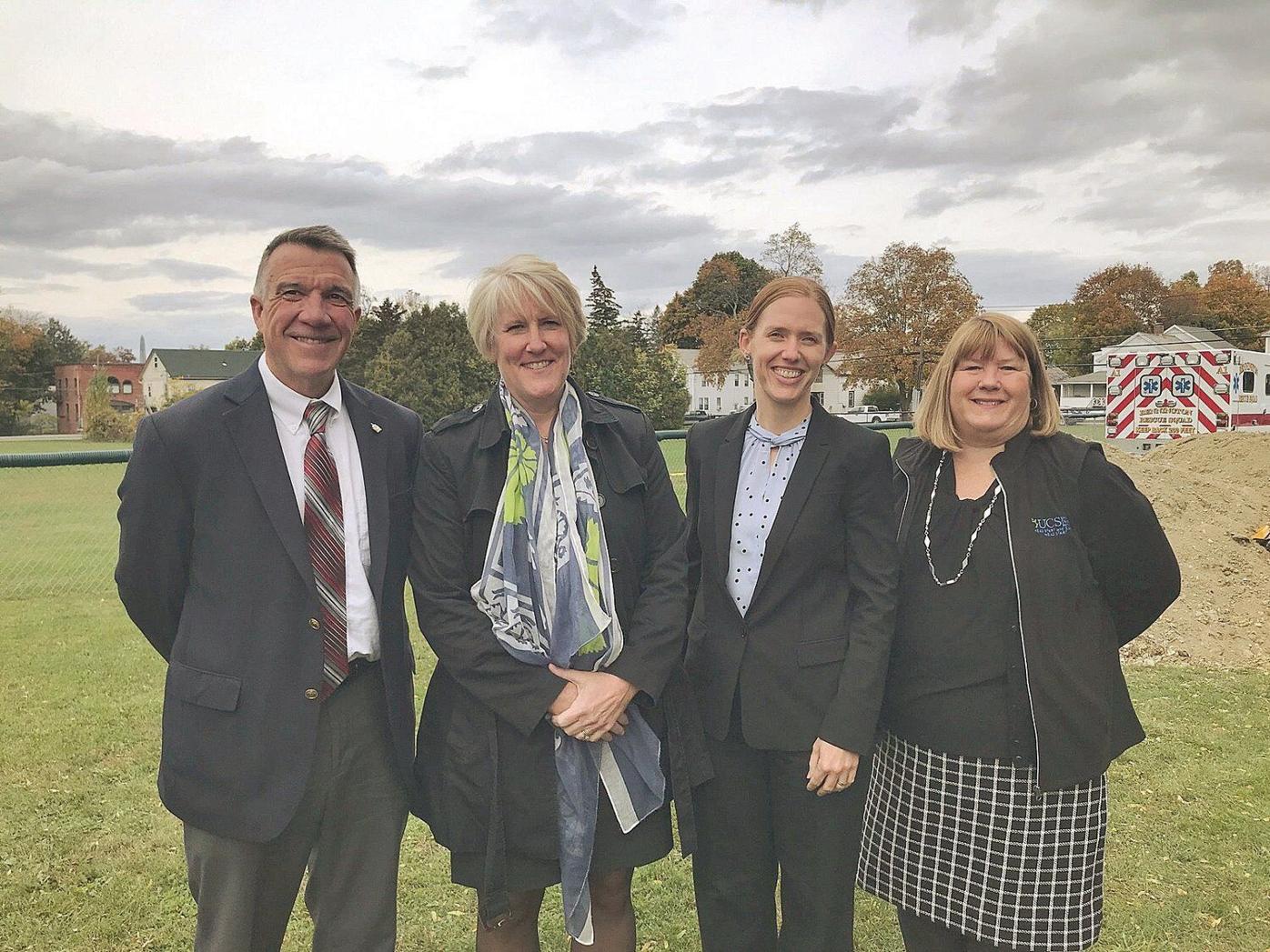 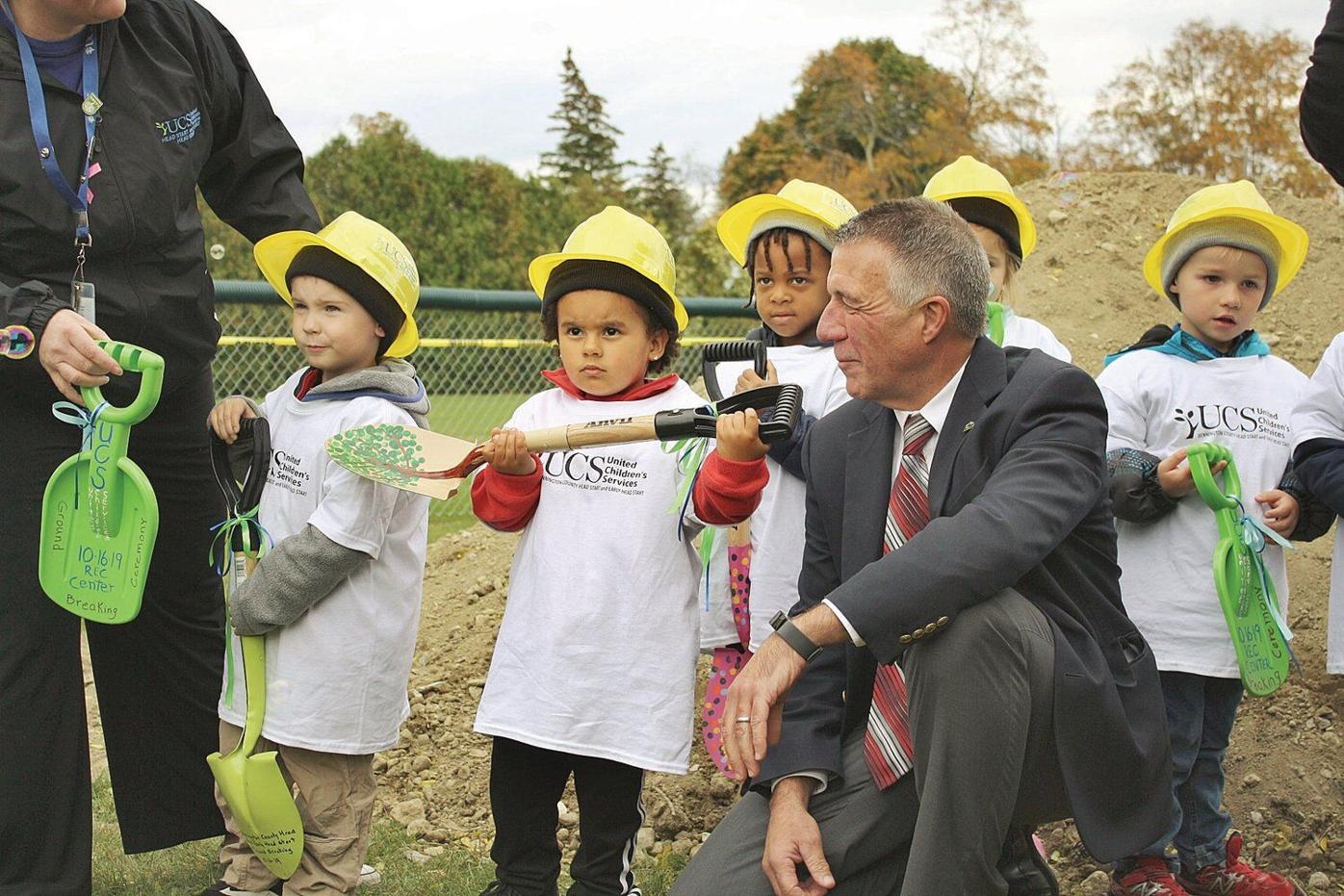 Gov. Phil Scott meets with Head Start students at the groundbreaking for the addition to the Bennington Recreation Center on Wednesday.

Gov. Phil Scott and local dignitaries breaking ground for the addition to the Bennington Recreation Center on Wednesday.

Gov. Phil Scott meets with Head Start students at the groundbreaking for the addition to the Bennington Recreation Center on Wednesday.

The center, to be constructed as an addition to the Bennington Recreation Center on Gage Street, is a joint project of the town, United Counseling Service, Bennington County Head Start and Early Head Start, and the Rec Center. In addition to childcare space, it will feature a multipurpose room, a community cafe, a new entrance with a lobby and elevator. It also includes the creation of 25 parking spaces and the installation of a sprinkler system throughout the building.

The 13,500-square-foot, $3.7 million addition is funded through grants to the local UCS Head Start program.

"We were thrilled that over 100 people came out to celebrate this exciting project. This expansion will improve the lives of so many in Bennington County," said Lorna Mattern, executive director of UCS. "Our partnership with the Town of Bennington allows us to bring quality, early childhood care and education to so many in the Bennington area."

According to UCS, parents who can depend on childcare that is safe, nurturing and educational are more productive and reliable members of the workforce. According to the 2018 Let's Grow Kids report, 78 percent of infants likely to need care in Bennington County do not have access to high-quality programs, and 53 percent of toddlers do not have access. The new Early Childhood Center will allow for an increased capacity for infants and toddlers.

Construction of the addition is expected to take about one year.

Monthly "Pulse" meetings are being held to review programming and construction updates with members of the public. The next meetings will be held on Dec. 18, Feb. 19, April 15 and June 17. All meetings are scheduled to run from 5:30 to 6:30 p.m., and will be held at the Bennington Senior Center at 124 Pleasant St.

A second phase of construction at the Rec Center, which has not yet been funded or permitted, would include a gymnasium and second-story running track addition.