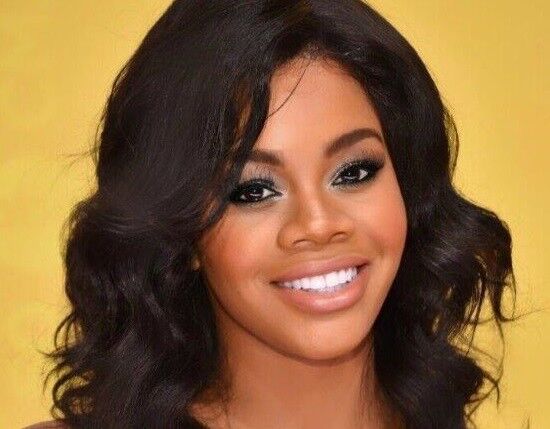 Being good enough to play a professional sport is the pinnacle for most athletes. But being an Olympian is a thought that few professional athletes themselves would likely never dream to achieve.

For those special few that are lucky enough to make it, the thrill doesn’t come every day – it’s a four-year process that is preceded by hours upon hours and years upon years of training.

People spend their whole lives training to represent their country on the biggest stage in the world, with billions of people watching around the globe, but, the truth is, many of those who spend their lifetimes training for the Olympics never even get close to a taste of glory.

At the Manchester Journal and Bennington Banner Regional All Stars gala and dinner June 27, we will have one of those who trained hard and succeeded in one of the most demanding sports on that famed global stage. The model for Mattel’s gymnast Barbie doll and one of the most recognizable faces in the world, three-time Olympic gold medalist, Gabrielle Douglas, will be our guest.

Born in Newport News, Va., in 1995, Douglas began her gymnastics career at age 6. By age 14, after success at junior levels, Gabby convinced her mother to allow her to move alone to Iowa to train with Liang Chow, a former coach who had led American Shawn Johnson to Olympic gold in the 2008 Games.

In 2012 at the London Olympics, Douglas won the most important medal of the Summer Olympics — the gold medal in the all-around competition, becoming the first woman of color and the first African-American all-around champion in Olympic history.

She followed this up, along with her team, The Fierce Five — Jordyn Wieber, McKayla Maroney, Kyla Ross, Aly Raisman — by winning the team gold for the United States for the first time since Atlanta in 1996, making Douglas the first gymnast to accomplish the double.

After the London Games, Douglas went through a period of change in her personal and professional life, including a move to Los Angeles to be with her family and switching coaches. Eventually, Gabby moved to Ohio to train under Kittia Carpenter, with intentions to return stronger than before. In 2015, Douglas came back with a vengeance, being named again to the U.S. Senior National Team and winning gold and silver at the World Artistic Gymnastic Championships in Scotland – the first reigning Olympic all-around champion to come back and place since 2001.

Gabby balances her gymnastics career with being an average young adult. She just happens to have had her picture on a box of Kellogg’s Corn Flakes at 16. In 2015, between training and traveling the world, Douglas took time to prioritize her education, graduating with her High School diploma from Oak Park Independent School in Southern California.

But it wasn’t all Gold medals and cereal boxes for Gabby, she faced a fair amount of body shaming and criticism about her demeanor and patriotism. While many would fold under this adversity, Gabby managed to stand tall against those who bullied her when she followed up an already spectacular 2015 with an even better 2016 by doing something that most athletes only dream about: She won another medal — another gold medal — in a sport where the average career is less than the four years it takes to get to the next Olympics.