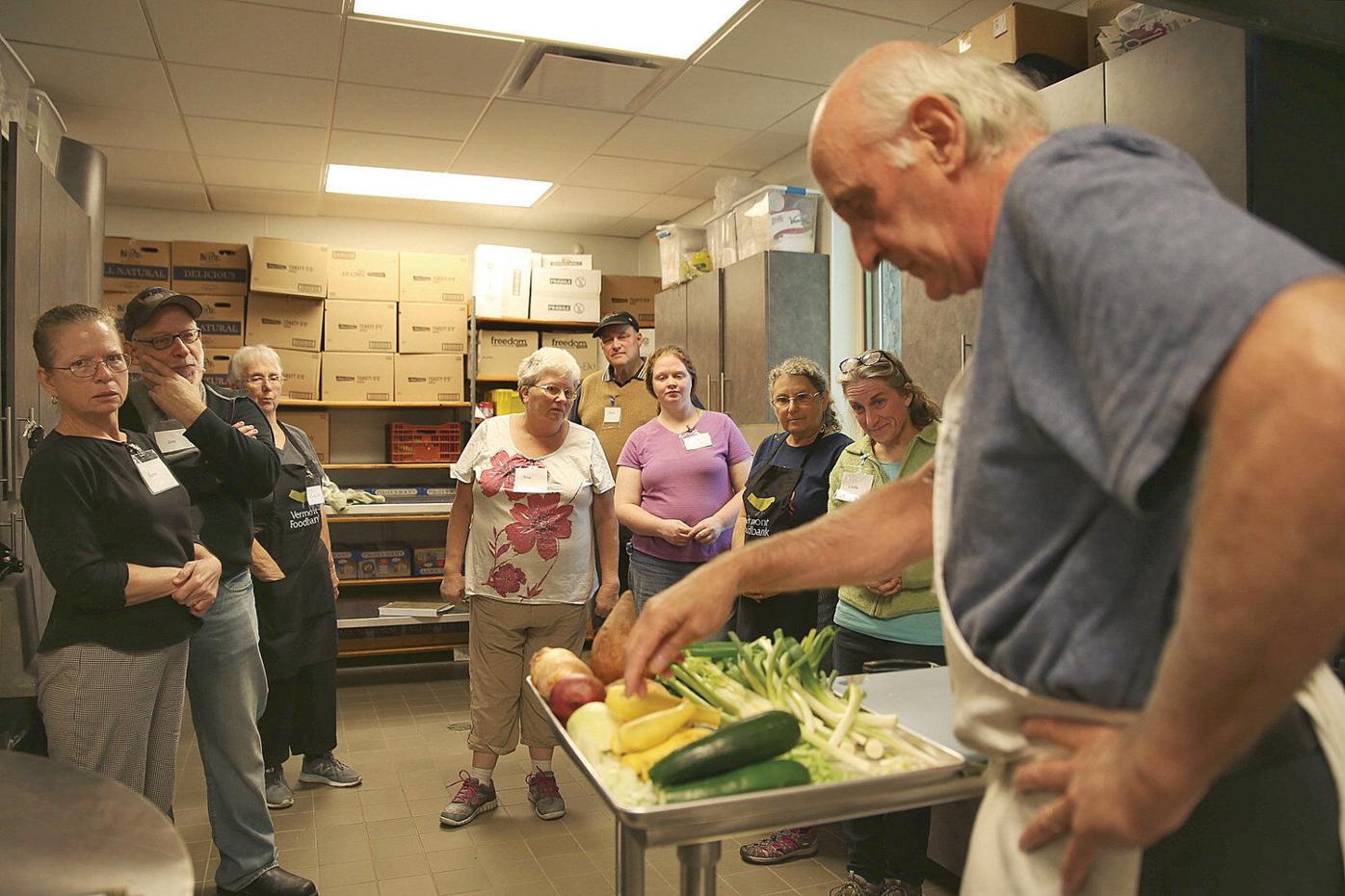 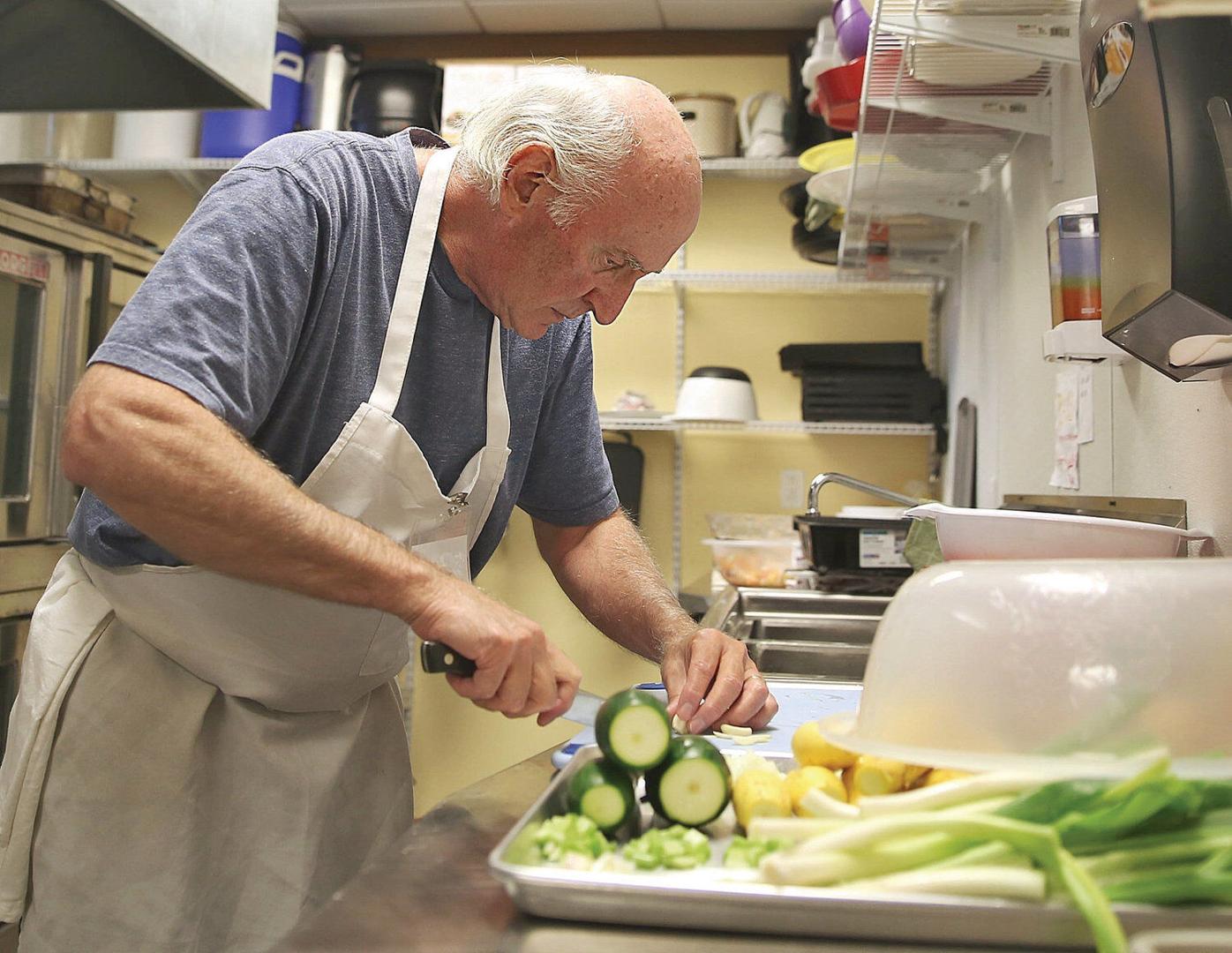 Organizers are beginning to plan an April summit on the relocalization of food systems in the area, co-hosted by the college and the Bennington County Regional Commission. Several classes on food insecurity have also begun for the fall semester, and the college's Community Resource Fund is seeking funding applications for projects that further understanding of local food systems and work to address food insecurity in Bennington County. Those applications are due Oct. 15, and decisions will be sent out by Dec. 1.

The grant, which the college announced in May, involves a collaborative effort to address the pressing concern of food insecurity in the area and to develop an interdisciplinary and responsive humanities curriculum with students, faculty and the community, creating a model that other institutions can learn and build from.

Food insecurity is broadly defined as the household-level economic and social condition of limited or uncertain access to adequate food.

In 2017, an estimated one in eight Americans were food insecure, equating to 40 million Americans, including more than 12 million children, according to Feeding America. According to the Vermont Foodbank, 11.9 percent of Vermonters — 74,520 people — are food-insecure. Of those people, 40 percent do not likely qualify for federal nutrition programs.

Susan Sgorbati, director of the college's Center for the Advancement of Public Action, has begun bringing guests to her food insecurity class, "A Complex Systems Approach to Food Insecurity in Bennington," with the goal of gathering information on what the food system currently looks like in Bennington.

"We've had everybody come, really," she said. Guests include those from the hospital, community partners and the Bennington Select Board.

Sgorbati said she's divided her students into six task forces, each doing specific research on food insecurity. One group is focusing on best practices to address food insecurity, while another is looking at the idea of community suppers, and another is exploring what to do with the student-run Purple Carrot Farm on campus, she said.

There are no plans yet for specific food insecurity work through the grant, Sgorbati said.

"We don't want to be premature and act before we've been very thoughtful, and really understand the problem," she said.

Those involved in the project will likely examine research and set priorities this winter, she said.

But in the meantime, there's a lot going on.

Sgorbati said she is "very excited" about the summit the college is hosting with BCRC next April on the relocalization of food systems in the Bennington region.

"We're inviting everybody," she said. "We're really trying to get the whole network of producers, distributors, educators."

The plan is to determine a date for the summit by the end of this week, she said.

"Part of what we're understanding is that to really provide access to food for all of our community members, it [matters] that we all have to have access to healthy nutritious food," she said. "Because our big grocery stores are located outside of town, and that's very common .. we need to really see if we can re-localize our food to be centrally located."

This is all part of gathering information on food insecurity, she said.

Sgorbati clarified that there's a lot being done to address this issue in the area.

"There's a lot of work that's been done already," she said. "People have really been working hard. We've really been figuring that out."

The college would like to identify what's currently offered, and where the gaps are, she said.

"Looking at that in total access for everybody in our community," she said. "That's how we're looking at food insecurity."

Specifically, there are issues around local food systems not being accessible to people with lower incomes, she said.

"We want to make sure that whatever we're moving forward is accessible to people with lower incomes," she said.

In the course of the work thus far, Sgorbati said, the college hasn't encountered any significant challenges.

"Everybody's been really cooperative in the community," she said.

A 17-member advisory board for the grant brings the community together in conversation around food insecurity.

"That's very key to the work," Sgorbati said. "So that we all kind of understand what everybody's doing, and where we're all going. We can all kind of get an understanding of — where do we all fit in?"

The board will also be helpful in providing input for the April summit and setting priorities for food insecurity work, Sgorbati said. They'll also evaluate applications for the Community Resource Fund grants, which will be $3,000-$5,000.

The board consists of representatives from the college, the community and grant partners Southwestern Vermont Health Care and Medical Center, the Southwest Vermont Supervisory Union and Greater Bennington Interfaith Community Services, along with those from other organizations and boards like Donald Campbell, chair of the Bennington Select Board and Jim Sullivan, director of the BCRC.

"What was so interesting about gathering the advisory board was that quickly, I got many more calls from people who wanted to be a part of it," Sgorbati said.

Sgorbati said she's learned a lot thus far surrounding food insecurity, including more about how the country moved from locally-produced food to a mass-production model, with "good intentions of feeding the world," she said.

I think there have been now tremendous problems with this mass-industrial model," she said, including things like pesticides and herbicides, "and also just taking away the ability of local farmers to really make a living, economically."'

These are challenging times, Sgorbati said, but she sees reasons to hope.

"...I continue to be encouraged by how the state of Vermont and how our local government and how community members in bennington are really working hard to envision a community that really could work together and solve its problems," she said. "I feel very grateful that we can participate in that process."