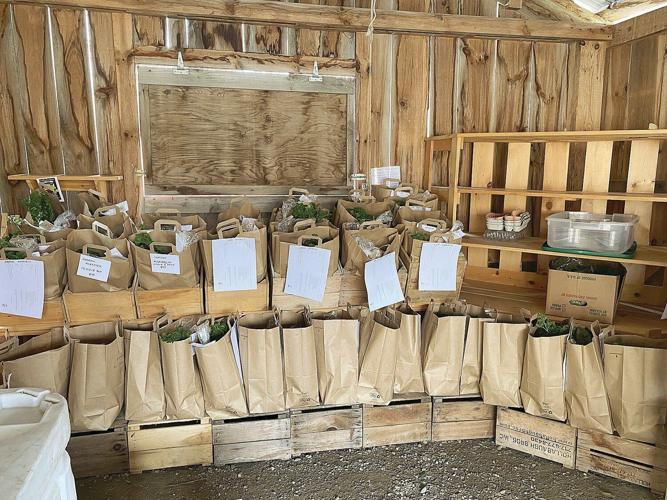 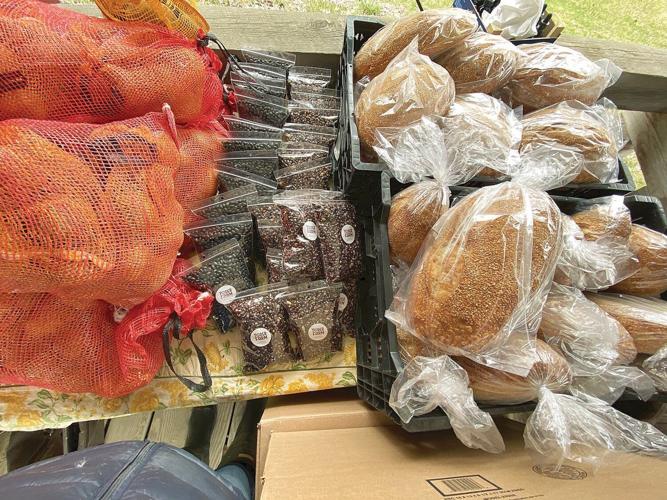 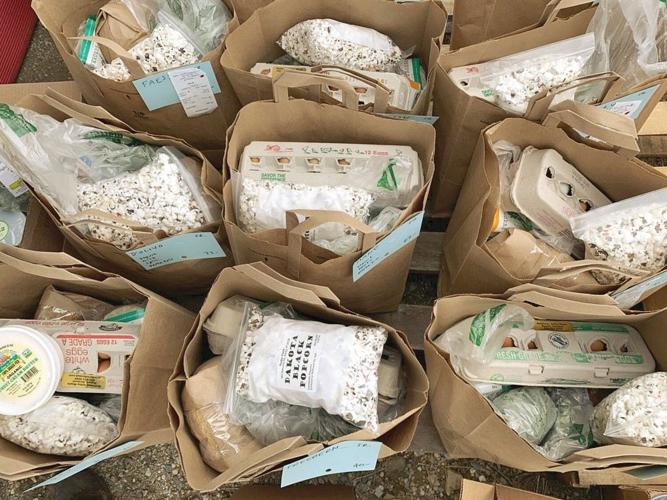 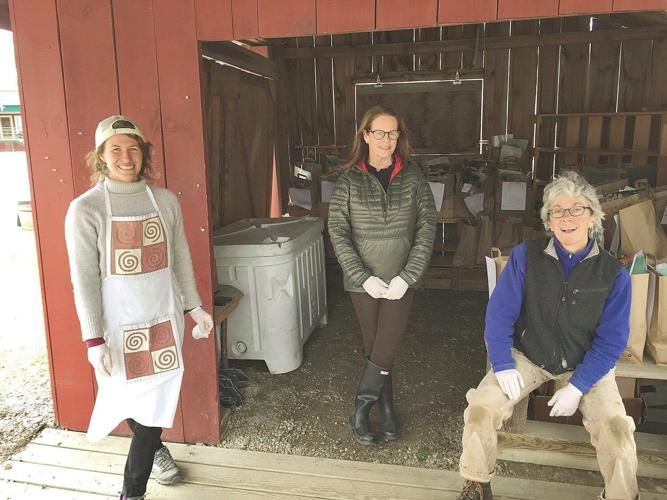 DORSET — Northshire Grown CSA, a community-supported agriculture program that launched around the start of last month, is continuing to expand its reach and offerings.

More than two dozen farms are now participating in the program, which has about 125 weekly customers, according to organizer Liz Ruffa, a member of the Dorset Select Board who is also Merck Forest and Farmland Center's advancement director. The other organizers are Mara Hearst, owner of Levy Lamb LLC in Dorset, and Maria Reade, of Edible Vermont and Grateful Hearts.

The program has held weekly, curbside-style pickups for purchasers of produce "boxes" on Wednesdays at JK Adams in Dorset. Order forms are distributed in advance via email; information about the program can be accessed by emailing northshiregrown@gmail.com.

Customers through the program have put nearly $40,000 into the local economy in five weeks, according to Ruffa, who said the "guiding impetus" for the program was to help local farms recoup lost revenues after the coronavirus "wiped out" their restaurant and institutional accounts.

The program's initial phase will end on May 13, a date chosen to dovetail with the May 15 expiration date of Vermont Gov. Phil Scott's "Stay Home, Stay Safe" order, Ruffa said. But organizers are now eyeing a second phase that will run from late May to the end of June.

For Northshire Grown's May 6 pickup, organizers have planned "pizza boxes" featuring crusts from two bakeries, local cheeses and an array of other ingredients and toppings.

The program also has launched a "Northshire Neighbors in Need" initiative, raising nearly $2,500 from customers to help address food insecurity, Ruffa said. The funds came from customers who checked a $10 donation box on order forms.

"We had no idea that it was going to be this popular," Ruffa said of the CSA. The nonprofit Merck Forest and Farmland Center is providing administrative infrastructure for the project, including help with bookkeeping and logistics.

The service's popularity is partly due to its bundling of produce from an array of farms, making it a "nice, one-stop shop," said Ruffa, who has spoken about the model with the Northeast Organic Farming Association of Vermont and the Vermont Farm to Plate Network, two statewide organizations.

Organizers are currently surveying the program's customers and vendors to determine whether the program has been helpful and if it should continue. Several customers rated the experience highly in emails with the Manchester Journal.

Liz Sargent, of Pawlet, wrote in an email on Tuesday that she and her husband decided to become customers "because we have been limiting our contact with others and trying to do our part to 'flatten the curve.'"

"We have had a great experience with this CSA," Sargent continued. "They have been able to provide substitutes for things due to dietary restrictions, provided recipes, and information on all the farms. It has been wonderful to learn more about the farmers near us that we haven't heard of before, such as the Black Rose Creamery in Rupert."

Raleigh Thiele, of Winhall, said he loves the "surprises" in boxes each week. "It's a great way to think outside your 'norm,' use some different ingredients, and feel good about it while you are doing it," he wrote.

"During this time of isolation and anxiety, it had been a very positive experience to become part of the local farm distribution network," Carol Berry, of Manchester, wrote. "It still amazes me how Liz, Mara, and Maria were able to organize the farm contacts, the ordering, fulfilling the orders, and the picking-up so smoothly, while following all the necessary imposed safety guidelines during this age of COVID-19."