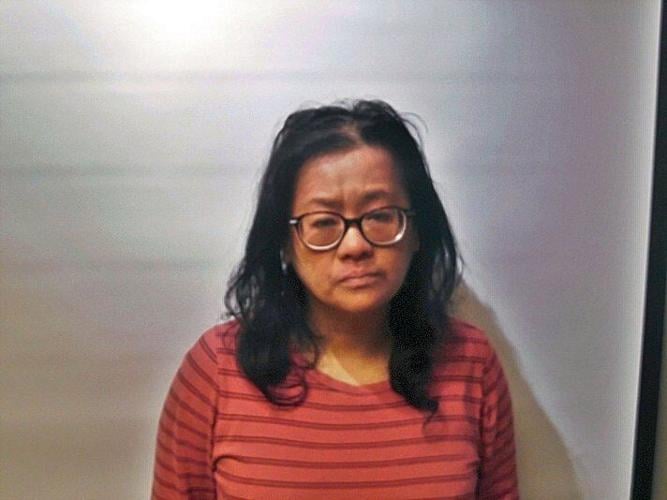 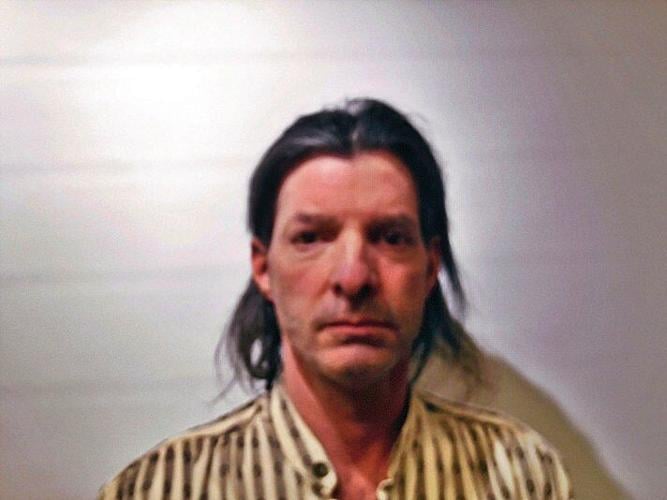 BENNINGTON — A Sandgate couple is facing criminal charges after the discovery of a dog bleeding heavily from a gunshot wound at their home and 23 illegally owned firearms.

Her husband, Scott Cornell, 50, is charged with 20 counts of prohibited possession of a firearm after being convicted of a violent crime. Each of the misdemeanor charge is punishable by up to two years in prison and/or a $1,000 fine.

They pleaded not guilty during separate appearances at the Bennington Superior criminal court on Friday afternoon.

Authorities began investigating the case Thursday when Vermont State Police went to the couple's residence at 181 Wilcox Hollow Road in Sandgate shortly before 10 a.m. A trash collector had reported seeing the front doorstep covered in blood, with no discernible activity inside, according to court documents.

Responding troopers saw a lot of blood not just on the doorstep but also on the side of the house and front yard. They saw a large dog hooked to a line on the property.

The dog was "bleeding heavily from what appeared to be a gunshot wound to the neck," Vermont State Police Sgt. Lucas Hall said in a sworn statement submitted in court.

Police saw someone look out a window and called for the person to come out. Joyce Cornell came to the front door, saying "she had been abused all night long and needed help," according to a separate statement by Trooper Benjamin Irwin.

She told the trooper that the dog attacked her, so she shot it twice using a pistol that was inside the house.

When asked if anyone else was home, she said it was empty and that her husband was out. She denied police permission to enter the residence.

Shortly before 1 p.m., police decided to enter with a K-9 "due to exigent circumstance and community caretaking," Irwin said in his affidavit.

When police entered, Scott Cornell yelled that he was inside and didn't want to be bitten by the canine. After being arrested, he reportedly admitted the house held nine firearms, which he has owned for many years and had used for hunting.

With a warrant to search the residence, police found 23 firearms, seized 20 and let three muzzleloaders stay, the affidavit shows.

Scott Cornell is prohibited from owning firearms since he has a felony conviction from 2013: aggravated domestic assault.

He later told police that he and his wife had adopted the dog in November from the Second Chance Animal Center in Arlington. But in the past month, he told Hall, the dog had become increasingly aggressive. And on Christmas Day, it bit his hands, he said.

Joyce Cornell told police that around 4 p.m. on Christmas Day, "the dog attacked her and chased her into the bathroom." She stayed inside the bathroom until 7 a.m. the following day, when the dog had calmed down and indicated it wanted to go outside.

"Joyce then got a pistol from inside the residence, went to the front door where the dog was hooked and shot him one time," Irwin's affidavit states. "Joyce then walked into the bathroom, opened the window, and shot the dog a second time."

Hall said he euthanized the dog at the suggestion of Second Chance Animal Center "to stop it from suffering further." It was put down around 1 p.m. Thursday after "the dog had ultimately suffered for approximately six hours."

Joyce Cornell was charged also with a misdemeanor offense of giving false information to a law enforcement officer.

Scott Cornell is being held at the Marble Valley correctional facility in Rutland, the Department of Corrections' online database showed on Friday evening. Joyce Cornell, meanwhile, no longer appeared on the inmate list.

It's unclear when their next court hearing will be held. Bennington County Deputy State's Attorney Alex Burke is prosecuting both cases. Scott Cornell is represented by attorney Fred Bragdon, and Joyce Cornell's case has been assigned to Jonathan Ward.