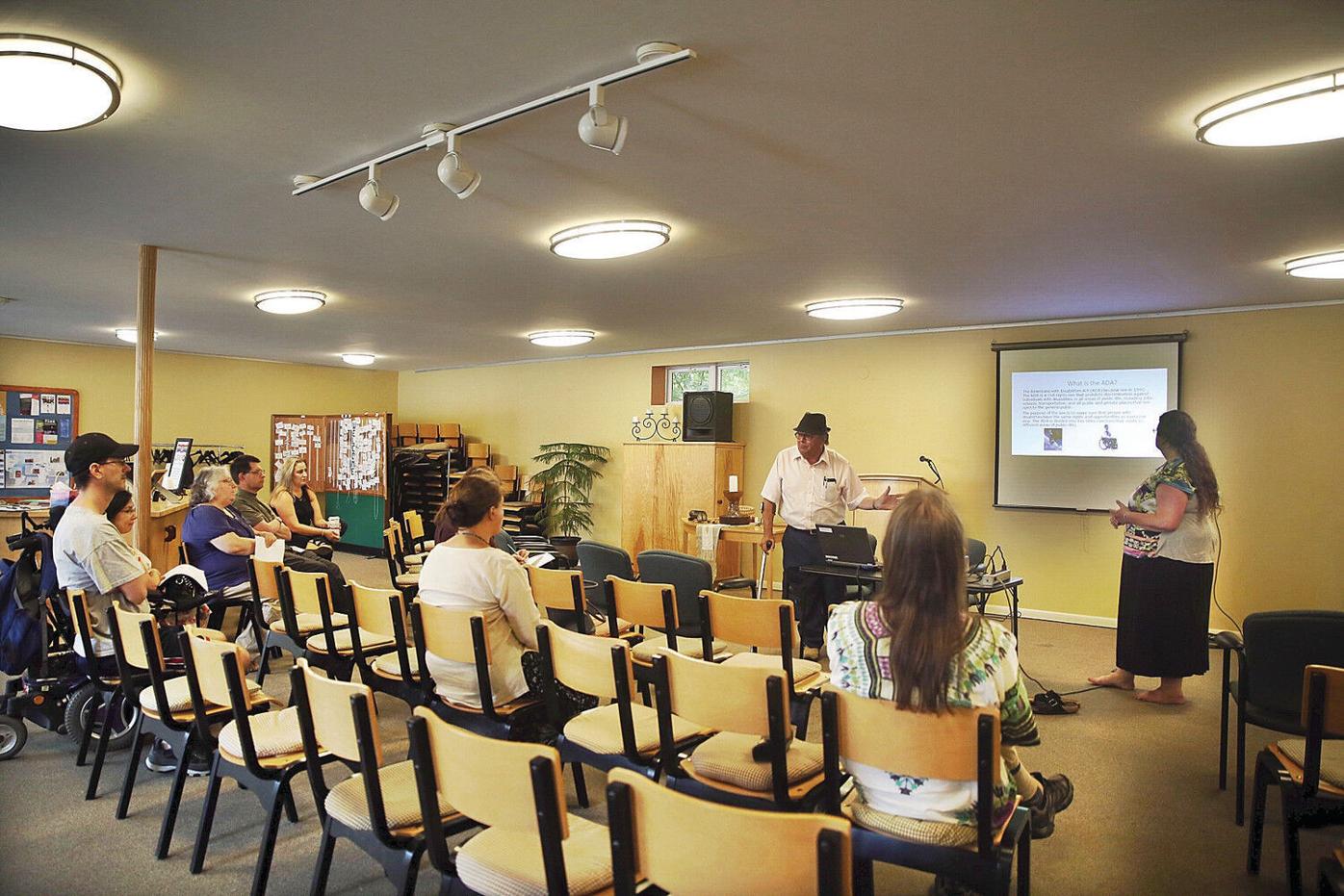 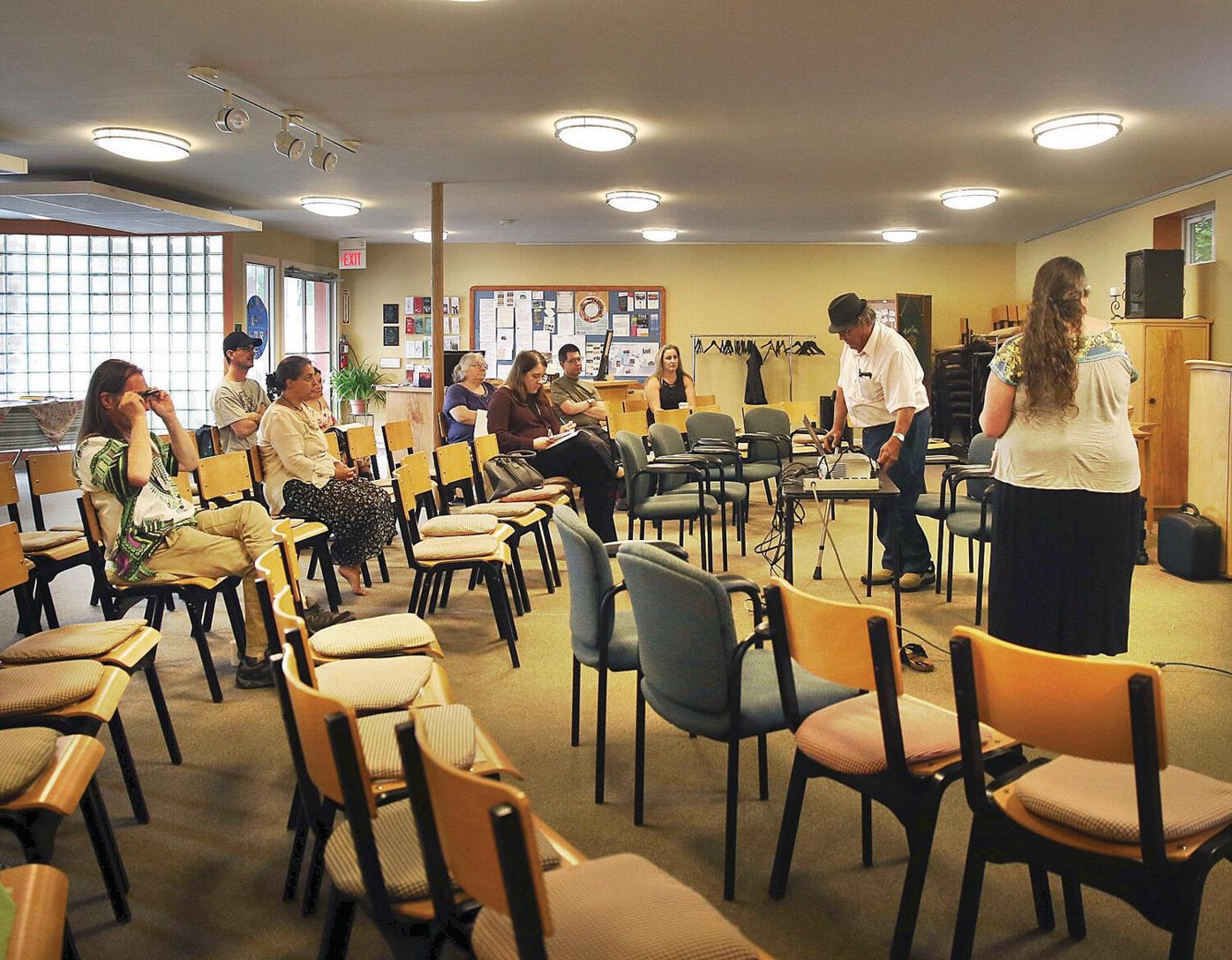 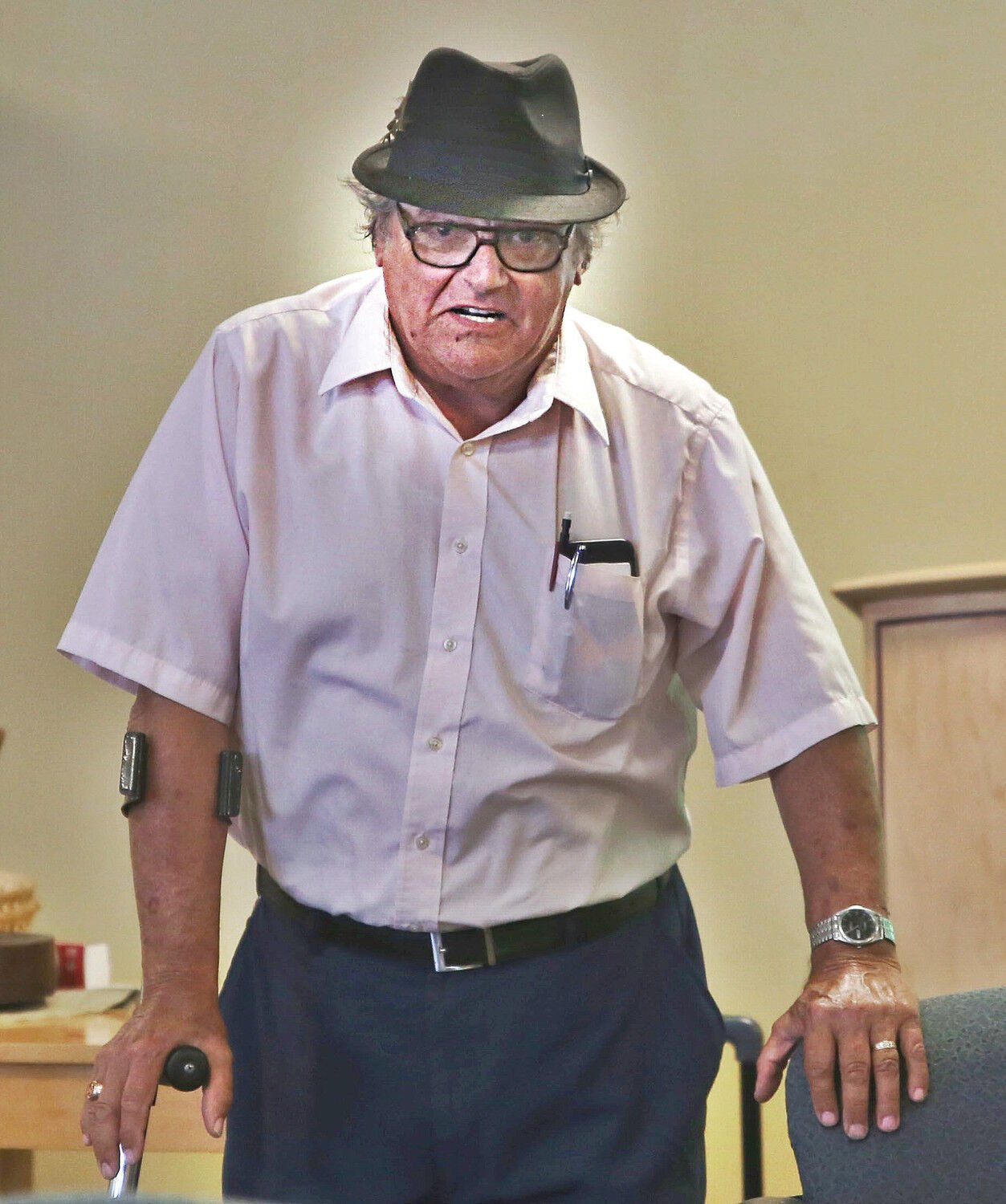 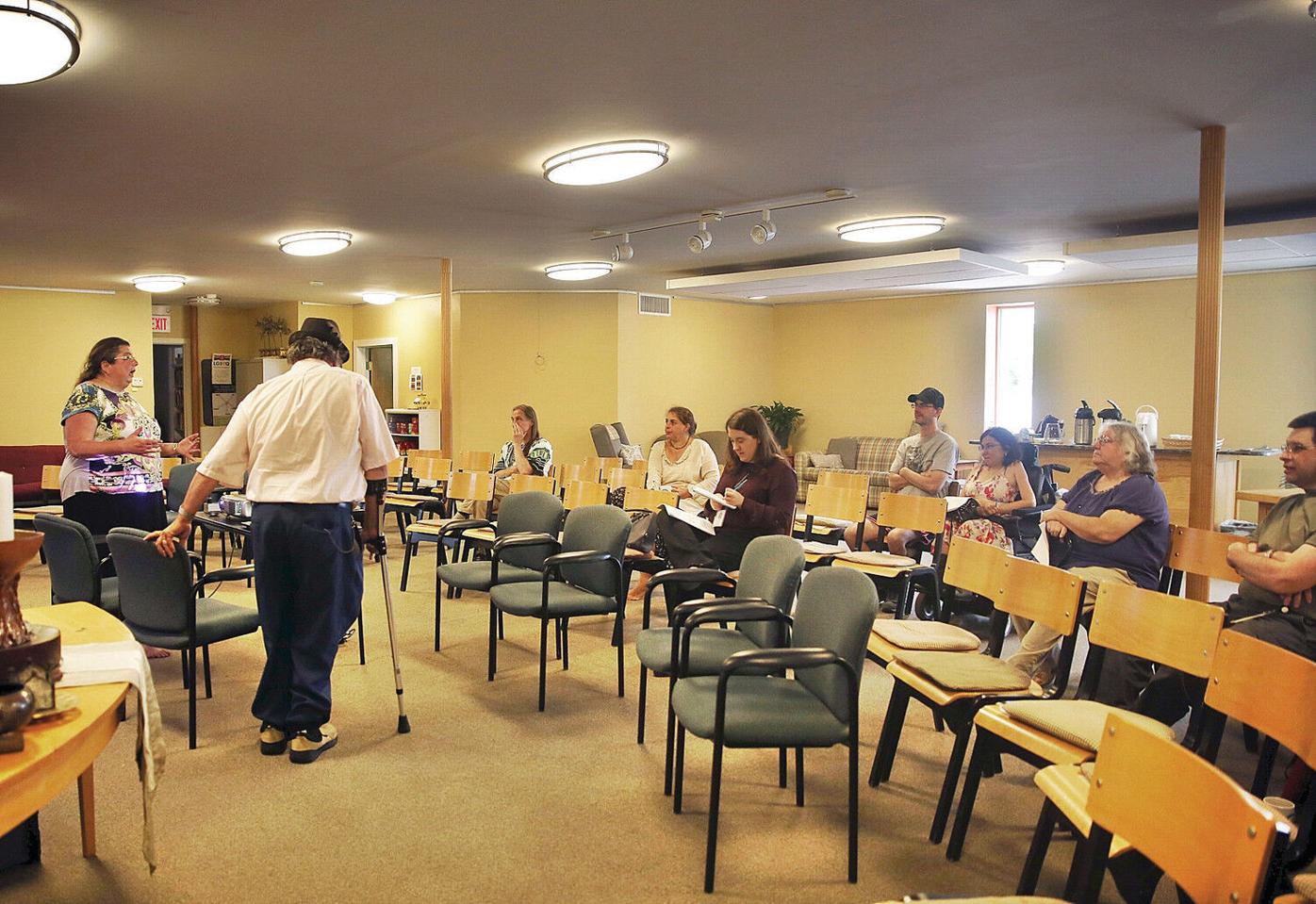 BENNINGTON — Disability accommodation is a conversation — a system involving give-and-take.

Presenters from the Vermont Center for Independent Living-Montpelier shared that idea Wednesday with a handful of attendees at a training on disability law at the Unitarian Universalist Fellowship of Bennington.

"You don't always get what you want," said Mike Charron, civil rights specialist and community access specialist with VCIL-Montpelier who presented at the event. "[An accommodation] has to be reasonable to both parties. I should be at least flexible enough to try the reasonably offered accommodation."

The training was specifically on the Americans with Disabilities Act, a federal law that prohibits discrimination against people with disabilities in all aspects of public life. The training was prompted by a survey conducted in December 2017, which brought up ADA training as a topic of interest, said Lynn Mazza, peer advocate counselor with VCIL-Bennington.

"It's the law," Charron said of the ADA. "A lot of people kind of miss that."

Different provisions of the law require reasonable accommodations to be made for people with disabilities, to ensure they have equal access to opportunities available to the general public.

The issue is — no one ever really defined what is a reasonable accommodation, Charron said.

"It's in the mind of the beholder, so to speak," he said.

Under the law, employers with 15 or more employees must provide reasonable accommodations to qualified employees to enable them to do the job without causing the employer "undue hardship," according to the presentation.

Charron told the group about his own accommodation — he uses a voice-to-text system, Dragon, to type at work.

But if VCIL-Montpelier had told him they could not provide Dragon for him, they wouldn't necessarily be required to do it.

"It is quite often a give-and-take between the employer and employee," he said.

People also sometimes don't realize that the ADA is a "complaint-driven" law, he said.

Not all the time, but often, a complaint is what initiates an entity coming into compliance with the law, he said.

One attendee who uses a wheelchair asked what she could do about her inability to access some local businesses in her wheelchair.

Reil advised her to talk to the manager before filing a complaint, if necessary.

"I bet you're not the only one that's having this issue," she said.

Many businesses say that people with disabilities don't come into their establishment, Reil and Charron told the group.

If people don't initiate complaints about institutions that refuse to comply with the ADA, enforcement is difficult, Reil said.

"There are no ADA police," she said.

Institutions can be fined for their failure to abide by the law, but only if the enforcement agency knows about the violations.

Some of the agencies responsible for ADA enforcement are: the U.S. Department of Justice, the Equal Opportunity Employment Commission and the Vermont Human Rights Commission.

Reil and Charron also told the audience about common myths associated with the ADA.

One is that people with disabilities have flooded the courts with frivolous lawsuits.

In fact, the ADA has resulted in only about 650 lawsuits nationwide in the last five years, according to the presentation.

Some people also believe the ADA has very stringent requirements that lead to businesses having to spend a lot of money to be in compliance.

"The fact is, the ADA is based on common sense," Charron said.

Accommodations can often be made without high cost or a lot of difficulty —things like rearranging furniture, installing offset hinges or ramping one step.

Some institutions also believe they are "grandfathered" — because they existed before the ADA was passed, they don't have to follow its requirements.

That's not true either, Charron said.

All public entities must comply with ADA requirements, although historic buildings get some leeway, Charron said.

Churches and private clubs are exempted from ADA requirements, but in practice, many are becoming more accessible, Charron and Reil said.

Information and Technical Assistance on the ADA