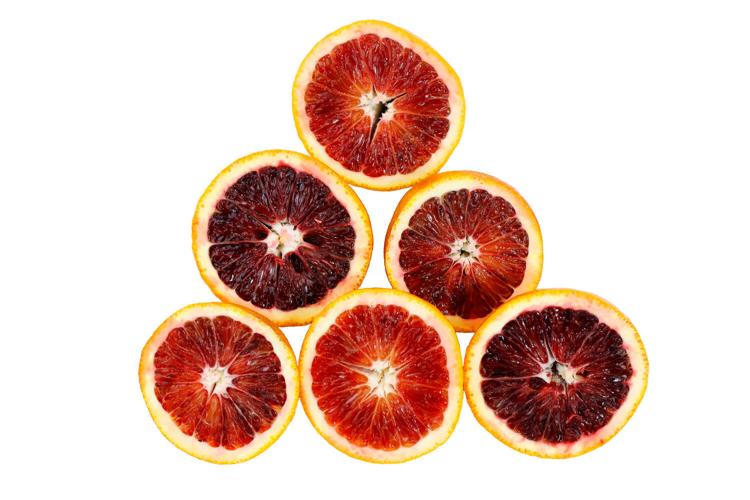 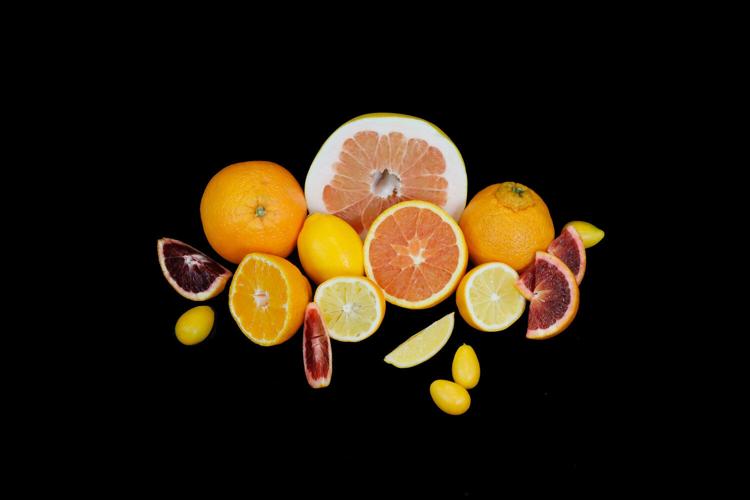 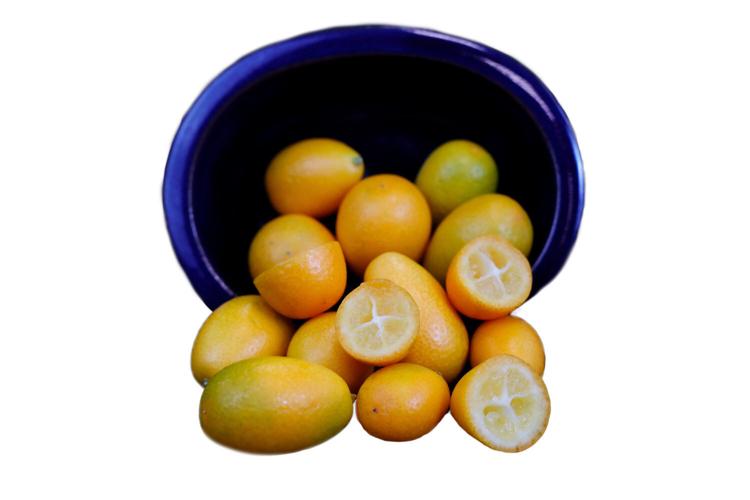 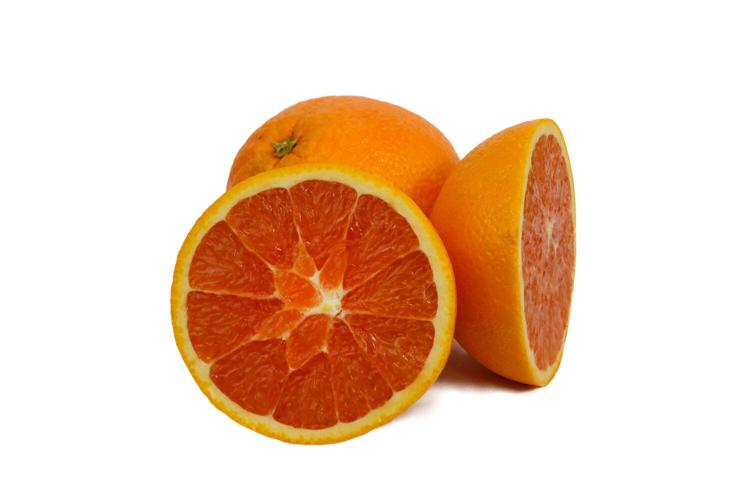 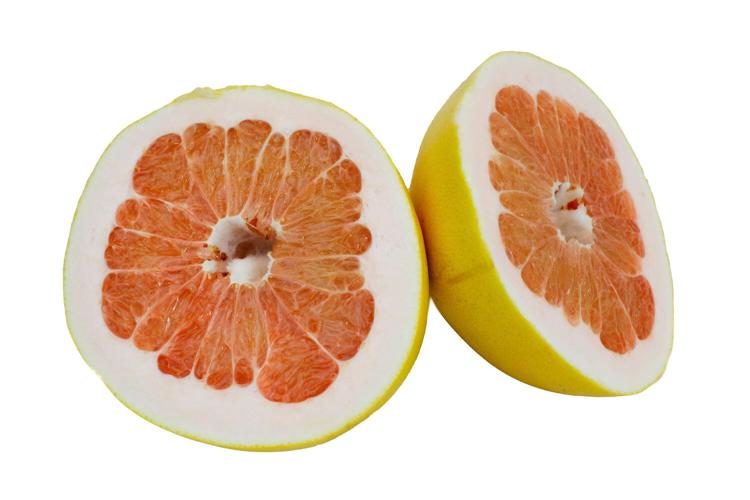 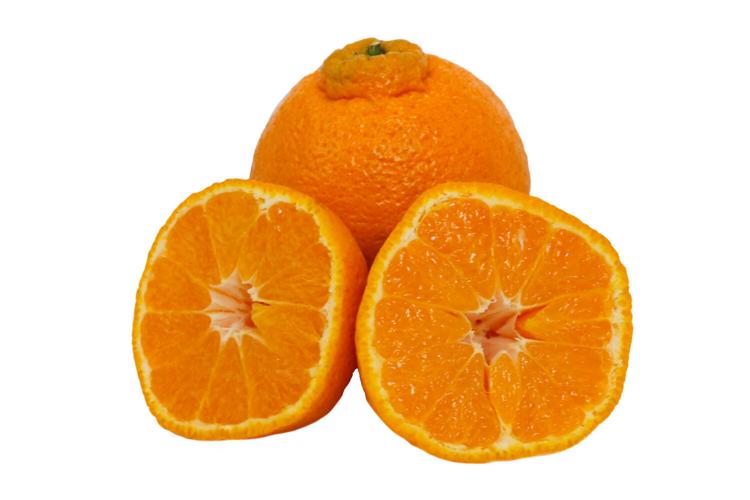 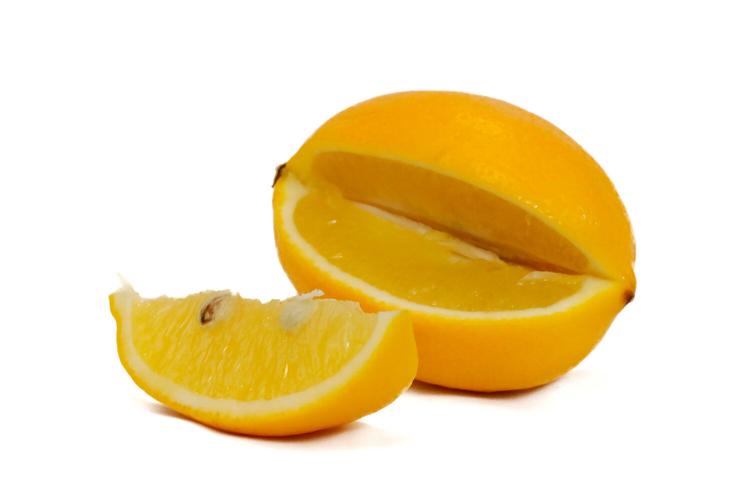 Just when New England is at its bleakest, many bright, sunny citrus fruits are at their peak.

During citrus season — which runs December through March — we can turn to a wide selection of bright, gorgeous lemons, tangerines, oranges, grapefruit, enjoying the bright flavors and the vitamin C they contain, which are good in warding off or helping get over a winter cold.

"When choosing citrus fruit, look for plump fruit — make sure it looks fresh and good," Alana Chernila, marketing and events manager at Guido's Fresh Marketplace, said. "The enemy is hardness, if it won't give, don't buy it. Also, make sure to examine the stem end for mold or insects."

Chernila took time out of her busy morning Saturday to pick out some citrus fruits that are not as well known as navel oranges and clementine tangerines, but as well worth trying! You can use all of the citrus below for zest, also. Just make sure to wash the skin well.

This member of the Mandarin orange family, so named because its stem end resembles a Japanese Sumo wrestler's hair bun, is available from late January through March. The best time to buy them is now, when they are at their peak, rather than waiting for the end of the season.

"Sumo mandarins are easy to peel as they have a loose peel — and they're seedless," Chernila said. "They have a sweet and sour taste going on that's very lovely."

Grown in the USA, they are best eaten plain, Chernila said.

The Cara Cara orange, a member of the navel orange family, available from late January through April, "have gorgeous red flesh and are sweet, juicy and amazing," Chernila said, adding they were seedless.

"It's great for anything that calls for oranges," she said. "Great for juice or eating." She recommended "supreming" the fruit to take advantage of its beautiful flesh when using it in a salad. Cut the ends off the orange and, using a sharp knife, cut away the skin and pith, then cut along the membranes and pop out the sections.

Also known as Asian grapefruits, pummelos are available from January through March. Chernila said the large fruit has thick skin and, as a result, less fruit than it looks like it would have. "It's a beautiful pale white yellow or red flesh. It's lovely looking and similar in taste to a grapefruit, but sweeter. It's nice and marmalade-y and has great juice." she added, "They're becoming more hip lately, I've been seeing them in more recipes."

Chernila said pummelos can be used as a substitute for grapefruit, but advises taking their sweetness into account when doing so.

Kumquats are tiny oval orange citrus fruits that are available from December through March.

"The peel is edible and is very thin. The flesh is both bitter and sweet. You just pop them into your mouth and eat them," Chernila said, adding to be careful when eating them as they do have seeds. "Kids love them for their bitterness and that they can snack on them."

She suggested cutting kumquats into rounds and using the rounds in salads or as decorations on cakes. Kumquats are also good candied.

Delicate, golden yellow Meyer lemons are available year-round, Chernila said, although there are some gaps in their availability, "so grab them when you see them."

Due to their delicacy, they are harder to transport, which makes them more expensive than regular lemons. "They're a real treat — they're sweeter than lemons; milder and less pucky-er. They pack less of a punch," Chernila said. "Use them where you can appreciate their subtlety, like in lemon curd, marmalades and lemon desserts." She also suggested tossing them with vegetables and roasting them.

Originally from Italy, the blood orange is still the orange in Italy and orange juice there means juice from blood oranges, Chernila said. It is available most of the year.

"It has a red blush on the peel — although not all of them do — and it's known for its beautiful dark, dark red flesh; some are almost purple," she said. "It's really an awesome and delicious citrus. It has a deep sweetness and richness. It's an intense citrus flavor."

Chernila said blood oranges are lovely sliced in salads. "They're so gorgeous. I make a salad of kale, goat cheese and blood oranges, which hold up so well to the kale." She also suggested using them as decoration or in an upside-down cake.