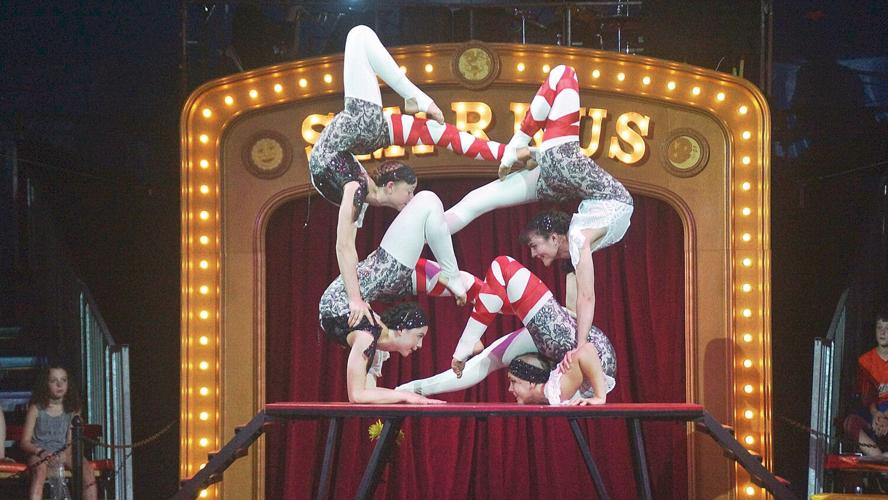 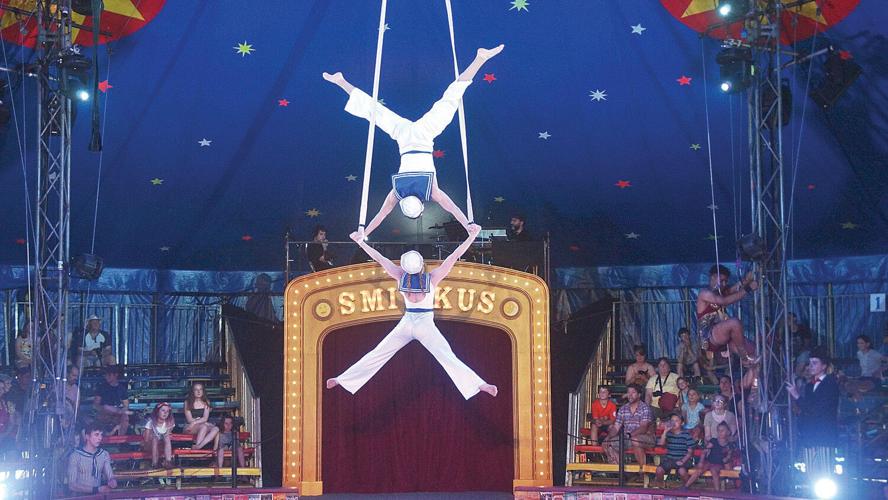 MANCHESTER — Ladies and gentlemen, boys and girls, and children of all ages will be drawn to Knapp Field at the Dana L. Thompson Memorial Park on July 12 and 13 at 1 p.m. and 6 p.m. for four performances by Circus Smirkus.

The Vermont-based circus, which does not use animals and is performed entirely by children aged 10-18, is returning to Manchester.

The theme of this year's show is "Vaudeville," a type of variety show popular in the late 19th and early 20th century. With more than half of this year's troupe being Smirkus rookies, artistic director Troy Wunderle has designed a show that will allow this new group the flexibility to show off all of their talents, circus and otherwise.

"I knew that we had dancers, singers, magicians and musicians, all applying to Smirkus this year, so a vaudeville theme seemed perfect. This theme is unlike anything we've done in the past, and it highlights not only our yroupers' circus talents, but also a number of their other skills as well," Wunderle said.

"The circus has always mixed skill, novelty and danger in a quest to provide great family entertainment for all," he continued. "The thing that really made vaudeville special was that it was all about novel entertainment. It was about adding eccentric elements to each routine in an attempt to make them truly unique. Smirkus has always tried to do the very same thing. Vaudeville and circus are close cousins, so I thought, why not showcase them side by side?"

From the music to the costumes, everything about the 2018 show is designed with a distinct vaudevillian flair; even the posters on the circus ring itself are attached with a wheat-based adhesive common in the 1920s. Wunderle hopes that the performance will allow both children and adults a glimpse of "an art form that was the theatrical heartbeat of the country for over fifty years."

"This is something that we really hope the community will enjoy. It's a fun thing to do with the entire family, and I think it brings a lot of joy to Manchester. The town is excited for that," said assistant director of parks and recreation Nikki Dexter.

Director of parks and recreation Liz Ambuhl agreed, saying, "It's a great family event. Circus Smirkus has been around for a long time, it's really a grassroots program, and it's full of really very talented kids."

The thirty troupers, or `Smirkos,' in this year's performance are from fourteen different states and two different countries. Though much of the troupe is new this year, some, including Wunderle's daughter, are in their fifth summer of performing with Circus Smirkus. When not in the circus ring, troupers stay in the homes of local families, a group that will include O'Keefe this year.

Community involvement is crucial to Manchester's ability to host the circus, including sponsorships from local businesses: r.k. Miles, The Vermont Country Store, Langway Chevrolet, and The Perfect Wife Restaurant and Tavern and Spiral Press Caf are each sponsoring one of the four shows. "Those kinds of partnerships are really important to do something like this," O'Keefe said.

O'Keefe, Ambuhl, and Dexter believe that the circus unifies the community.

"It's one event, but it really brings the whole community together," said Dexter. "From a Vermont perspective, it was formed in Vermont and it's a Vermont-based organization, which makes it that much more endearing to us," O'Keefe added.

"These kids work their tails off for 10 straight weeks bringing joy to every community that they visit. The more joy that we can spread throughout Vermont, the better," said Wunderle. "I'm from Rockingham, Vermont, so Manchester isn't terribly far from my hometown. I have many friends in the Manchester area who come out and cheer us on it feels like home. We're thrilled to be back, and we hope to return again year after year."

Lauren Adler is a summer resident of Manchester.