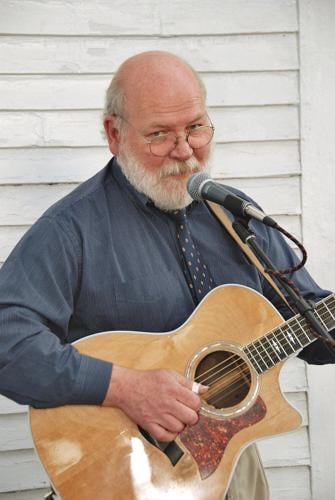 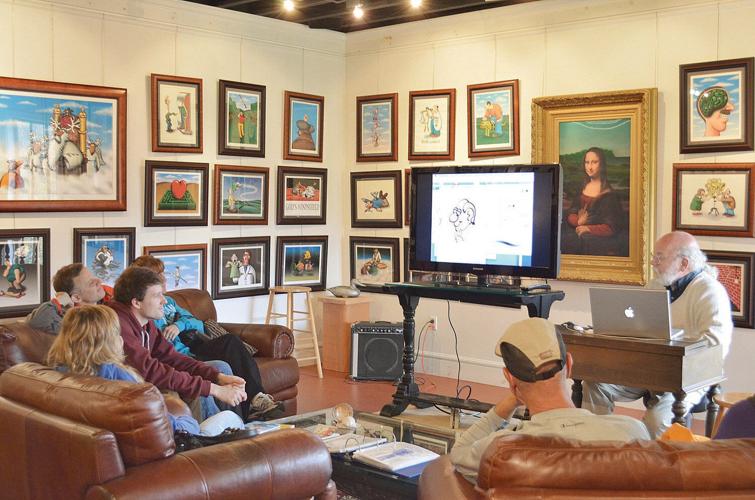 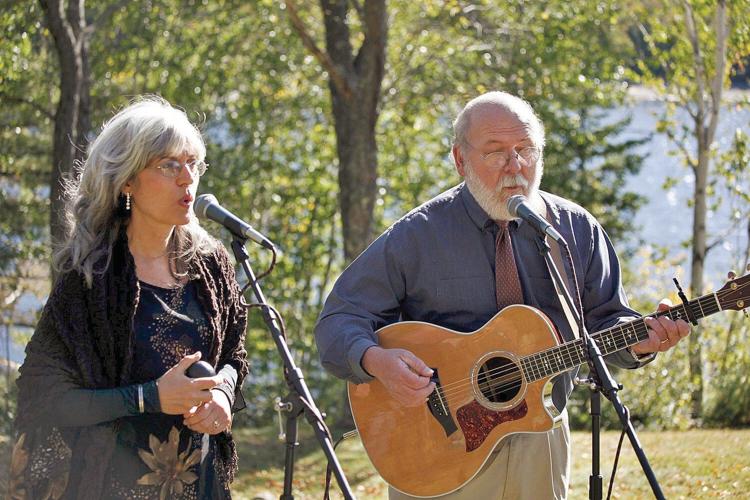 Laraine and Skip Morrow perform together. 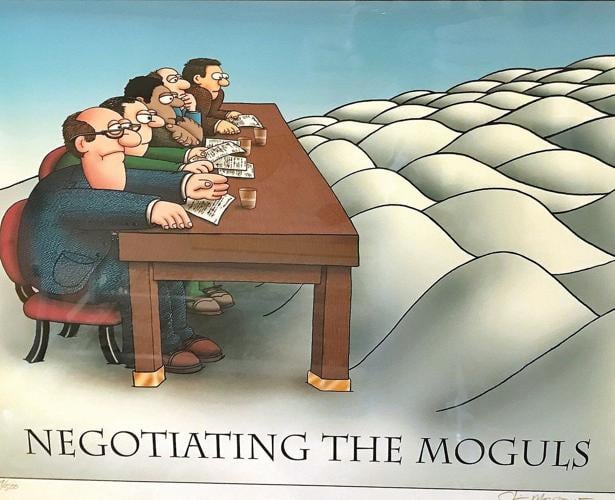 One of Skip Morrow's cartoons displayed at The Art of Humor Gallery.

Laraine and Skip Morrow perform together.

One of Skip Morrow's cartoons displayed at The Art of Humor Gallery.

The internationally known, best-selling illustrator and artist died unexpectedly at his Wilmington home Tuesday, May 28, from natural causes. He was 67.

"Cartooning is about trying to distill complex emotions and thoughts down to simple terms," he once said. "It's just a way to make sense of this crazy world."

Born in Elizabeth, N.J., Morrow learned to play guitar at the age of 12 and performed in a rock band called Mother's Little Helpers in high school. He graduated from Rutgers University in 1974 with a degree in communications and a focus on photojournalism. But "unable to land a job in this field after graduation, he turned to his talent as a singer/guitarist/pianist and began playing musical establishments on Cape Cod, Nantucket, Bermuda, St. Thomas, New York City, the Caribbean, the Berkshires, Florida, and Boston, which included a performance for the New England Emmy Awards in 1984 at the Wang Center," according to his obituary. "All the while, he loved to sketch, and his art mostly consisted of cartoons, although he was talented in several mediums."

Morrow told PBS "music work always came easy" for him. In 1974, while still playing music on the Cape in the summers, he went to Mount Snow and found a gig playing music in the winter, becoming the resident musician at Snow Lake Lodge for five years. Later, he began playing at The Silo with The Duck Tones and other local musicians.

Gary Henry, a local contractor who was in the band, recalled Morrow passing around "very crude" drawings at gigs to get people's reactions.

"He just kept a book," Henry said. "He decided he was going to try and get a book deal. And being naive about it, he just went to New York and started banging on publishers' doors. They all told him the same thing: 'You don't just bang on doors. You have to have an in somewhere.'"

Henry said at one publishing house, Morrow was being told the same thing from a receptionist when one of the executives came in and took a look. That led to a deal.

In 1980, "The Official I Hate Cats" book was published. It went on the New York Times bestsellers list and launched his full-time career as an illustrator.

"It was a very popular book," Henry said. "That was his start in the cartoon world."

Henry described the cartoons as "not refined."

"I think it sort of adds to the flavor of the humor," he said. "It was all things you would do if you didn't like cats."

But Morrow had no problem with cats.

"I have two cats. I get along with them OK. The book could have easily been a 'I Hate French Poodles' book," Morrow said in a PBS interview that aired in 2007. "My book was really a retort to a lot of things that were happening in the publishing business. It was mostly about people's behaviors, not cats."

Morrow once told the Reformer, "The level of humor in the best of them is more sophisticated than jamming a cat on to a bellows. Twenty years later, people are more sensitive to violence. I culled out things that might be misconstrued as being instructional; if they are mean, they are so outrageous that they simply can't be imitated."

About 20 years ago, Morrow started using a tablet but maintained his style.

"Everything still starts with a sketchbook," he told the Burlington Free Press in 2011. "When home, I'm up in my studio doodling."

When Morrow was looking to buy a house, Henry helped with the search. It was soon discovered that Morrow would not be happy unless the home was built the way he wanted it.

"So I built it," said Henry, who was later invited to play drums in the Duck Tones.

"He was a good friend to everybody," Henry said. "He was a very kind, sensitive person, extremely creative, always coming up with a different angle or a different perspective on things, which is what kinda set apart his cartoons."

Morrow has published other books, calendars and greeting cards. He was commissioned for advertising jobs, helping with logos and artwork including those used for the MOOver, Strolling of the Heifers, KidsPLAYce, Brattleboro Memorial Hospital clambake and Mount Snow.

Morrow married Laraine Morrow in 1981 in Wilmington. They began playing music locally together after a decade of marriage. They performed at Fennessey's, the Roadhouse, the Hermitage Inn, weddings and other special events. They also had monthly concerts called The Night Shift inside Morrow's The Art of Humor Gallery. Laraine said they would play songs from the 1970s up to today.

During a visit to the gallery Thursday, Laraine said the stage was still set up the same way it had been when the couple last rehearsed together. She showed architecture, landscaping and a guitar her husband helped design. His cartoons cover the gallery walls.

Morrow opened the gallery in 2001 to showcase and sell his artwork. An addition was built onto the house. Laraine expects to reopen the gallery to the public by July. Giclee prints of Morrows work are sold online, by phone and at the gallery.

"For the local population, he was an icon," said Jim Reilly, formerly of Wilmington.

Martha Gehring said Morrow is "a pretty big name" locally, in Japan and some other places. Gehring was a close friend and neighbor for about 35 years.

"Their kids grew up with our kids and we've been there for each other throughout the years," she said, describing Morrow as "the kindest, warmest, most generous person ever."

Gehring said Morrow and his wife volunteered a lot in the community. They would assist with annual holiday concerts to benefit the Deerfield Valley Food Pantry.

Morrow once served on a town committee that came up with a proposal to relocate downtown Wilmington and reduce traffic at the stoplight. A 3D model of the plan can be seen at the gallery.

"It wouldn't cost that much to move the town out of the way and Route 9 is exactly where it wants to be," Morrow said in the PBS interview. "So it was fun. And it is still the subject of bar talk in our town."

On Sunday, Kelly Kahler said he went with Laraine to find a place on Lake Whitingham to spread Morrow's ashes.

Morrow "wasn't someone who wanted to go on and on about himself," Kahler said. "He certainly had his convictions. He was pretty black and white on certain things."

Morrow's feedback was "very worth hanging on to," Kahler said. "He helped me to be a better person. There is no question about that."

Kahler recalled going to breakfasts at Dot's Restaurant with a group of friends. Morrow would break out his sketchpad.

"It was pretty interesting. He always had some comical way to look at things," Kahler said. "I wouldn't call it dark but it was off color a little bit."

Kahler said Morrow would invent things, too. A boulder hanging on a rod drilled into a bigger rock outside of his gallery can spin around. And under some framed cartoons inside, there's a golf club where the head is an iron used for clothes.

Morrow leaves behind Laraine and their two daughters, his sister and her family, his brother and his family, his cat Chance and a lot of friends. He will be honored and remembered privately by family and friends. To send personal condolences, visit sheafuneralhomes.com.