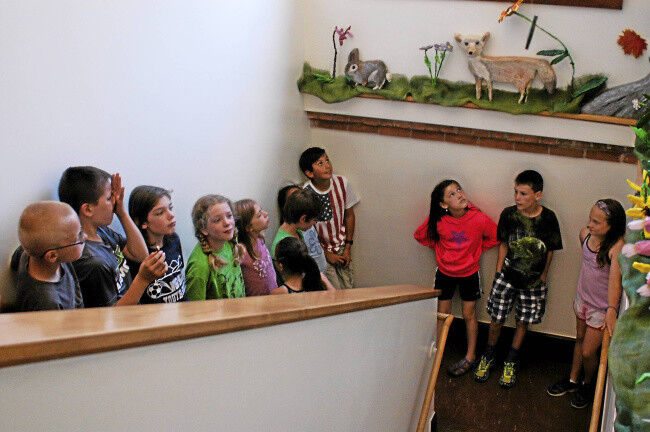 Fourth-grade students at the Village School of Bennington show off their hard work: a new permanent art display that will beautify their school for years to come. 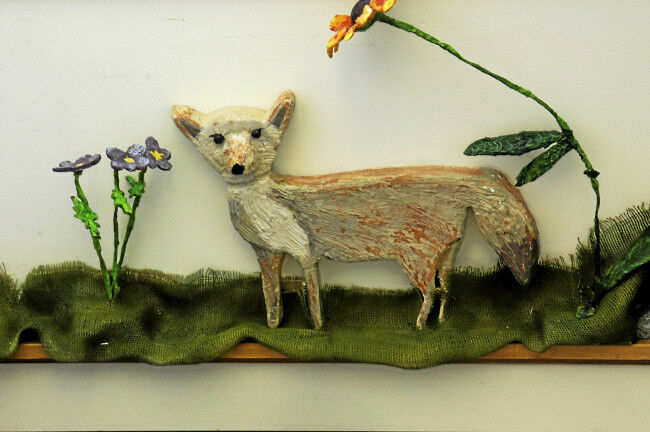 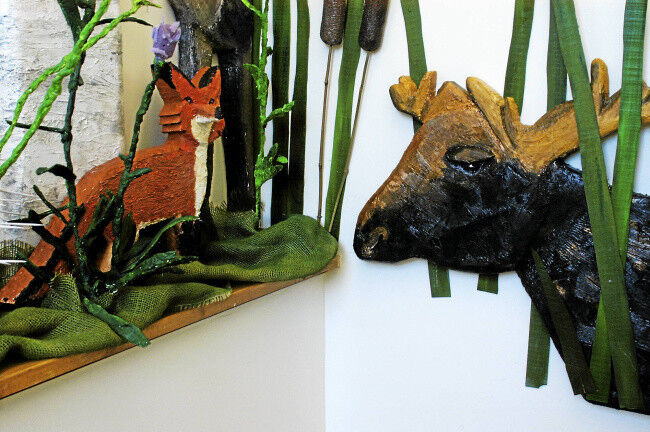 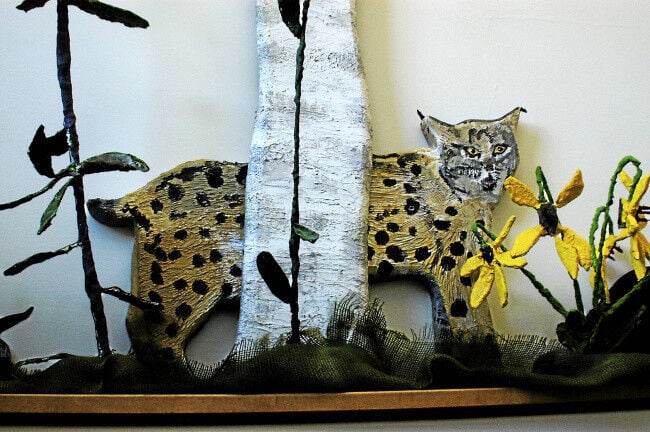 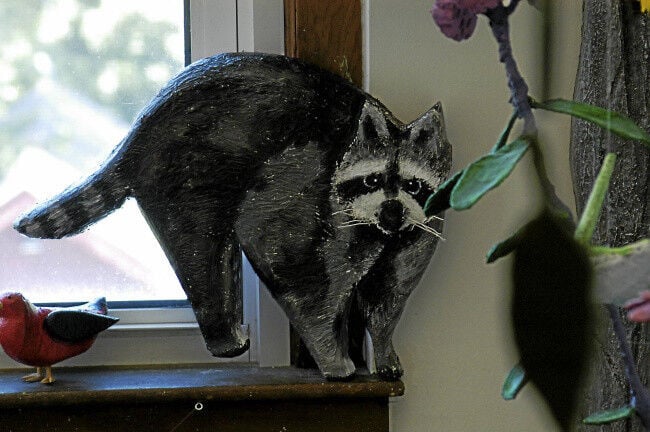 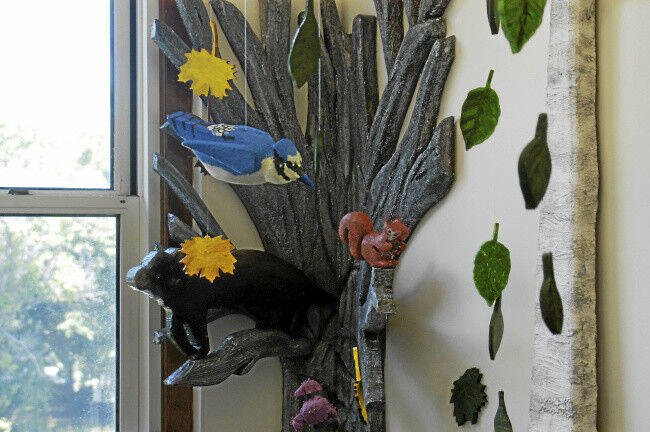 Fourth-grade students at the Village School of Bennington show off their hard work: a new permanent art display that will beautify their school for years to come.

NORTH BENNINGTON — The fourth-grade class at the Village School of North Bennington has been working for most of the school year on a project to turn a drab staircase into a thriving habitat for foam animals.

Their hard work paid off on Wednesday, as their parents were invited to the school for a celebration, and to see the fruits of their labors. The students had been visiting the Vermont Arts Exchange since November to work on the project. VAE instructors Matthew Perry and Gabi Rynes helped the students create the plant and animal sculptures, and worked late into the night on Monday and Tuesday to assemble the display, which they are calling the "Vermont Biodome Project." It is expected to be a permanent fixture at the school.

"Gabby and Matthew are night owls," said fourth-grade teacher Pat Gibbons, who stayed with the pair past midnight on both nights to ensure that the stairwell was fully decorated by Wednesday. She said Perry and Rynes had been brainstorming potential future additions to the display, including aquatic life, insects, and underground creatures. Every animal and flower in the display is native to Vermont, and students learned about the species they we re-creating in class.

They started relatively simply, by making flowers with wire and paper mache, which they later painted.

"When the color was added, they just seemed to come alive," said Gibbons. The students then moved on to making the animals, first creating rough sketches of what they wanted them to look like, then eventually cutting them out of Styrofoam and painting them.

"Pink Styrofoam has completely changed in my mind, as to what its uses are," she said. On the larger animals, she said, detail painting was more difficult, and students had to work as a team to finish them. Some of the animals on display in the staircase are a moose, a black bear, a deer, a coyote, a raccoon, a squirrel, and more.

Included in the display are foam birds made by Gibbons' former sixth-grade students over the last two years. Those birds, also made with the help of the VAE, were displayed around the village, including in the Hiland Hall Garden, adjacent to the Park-McCullough House.

Several parents stopped Perry and Rynes to tell them how amazing the final project had turned out. One told them that their child had rarely sounded so excited talking about school as when they were updating them on their progress on their animal.