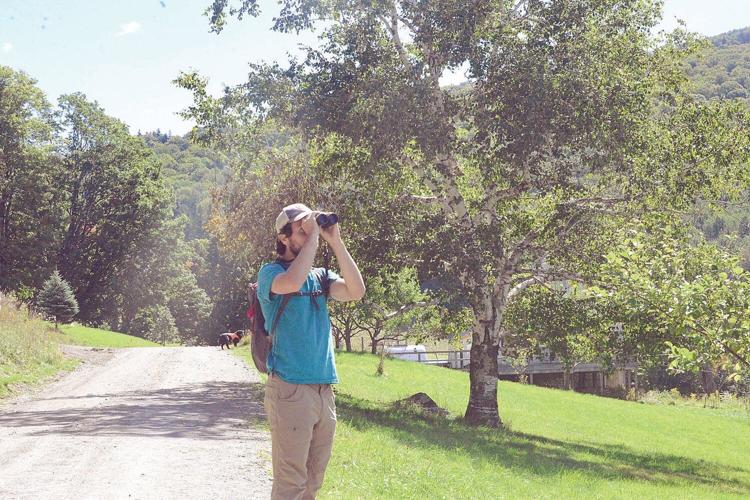 Nathaniel Sharp looks through his binoculars during last year’s BioBlitz in Rupert. 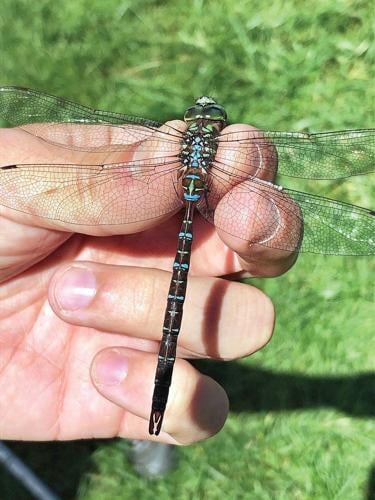 A shadow darner dragonfly was caught for observation during Saturday's BioBlitz at Merck Forest & Farmland Center. 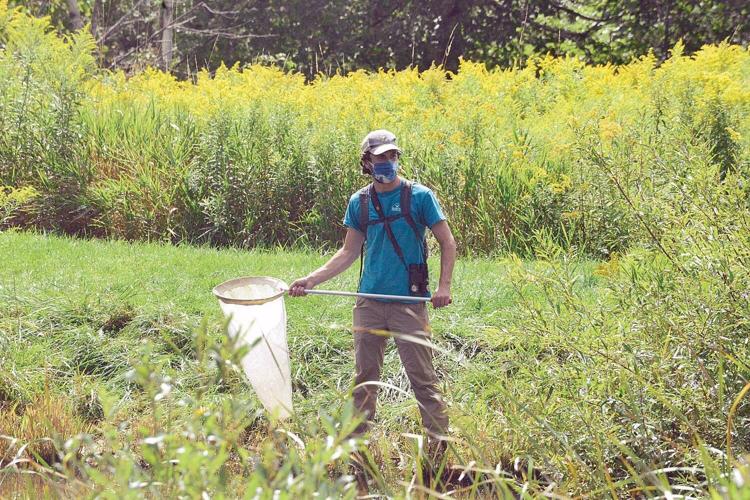 Nathaniel Sharp stands at the ready. 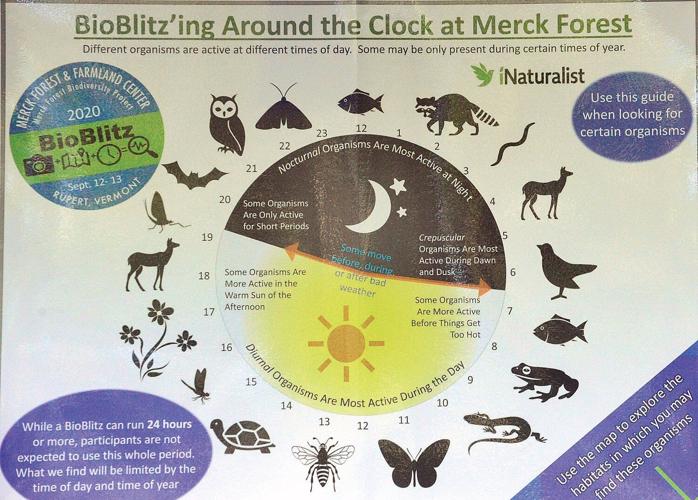 Madison Alderman looks for a creature to capture and release during Saturday's BioBlitz at the Merck Forest in Rupert. 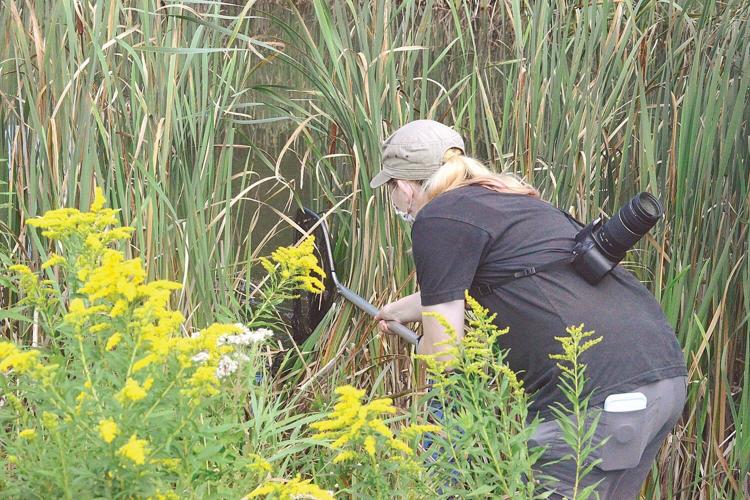 Nathaniel Sharp looks through his binoculars during last year’s BioBlitz in Rupert.

A shadow darner dragonfly was caught for observation during Saturday's BioBlitz at Merck Forest & Farmland Center.

Nathaniel Sharp stands at the ready.

Madison Alderman looks for a creature to capture and release during Saturday's BioBlitz at the Merck Forest in Rupert.

A biodiversity project called BioBlitz, which lasted all of Saturday and Sunday, brought nature lovers to the forest to chart what lives in and on the 3,200 acre property.

Tim Duclos, the conservation manager at MFFC, has made the process of tracking wildlife on the property as simple as using an app on a smartphone.

"You can come with the inaturalist app on your phone, and then while you use the app on the property, I've got it set up so it automatically adds your observations to the project," Duclos said.

Inaturalist is a social network for naturalists and citizen scientists. It is both a website and an app, and allows people to share and chart their observations of what they find in the wild. According to their website, inaturalist.org, they have over three million users.

The findings at MFFC range from common species such as a green frog, to animals that are threatened in the state, like the Jefferson salamander.

Nathaniel Sharp, a data technician at the Vermont Center for Ecostudies, was one participant of the BioBlitz. Sharp, a West Fairlee resident, also participated in last years BioBlitz at MFFC.

Sharp is MFFC's top identifier on inaturalist, charting 226 identifications on the property. Sharp caught and released a number of different dragonfly species, including a shadow darner and a variable darner, during Saturday's portion of the BioBlitz.

Using a net to capture the creatures, Sharp carefully grabbed them, photographed them to identify exactly what species they were, and then released them back into the wild.

Sharp explained when photographing a dragonfly, it is important to capture both the side and the back of the creature in order to show each species unique characteristics so it can be properly identified.

The data scientist was happy to be at MFFC charting wildlife.

"It's fantastic, this is a gorgeous place to be," Sharp said.

Sharp also identified a hornet fly, a creature disguised as a hornet to scare away potential predators. The fly looks almost identical to a hornet, minus the stinger.

Along with the BioBlitz, MFFC is collecting information through inaturalist year-round. To date, the site has tracked 2,319 observations and 726 unique species from 419 different identifiers.

Madison Alderman of Rutland was alongside Sharp during the BioBlitz. Alderman, who graduated from Castleton University with a degree in biology, said she has been interested in nature as long as she can remember.

Those who may not have a smartphone are also welcome to participate in the BioBlitz. Duclos said participants can take photos and notes of your observations and upload them later on inaturalist.org.

This was MFFC's second annual BioBlitz. Last year, the event was held on July 27. Holding the event during different times of the year allows participants to be introduced to different species. MFFC also held a BioBlitz in 2011.

Sharp wants people to know that although identifying wildlife can seem overwhelming to some, with the right tools in place anybody can do it.

"With inaturalist, you can take photos and post them and you have a whole community of naturalists that are able to look at those photos and help you out with the identification," Sharp said.