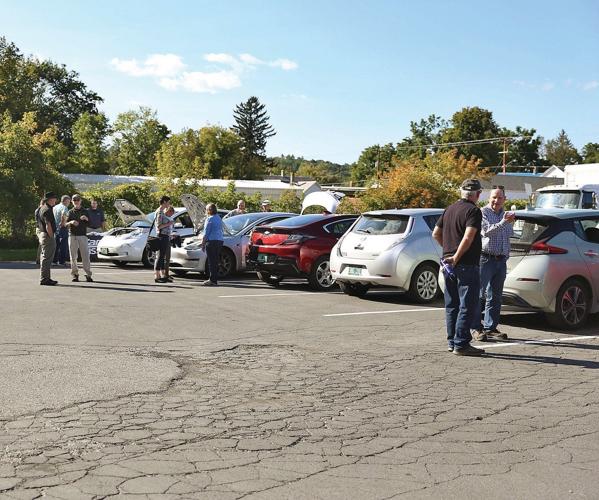 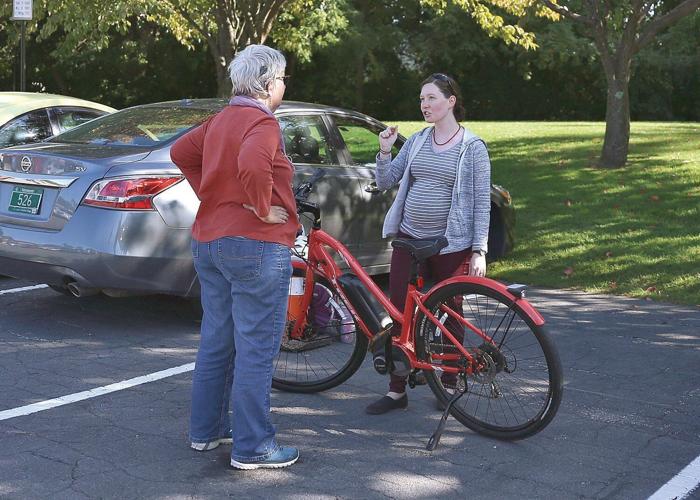 HOLLY PELCZYNSKI - BENNINGTON BANNER Cat Bryars of Bennington shows off her electric bicycle to Kathy Velon of North Bennington on Wednesday afternoon during a ride-and-drive event. 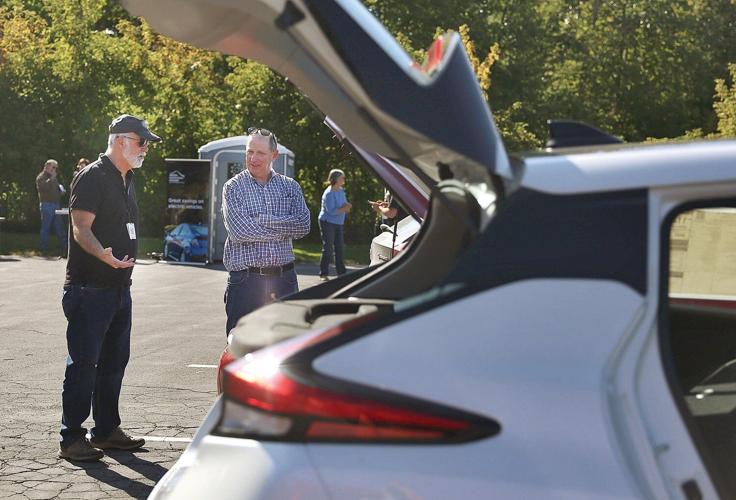 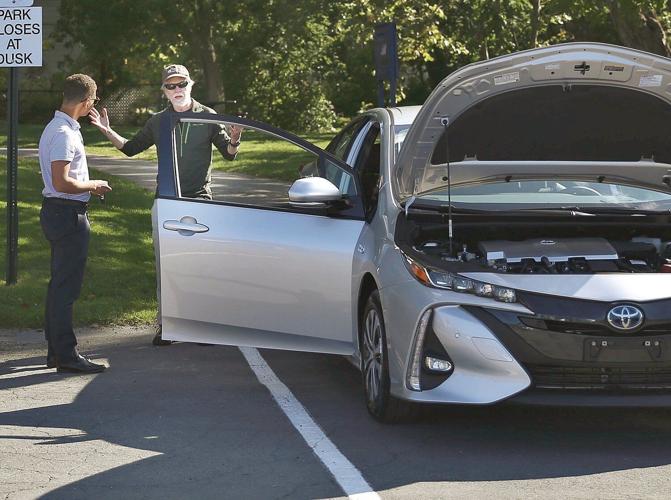 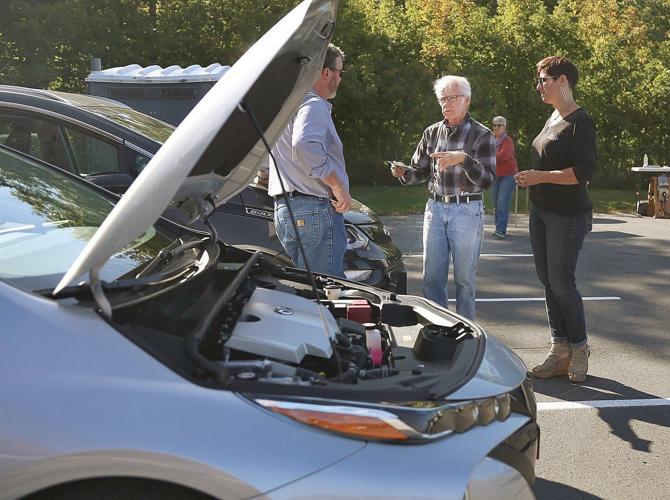 HOLLY PELCZYNSKI - BENNINGTON BANNER Cat Bryars of Bennington shows off her electric bicycle to Kathy Velon of North Bennington on Wednesday afternoon during a ride-and-drive event.

The local event, organized by Green Mountain Power and the Bennington County Regional Commission, was one of hundreds held across the county from Sept. 14 to 22 as part of National Drive Electric Week, a nationwide campaign organized by nonprofits Plug In America, the Sierra Club and the Electric Auto Association. The Garvey and Carbone auto groups sponsored the Bennington event.

"We're just trying to inform people about the electric movement right now—it's getting bigger and bigger," said Matthew Gay, a sales associate with Garvey Nissan in North Clarendon, which brought a new Nissan Leaf and Leaf Plus to the event.

One attendee, Kirke McVay, of Shaftsbury, said he is not currently in the market for an electric vehicle, though he eyed an electric Jaguar SUV on display at the event. McVay purchased a 2014 Nissan Leaf at an Albany dealership for about $10,000 — "dirt cheap," he said — in 2017.

McVay and Lance Wong, of Troy, N.Y., who brought his Tesla Model 3 to the event, are both members of Capital District EV Drivers, a Facebook group for enthusiasts.

Wong, who plans to attend other, similar events this weekend, said his "original reason" for purchasing an electric vehicle was to avoid paying for gasoline, but he gradually became committed to a broader goal of "getting us off of fossil fuels" and improving air quality.

"Whatever anyone knows about electric cars, they need to check it again, because everything about these" is "changing so quickly," Wong said. McVay echoed the sentiment, pointing out that the estimated driving range per charge of his 2014 Leaf is only about 60 to 80 miles, which is dwarfed by newer models. A new Leaf with a 40 kilowatt battery has a range of up to 150 miles, according to Nissan's website.

Jim Sullivan, executive director of the Bennington County Regional Commission, said that the two primary reasons why people opt not to purchase electric vehicles are concerns about the upfront cost and so-called "range anxiety." But there are still significant rebates, incentives and tax credits available for would-be buyers, according to Sullivan, who said he purchased a new Leaf for around $15,000, more than 50 percent less than the sticker price. Electric vehicle owners may also save money on maintenance and fuel costs, he said.

As for range anxiety, "People think that they drive more than they do," said Sullivan, adding that for one-car families, another option might be a plug-in hybrid like the Toyota Prius Prime, which has a total electric and gas range of more than 600 miles, according to a chart by Drive Electric Vermont that was distributed at the event.

The region also needs more public charging stations, according to Sullivan, who said BCRC is working with towns and businesses to support their installation.