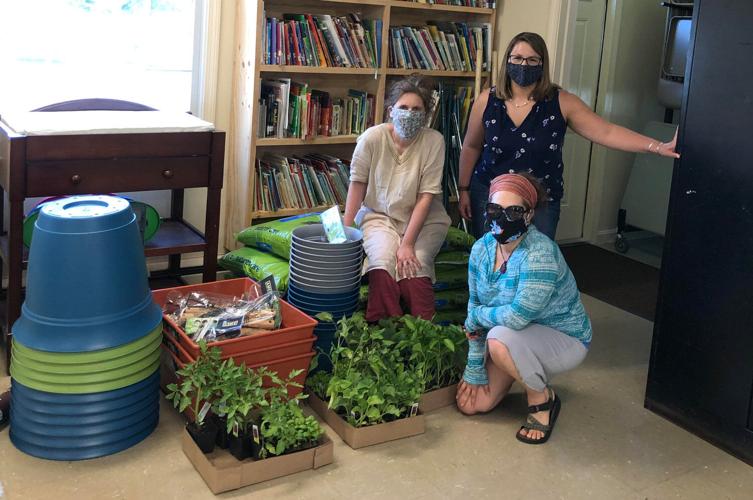 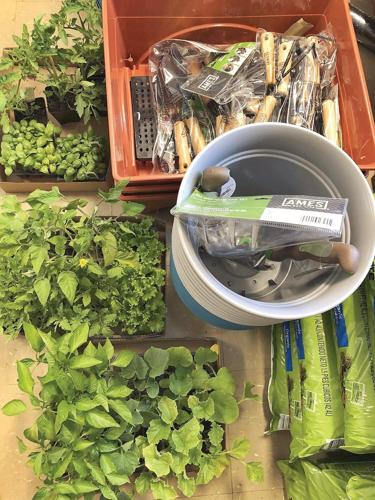 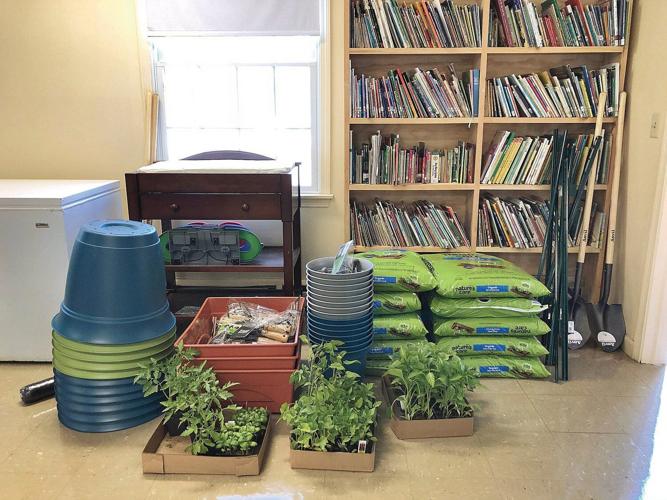 BENNINGTON — Eleven residents of two housing complexes in Bennington are growing their own vegetables this summer, through a project organized by Bennington College to fight food insecurity in the county.

Bennington College staff members dropped off donated tools and plants on June 12 to residents of Willow Brook and Beech Court, to help them establish their own gardens.

The college was awarded $1 million from the Andrew W. Mellon Foundation in the spring of 2019 "to launch a three-year collaborative effort with local partners to address the systemic causes of food insecurity in Bennington County."

"The grant really had two main objectives; one was to develop a curriculum in food studies, and one was with partners to address food insecurity in the town of Bennington," said Susan Sgorbati, director of the Center for the Advancement of Public Action at Bennington College.

The delivery was made to Willow Brook and Beech Court by Erin McKenny, director of the Robert Frost Stone House Museum, and staff member Tatiana Abatemarco.

"The Robert Frost Stone House Museum has been thrilled to partner with CAPA on several wonderful projects related to resilience gardening and food security in the Bennington area," McKenny said.

Lindsay Vajda, acting executive director of the Bennington Housing Authority, first got involved with the project when Sgorbati reached out to the agency about organizing something for the residents of the low-income housing complexes.

"We had a Zoom meeting and talked about what we could do and how we could come up with something to do with gardening even though the whole COVID thing was happening," Vajda said.

Sgorbati created notices and sign-up sheets for the residents and delivered the donated tools and plants.

"Receiving new hand tools, pots, soil, and seedlings not only helped me tend and improve my garden but also renewed my enthusiasm for gardening at a vital time," said Lacey Burke, one of the residents. "It's been a favorite pastime this spring and summer for me and my daughter. The seedlings are a welcome addition and are doing well. I've never had success with tomato or cantaloupe plants from seed, so I'm excited and hopeful they'll fruit this season."

Although only 11 families signed up this year, Vajda believes that once the families see the benefits of the work they've put into their garden, other families will want to sign up.

Sgorbati hopes to see people and businesses in town pitch-in as the project continues over the years.

"I always like to see things go from grant funding to funded by the community. I'd love to see it expand to other people in apartments in town who could use the help getting plants," she said.

The pandemic has also made food insecurity even more of a serious issue. The Bennington Housing Authority previously collaborated with The Abbey Group to provide tenants with free lunches and meals but that has been placed on hold due to the pandemic.

According to Feeding America, in 2018 approximately one in nine Americans were food insecure, which can be defined as a lack of access to affordable, nutritious food. In Bennington County, 17.7 percent of children in 2017 were food insecure.

"It's not just a food bank supplying food but we're helping people grow their own food as well. There's a real vision that this area could feed itself," said Sgorbati.

"Anything that the community can donate even for next year would definitely be helpful," said Vajda.

To learn more about the project or get involved, email capa@bennington.edu