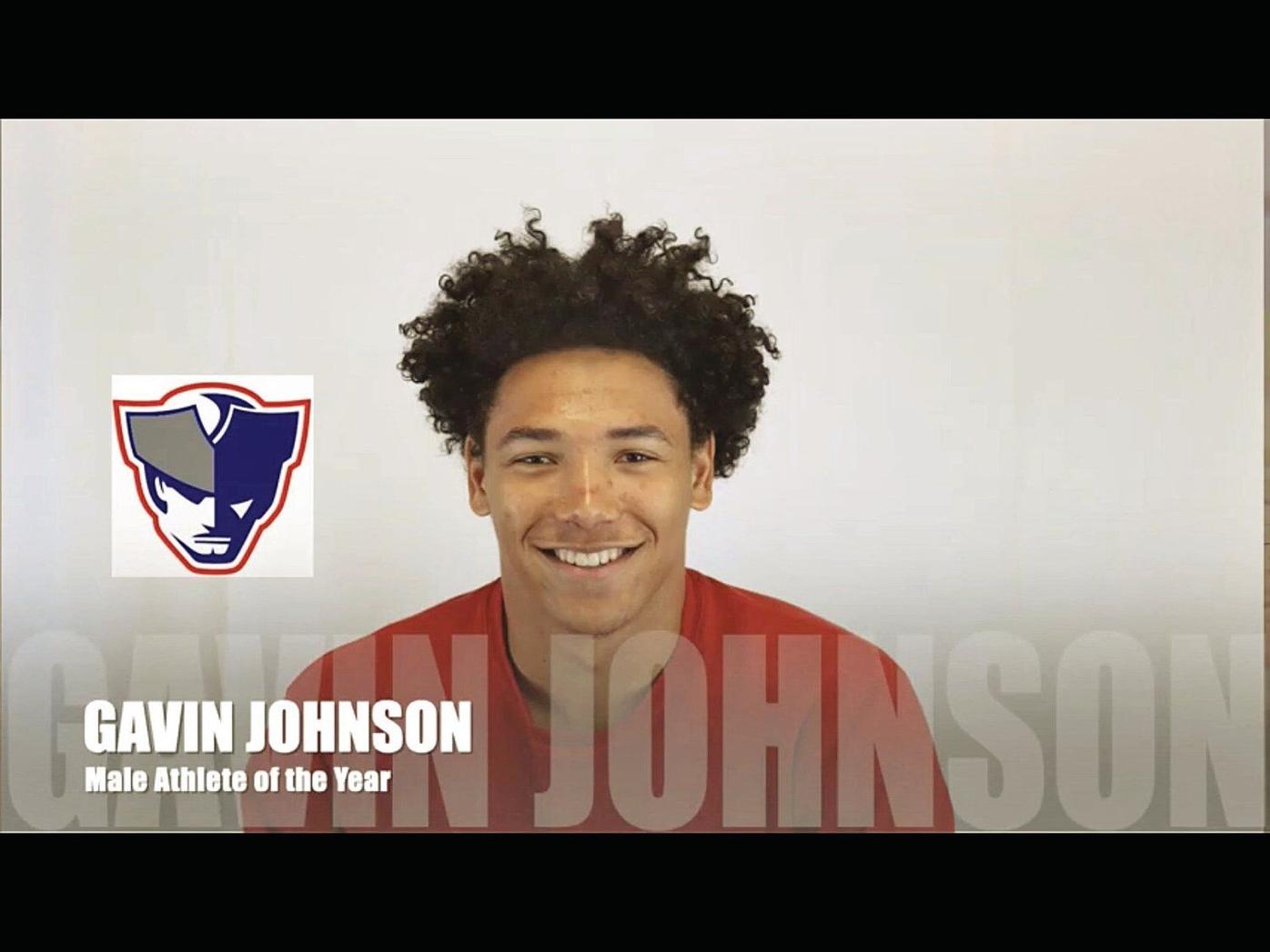 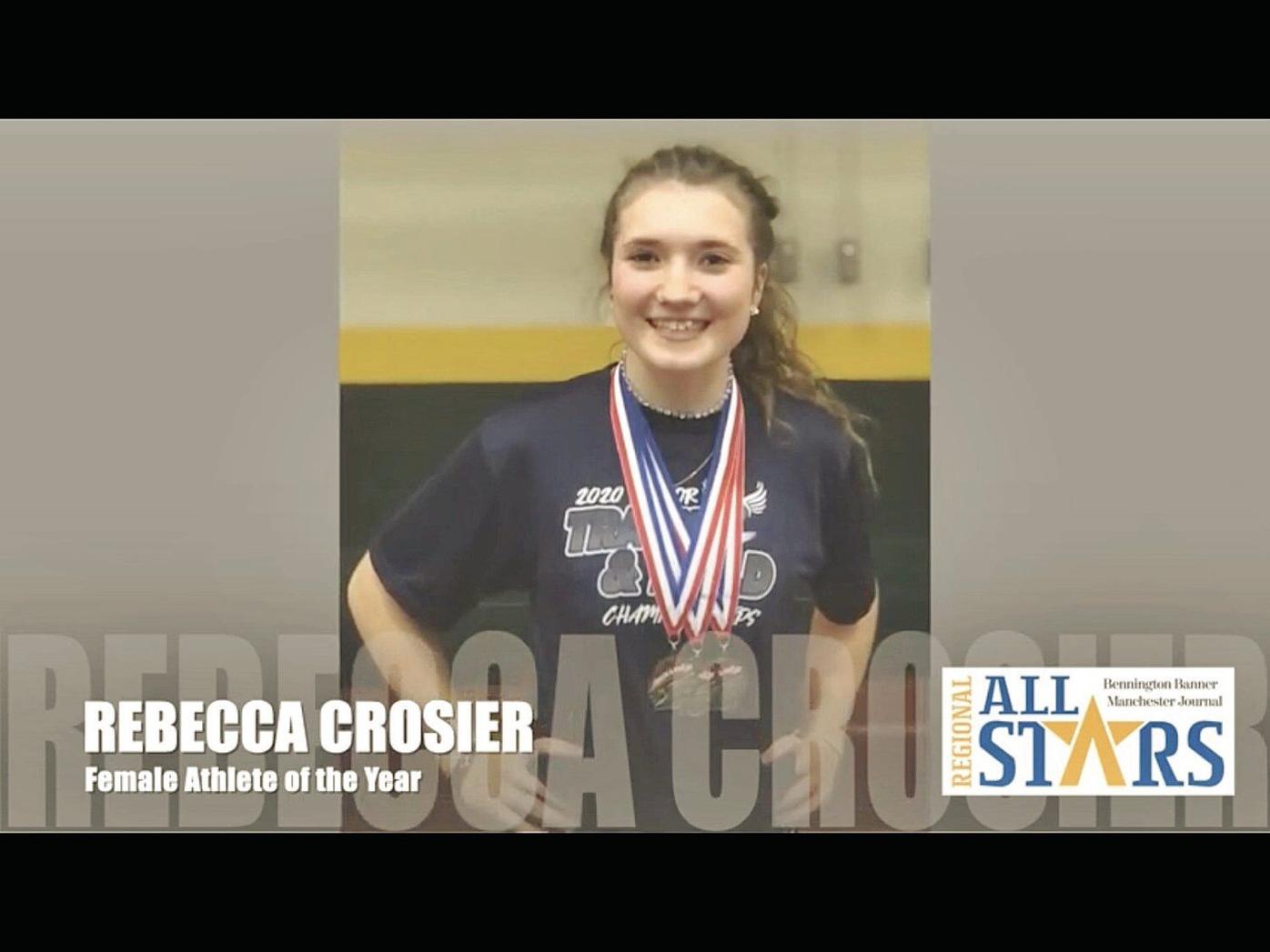 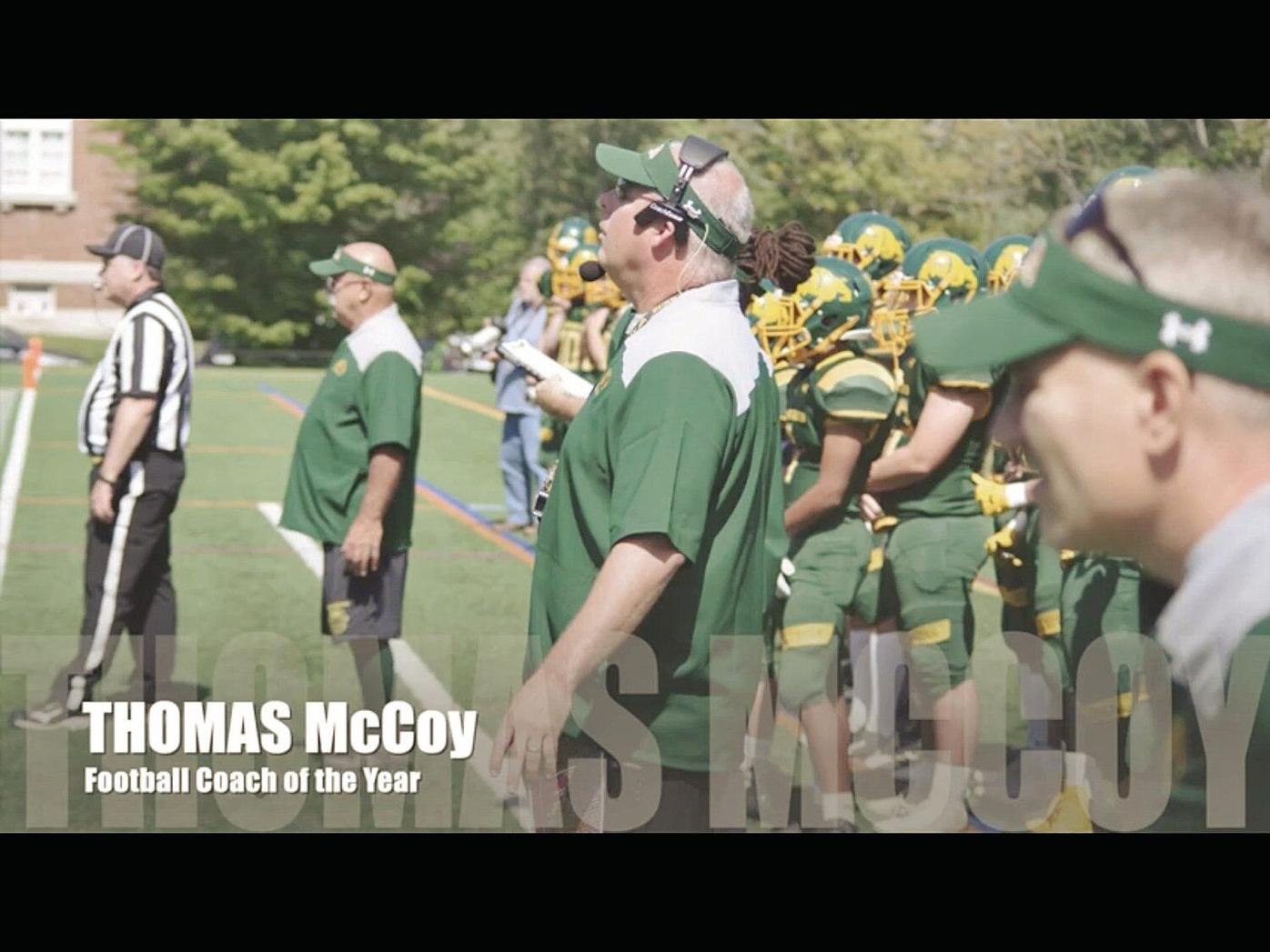 "It was kind of crazy," Johnson said. "I had no clue that I would be getting [that award]. It was a great moment."

[cqembed title="Untitled" content="PGlmcmFtZSB3aWR0aD0iNTYwIiBoZWlnaHQ9IjMxNSIgc3JjPSJodHRwczovL3d3dy55b3V0dWJlLmNvbS9lbWJlZC9YdnFHTGJPSENkYyIgZnJhbWVib3JkZXI9IjAiIGFsbG93PSJhY2NlbGVyb21ldGVyOyBhdXRvcGxheTsgZW5jcnlwdGVkLW1lZGlhOyBneXJvc2NvcGU7IHBpY3R1cmUtaW4tcGljdHVyZSIgYWxsb3dmdWxsc2NyZWVuPjwvaWZyYW1lPg=="]Johnson said his immediate family, including his mom, Patricia, his brother, and his grandparents watching. But a lot of his extended family, ones from New Jersey and Alabama, were also tuned into the broadcast.

"I was speechless and moved to tears," said Patricia Johnson. "I'm just so proud of him, he's using a lot of his leadership skills that he's gotten in his life and is using them on the playing field. He's working how and going far. He has a lot of support from our immediate family, but also with his extended family. The community is behind him 100 percent."

Johnson set school records on the football field as a junior for most touchdown catches in a season and in a career in 2019. On the basketball court, he was a spark, averaging better than 16 points a game for the Patriots and coach Marcus Hass.

"It was a great year, I performed well," Johnson said. "I wish I could have gotten the spring season to cap it all off. We're already gearing up for next season and I think next year could be even better."

Crosier said she was thrilled when she heard her name.

"My friend (Adam Frost) sent me a Snapchat, it was really nice to [be recognized]," Crosier said.

Crosier was watching the broadcast with her mom, dad, sister and her sister's boyfriend while in a hotel room at the University of Massachusetts Lowell, where Crosier will compete in track.

"I had a quiet season in soccer, I know I helped the team, I didn't realize until the end I was the leading scorer," Crosier said. "In track, it was a repeat [of junior season, where she won three individual championships]. I hope those records stay for a while, but I hope it leads people to break those records."

The team of the year was the Burr and Burton football team, who won its first-ever Division I championship in November in a 47-20 win over St. Johnsbury. They finished the season at 10-1, with quarterback Joey McCoy earning a Gatorade Player of the Year award at season's end.

His father, Thomas McCoy, was named coach of the year. In his first year at the helm of the Bulldogs, he led the team to their third state championship in five years.

"It's absolutely a great honor, and I'm very proud that [the Banner] committed to having the [Gala] for the fourth year in a row," McCoy said. "Even though we're in difficult times with the pandemic and the social distancing, you made it a special night for a lot of athletes and coaches. The players do all the work, it's not the coaches, so any recognition I'm given, it's the players that make us who we are.

"We had some great players this year and I'm fortunate we could come out on top in the big game. I'm just really proud of the kids."

McCoy thanked his assistant coaches and the support from the Burr and Burton administration.

"They dedicate countless hours because they love football and the kids, and I'm grateful to them as well," McCoy said.

The award show began with an introduction from Banner and Journal publisher Fredric Rutberg, who, after thanking the night's sponsors — Bennington Subaru, Southwestern Vermont Health Care and the Olin Scott Fund — tossed it, literally, to the host of the evening's festivities, Major League pitcher and broadcaster Jim Kaat.

Kaat, who pitched for more than two decades in the major leagues and won 283 games, bestowed advice to the winners and also thanked the athletes' supporters — parents, coaches and educators — for all they do.

The awards presentation featured cameos from former NFL player and Tamarac grad Wade Hansen, who is set to be a member of the Southern Vermont Storm semi-pro football team this year, along with Williamstown's Jake Benzinger, a tight end with the Arizona Cardinals.

At the end of the night, all of the senior athletes that would have competed in spring sports were honored, in recognition of a season cut short because of the coronavirus pandemic. As a group, they were honored as the unsung heroes of the 2019-2020 season.