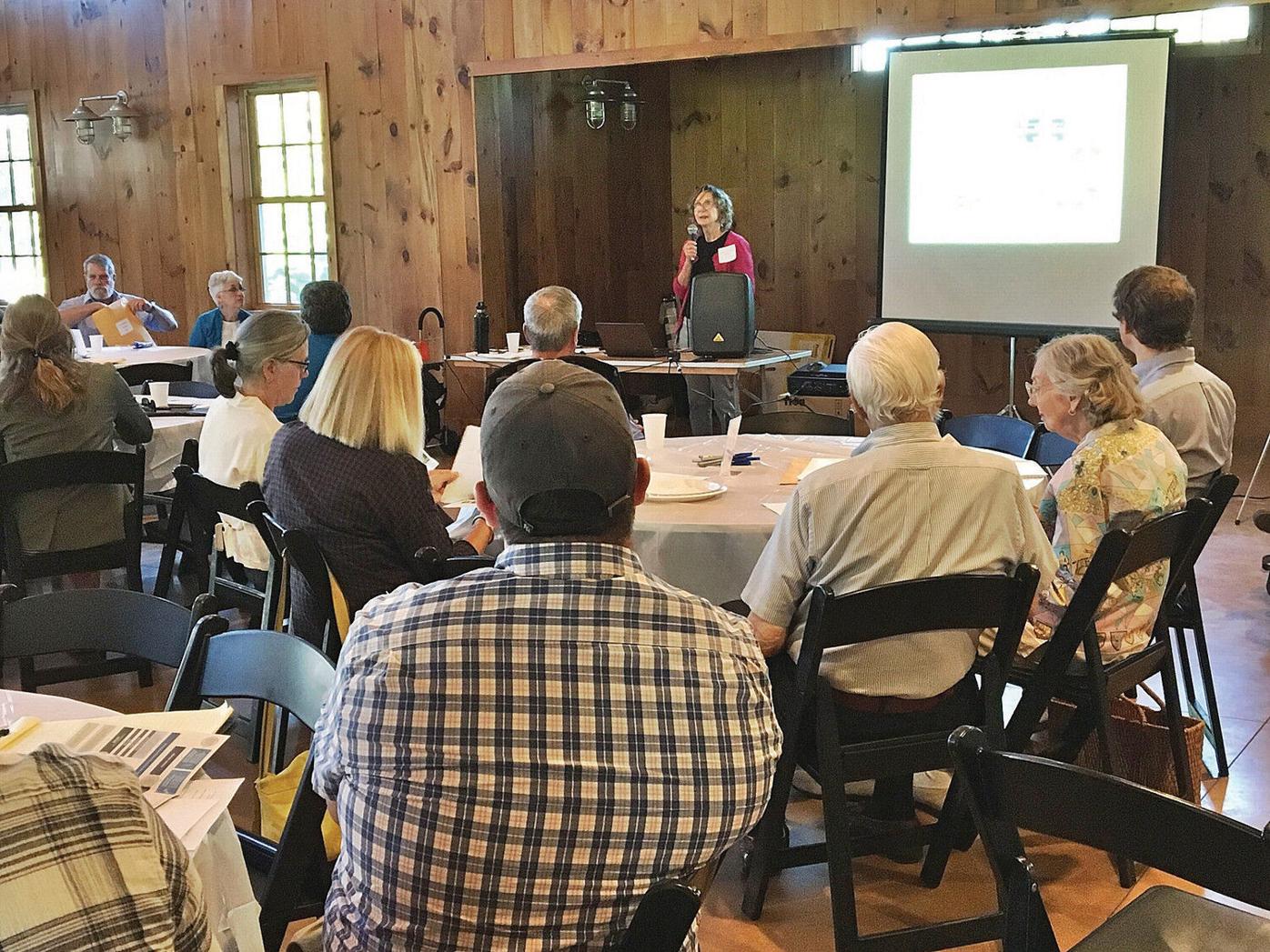 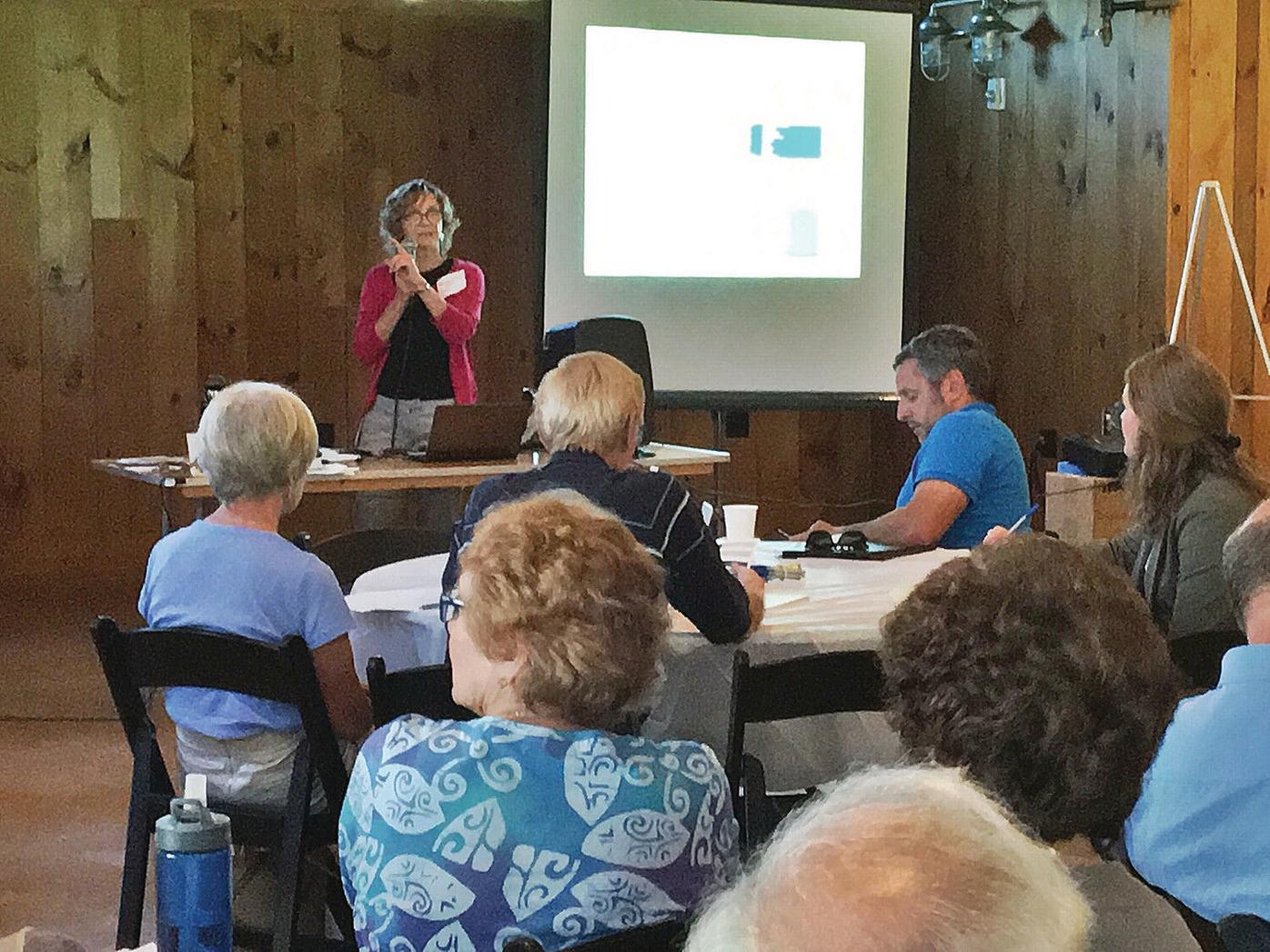 MANCHESTER — Whenever changes to Vermont's Act 250 review process are considered, some familiar themes have predominated. That was the case Wednesday during a legislative forum in Manchester.

The predominate themes — likely no surprise to most — focused on the long-standing call for a less cumbersome and quicker review process for development projects coming before the regional Act 250 commissions.

The Legislature's Commission on Act 250: The Next 50 Yearswas continuing its series of information-gathering sessions on the future of the landmark 1970 environmental planning legislation. The statute, which is approaching a 50th anniversary in 2020, is credited with preserving Vermont's environmental beauty but also criticized as possibly driving away developers and hamstringing the state's economy.

By mid-December, the legislative commission, composed of three state senators and three members of the House, will issue a report on possible Act 250 reforms.

About 75 forum participants were broken into small discussion groups on Wednesday at the Inn at Manchester, where they weighed priorities on aspects of the Act 250 process from various angles.

At the conclusion, the overall sentiment was expressed in a tabulation of survey choices. That found 45 percent listing ecosystem protection as the most important factor in evaluating Act 250 permit applications and 45 percent considering economic development the key factor.

Climate change was considered the most likely disrupting factor to consider in reviewing permits in the future.

The format used for the forums differs from typical comment-gathering sessions, in which residents queue up to offer their views on the topic. The goal, according to notices for the six regional forums is to "invite conversation and engage citizens in small group discussions with facilitators" allowing community members to "talk about what matters most to them."

Sen. Brian Campion, D-Bennington, a member of the legislative commission, said he sees the value of the group discussions after not being sold on the process before the first forum June 20 in Springfield.

"It isn't a regular forum," Campion said, but it could spark "a real conversation," allowing Vermonters on both sides of the development/conservation divide to better understand one another.

Paula Cope, of Cope & Associates, a management consulting firm that is facilitating the forums, said the format "is not the typical town hall style" event, which she said tends to foster "a one-way conversation" as people state their views to the panel.

This format allows more of an exchange of ideas and information, Cope said.

The next forum in the series is set for July 25 in Randolph and they will conclude Sept. 12 in Burlington.

The unusual format doesn't mean that straight-forward comments on the Act 250 process and resident experiences with it are not being sought as well.

Individual comments are being gathered through a survey during the forums, and they are being accepted via email, at Act250Comments@leg.state.vt.us.

Among area lawmakers attending the session was Rep. Linda Joy Sullivan, D-Dorset, who said she plans to support at least one Act 250 reform bill during the next legislative session, H.665, which has a number of listed sponsors.

"I think it's tremendous that the Legislature is inviting discussion of Act 250 reform," Sullivan said Thursday. "But because there seems to be appetite to work on improving this difficult regulatory scheme once every 10 to 15 years, this may be our `once in a generation' shot to improve investment conditions in Vermont."

Concerning the forum process, she said, "I sensed some disappointment among participants that this outreach effort did not permit an open community discussion of what was working well and what wasn't."

Participant Rep. Laura Sibilia, I-West Dover, said afterward, "I thought the format boxed the conversation in. Given the level of contention that exists for some, that type of formatting can be helpful if the goal is to manage a conversation about fine-tuning the legislation."

She added, "We had some climate change deniers at my table, so they did not particularly see a need to consider adjustments to Act 250 based on those changes. In addition, there was a healthy discussion at our table about agriculture and forest production, and while they are not major economic drivers, they are important rural economic drivers and are directly connected, not separate considerations, to Vermont's economic development."

Rep. Bill Botzow, D-Pownal/Woodford, also attended. He said Thursday, "The format served the purpose of starting the conversation, but it is important to keep in mind that it is the relationship amongst the criteria that is important more than the preeminence of any one."

He added: "One comment from the group I was with caught my attention, and that was the need to think through how to reset a permit when conditions change over time."

In opening the forum, Campion described the history of Act 250, which was signed into law in 1970 by Gov. Deane Davis and was spurred in part by large-scale development projects related to the ski industry.

Act 250 regulates a range of development projects, and applications are reviewed by three-member Act 250 regional commissions in nine districts around the state. A key feature, Campion said, is the opportunity for neighbors to apply for party status in order to comment and participate in commission reviews.