For more than half a century, Clemens Kalischer, who died Saturday in Lenox at age 97, remained the quiet, sensitive man in motion, chasing photo assignments around the world and piloting a succession of Volkswagen buses in search of human stories worth capturing forever on film. 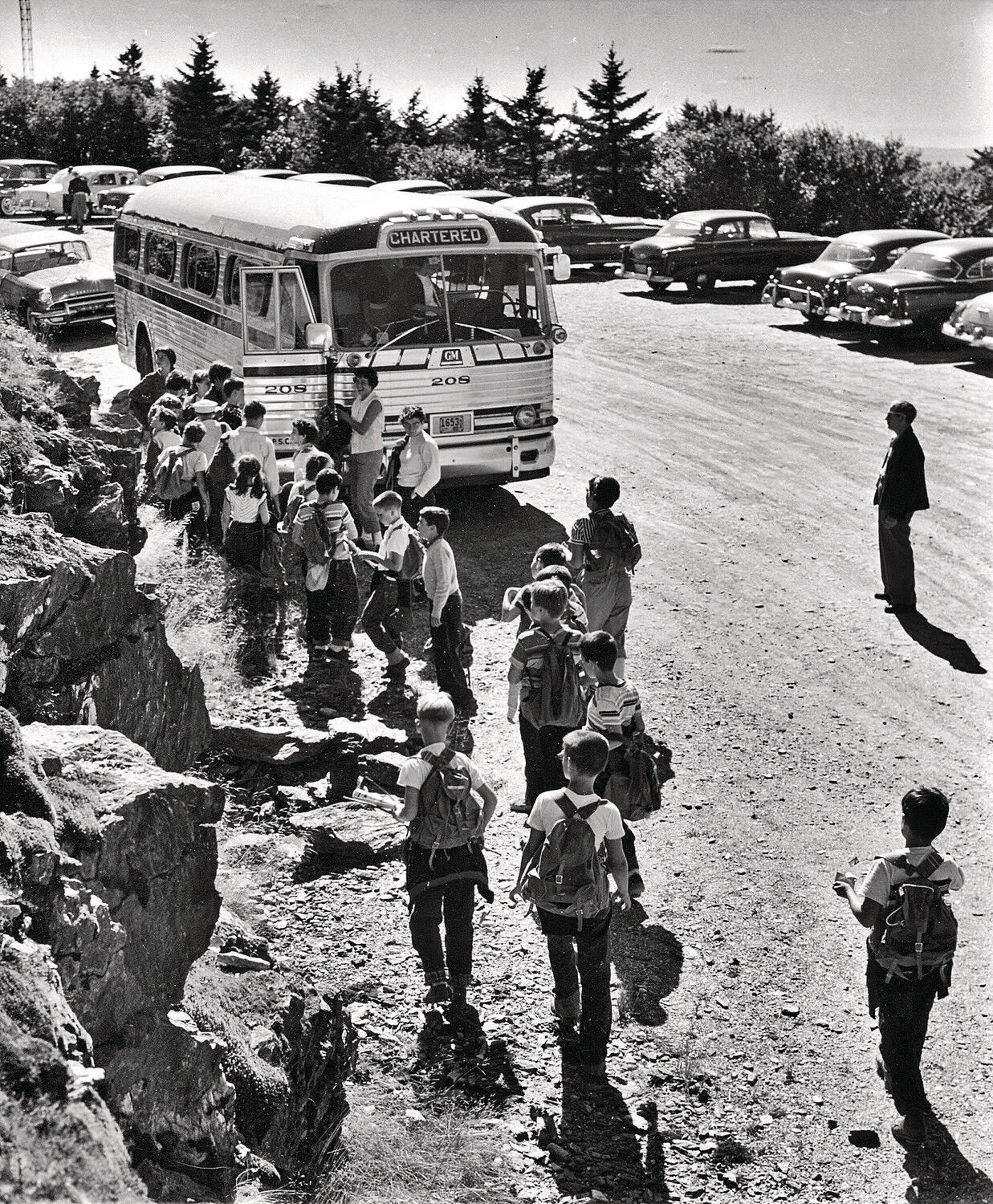 An undated photo of a tour bus on the summit of Mount Greylock. When not shooting photographs, Clemens Kalischer was known to delve deeply into local affairs. 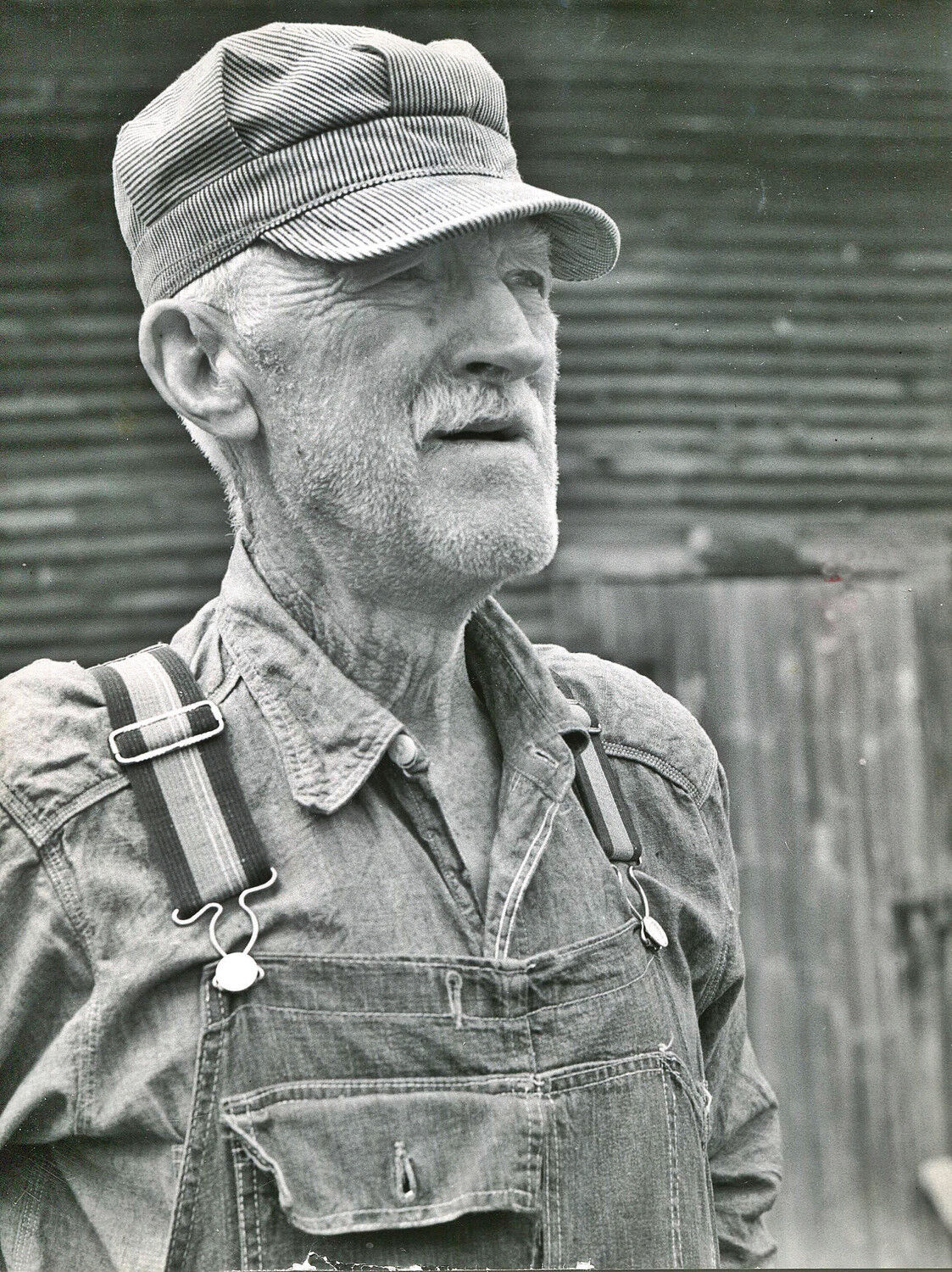 Many of Clemens Kalischer's photographs, such as this one of farmer Walter Anthony, seemingly captured proud people struggling against the limits of their circumstances. 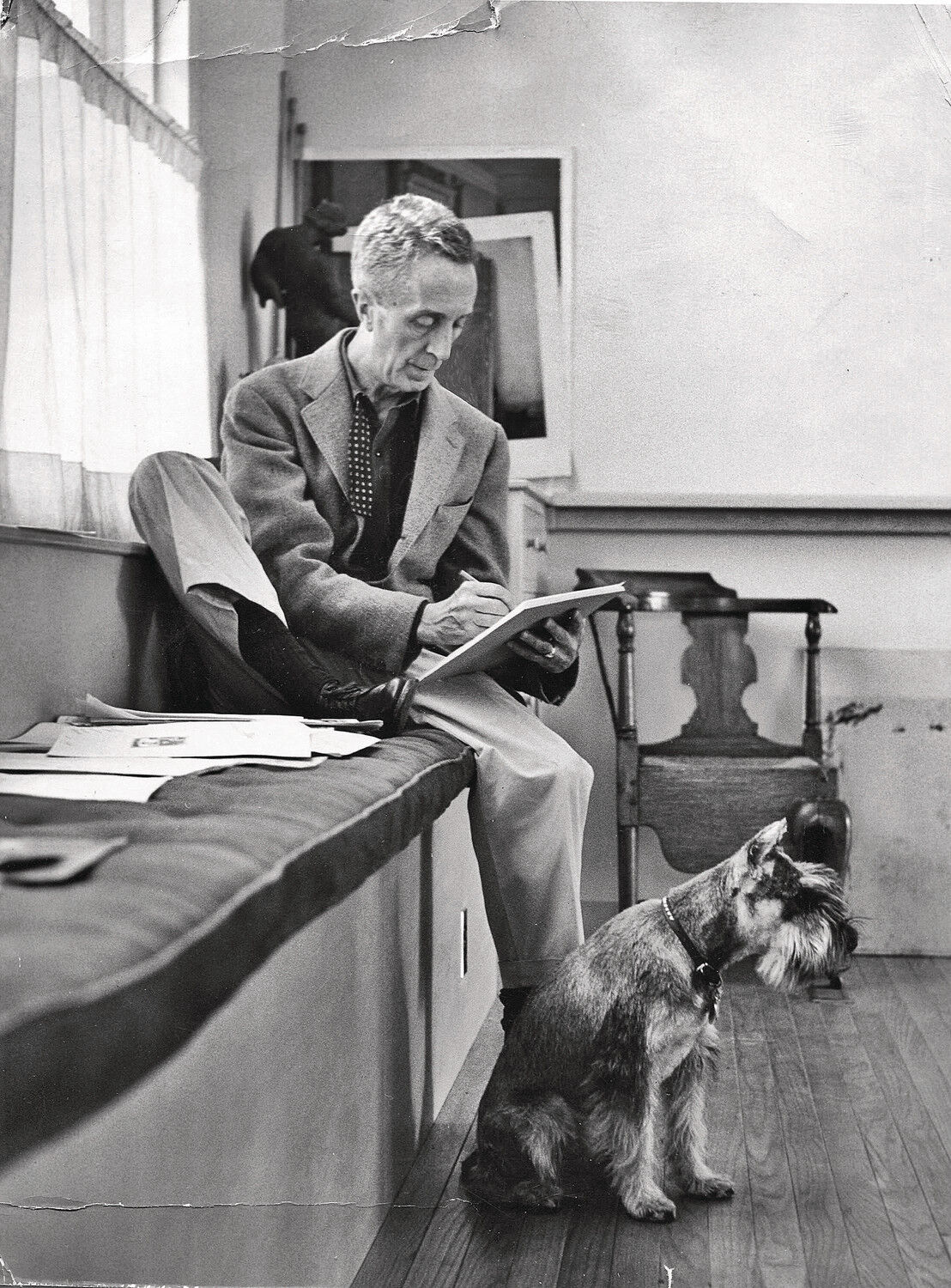 Norman Rockwell sits in his studio, in an undated photo. Clemens Kalischer sometimes took photos for the renowned artist.

For more than half a century, Clemens Kalischer, who died Saturday in Lenox at age 97, remained the quiet, sensitive man in motion, chasing photo assignments around the world and piloting a succession of Volkswagen buses in search of human stories worth capturing forever on film.

An undated photo of a tour bus on the summit of Mount Greylock. When not shooting photographs, Clemens Kalischer was known to delve deeply into local affairs.

Many of Clemens Kalischer's photographs, such as this one of farmer Walter Anthony, seemingly captured proud people struggling against the limits of their circumstances.

Norman Rockwell sits in his studio, in an undated photo. Clemens Kalischer sometimes took photos for the renowned artist.

STOCKBRIDGE, MASS. — When Clemens Kalischer reached America at age 21, he weighed 88 pounds, his body chiseled by three years in forced labor crews as one of wartime Europe's many dispossessed.

So much suffering lay behind Kalischer in 1942 when he, his parents and sister reached safety after years of flight from their native Germany.

But artistic promise lay ahead. A decade later, having found the photographic calling that would define his life, Kalischer made his way to Stockbridge.

For more than half a century, Kalischer, who died Saturday in Lenox at age 97, remained the quiet, sensitive man in motion, chasing photo assignments around the world and piloting a succession of Volkswagen buses in search of human stories worth capturing forever on film.

Kalischer's photographs reached readers of books and national publications. They hang in permanent collections and have been featured in countless exhibitions.

Though he created images for leading publications, Kalischer retained his freedom, his two daughters recalled in an interview Tuesday at their father's Image Gallery at 34 Main St. in Stockbridge, Mass., which he founded in 1965 and where he worked until recently.

"He was well known in New York and part of a famous circle. But he decided he wanted to live in a little town," said Cornelia Kalischer.

Tanya Kalischer recalled that, for her dad, the "freelance" life meant freedom more than the lack of steady pay.

"Most of his life he wandered back roads and took what interested him," she said. "He was a total adventurer. I can't tell you how many times he drove a road because it was there. He'd say, 'I wonder what's down there?'"

Along with his daughters and their families, Kalischer is survived by his wife of 62 years, the former Angela Wottitz, a native of Austria and fellow Holocaust survivor who he met in the Berkshires.

Kalischer took up photography in his mid-20s, courtesy of a chance assignment from an editor at Agence France-Presse in New York, where he worked as a copy boy. He shot the final voyage of the SS Normandie on its way to being scrapped. The images he captured pleased his employer and encouraged him to pursue the art.

Family members say he felt a natural kinship with arriving refugees from the war in Europe, having been through dislocation himself. The Kalisher family — father Hans, mother Ella, sister Eva and Clemens — had left Berlin in 1933. They reached France ahead of the outbreak of World War II, but father and son were later held in work camps.

Kalischer was taken prisoner in 1939, while out riding his bike, leaving his mother to wonder what had become of him. He was shuttled among eight camps in three years, living on a starvation diet of potatoes and onions.

It took the intervention of an American journalist, Varian Fry, and others to secure the help needed to begin a family migration to the U.S., traveling from Marseille in southern France through Morocco to Baltimore and then on to New York City.

Kalischer later gained notice in part for his documentary photos of arriving refugees.

Jarvis Rockwell, a Berkshires artist who showed his work at Image Gallery, recalls those images by his friend.

"He did some wonderful photography of people getting off the boat," Rockwell said.

Despite his difficult teen and young adult years, Kalischer launched into the art form. "He arrived with a mature intelligence. Going full speed, in a way," said Rockwell, son of Norman Rockwell, for whom Kalischer sometimes took photos. "He was a strong character, given to pronouncements."

As a freelancer, it fell to Kalischer to make connections and advance his career. His work took him to both the other side of the world — shooting architecture in India for Fortune magazine — and into Vermont, a state that he treasured, in part because it reminded him of Europe.

"He felt at home and at peace," said Cornelia Kalischer.

The Bennington Museum presented a retrospective of Kalischer's Vermont photographs in 2017.

For years, his work appeared in the Sun magazine based in North Carolina, whose editor and publisher, Sy Safransky, ranks Kalischer as "one of the best, if not the best" photographers ever featured in the 45-year-old publication.

"He worked like crazy. He was devoted to photography," Safransky said, echoing comments from Kalischer's daughters.

Though humble and soft-spoken, Kalischer's work seemed driven by an inner motor.

Safransky and family members say that when Kalischer was working in labor camps, he carried a book of photographs of Paris by Andre Kertesz, a Hungarian Jew. A few years later, freed from oppression against the Jews in Europe, Kalischer was contributing works to his own books.

Work from his camera appeared in "The Family of Man," a book produced by poet Carl Sandburg and photographer Edward Steichen.

"He got a camera, and I don't think he ever set it down after that," Safransky said.

"The man never took a vacation," Tanya Kalischer said. "Every trip we took was for work."

For a time in the 1960s, the family moved to Europe, where Kalischer shot extensively. His travels continued into the 1990s, when he visited Cuba and Israel.

Kalischer was shooting images in the Berkshires until a few years ago. Deep into his 90s, he came to the gallery several afternoons a week, where friends like Jarvis Rockwell expected to find him.

Love of the underdog

Inside Image Gallery on Tuesday, photographs by Kalischer hung in a main display area, many of them seeming to capture proud people struggling against the limits of their circumstances.

Kate Coulehan, who manages Image Gallery and worked alongside Kalischer, admired his feeling for the underdog.

"He would somehow infuse great confidence into people's lives," she said of his photographs. "He was a gentle soul who never judged how a person looked."

Despite the violence he had witnessed as a youth, and the horror wrought by dictators, Kalischer believed people had good reason to hope, his daughters say.

Amid the vagaries of freelancing, Kalischer followed a steadfast interest in music. A note sitting beside an electronic keyboard in the gallery invites people to play.

For years, Kalischer captured the culture and community of musicians, particularly the Marlboro Music School and Festival in Vermont.

On one early trip there, Kalischer reconnected with pianist Rudolf Serkin, a co-founder of the program, who he'd known from visits to Switzerland. Kalischer was on an assignment from Vermont Life magazine.

"They became lifelong friends," Tanya Kalischer said. "Music was his soul. He didn't know that he was actually a conductor."

It had been another music- and arts-related assignment — to photograph events at Tanglewood and Jacob's Pillow — that first brought Kalischer to the Berkshires in 1949, his daughters say.

Though he left Europe with war raging, and Adolf Hitler in power, Kalischer worked to reconcile elements of his past by later joining the "One by One" program, which brought together survivors of the Holocaust and those who perpetrated crimes against Jews.

"A whole new thing opened up for him," said Cornelia Kalischer, who accompanied her father on repeated trips to Europe, one of which involved purchasing yet another VW van.

"A lot changed through that kind of healing," Tanya Kalischer added.

Both daughters say that while history hung heavy in his family's past, when it came to concern about human rights, their father lived fully in the present, pointing out that Germany's responsibility, today, is to treat refugees and immigrants with decency.

"He was a huge fighter for human rights and refugees," Tanya Kalischer said. "He was relevant. He was looking at what humanity is doing."

For one of his exhibitions in Germany, Kalischer displayed photographs of immigrants arriving in the U.S. from Bremerhaven, Germany. Family members cite his ability to capture the emotions of people in transit.

"He had this immense connection to these people," Tanya Kalischer said. "When he took those photographs, it came from a place of empathy."

Over the years, Kalischer developed steady photographic clients, including several schools in the region such as Mount Holyoke College. He taught at Williams College and Berkshire Community College.

His work is in the collections of the Brooklyn Museum, the Museum of Modern Art, the International Center of Photography in New York, the Diaspora Museum in Tel Aviv, the Bayerisches Museum in Munich and several college museums, among others.

When not shooting photographs, Kalischer was known to delve deeply into local affairs, serving on civic boards, helping in 1985 to create one of the first community-supported agriculture projects, the Indian Line Farm, and giving his time as president of the Millay Colony for the Arts.

Though faces captured from across a century peer out from his images, Kalischer also had a love of animals, his daughters say, particularly cows and crows.

As a boy, he'd been smitten by nature and animals, before Hitler's rise to power put the family on the run. He collected live animals, his daughter Tanya says, and raised them under his bed.

A memorial service is planned at a date to be announced.