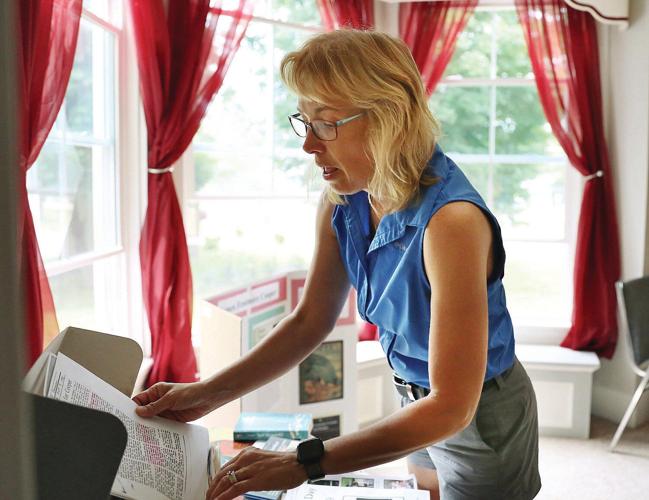 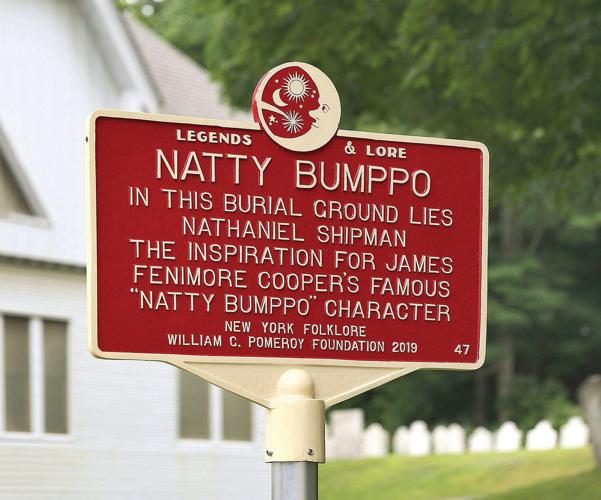 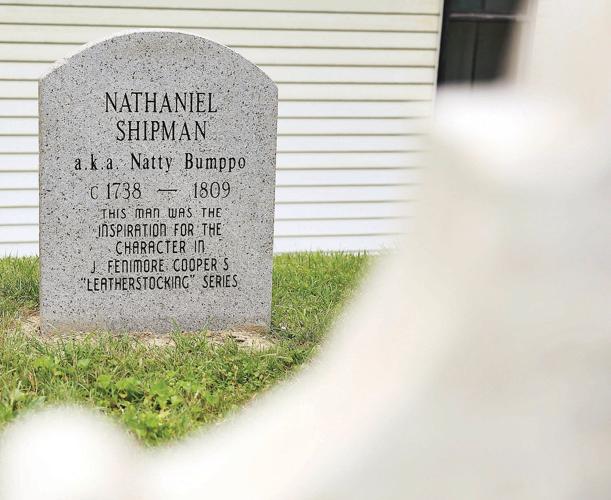 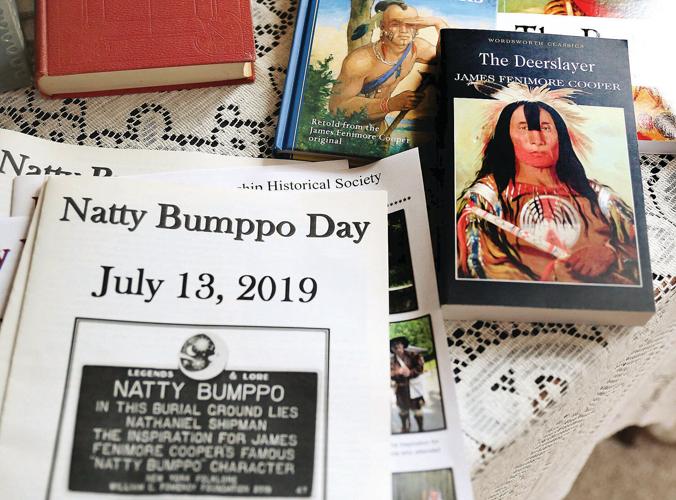 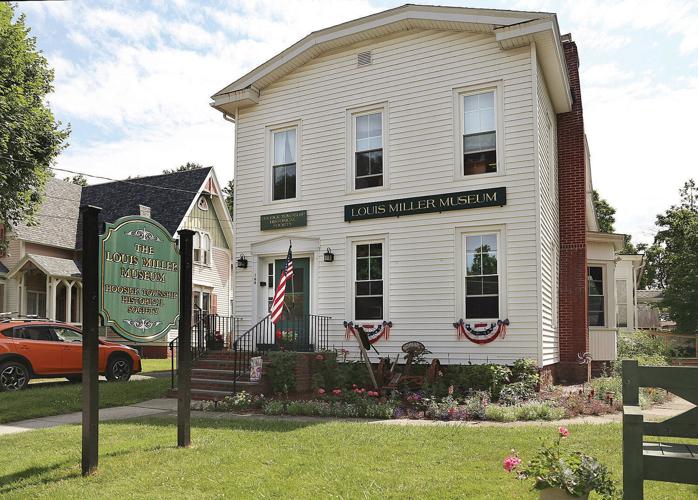 HOOSICK FALLS, N.Y. — Around last November, workers made a surprising discovery while cleaning a closet at the Louis Miller Museum here.

They found a box of documents that showed that Nathaniel Shipman, a native son who is buried in the village, was the inspiration for author James Fenimore Cooper's character Natty Bumppo in his five-novel Leatherstocking Tales series, published between 1823 and 1841. They dove into further research, and decided to revive a long-dormant effort to commemorate Shipman.

"After we did all the research, and we thought it was a really cool story that needed to be told and kind of finished, and we decided we wanted to put a monument up to him," said Joyce Brewer, director of the Hoosick Township Historical Society and the Louis Miller Museum.

And where the village previously failed in that effort over 140 years ago, the historical society has succeeded.

Last December, they applied for a grant from the William G. Pomeroy Foundation for a marker for Shipman. They were awarded an $1,100 grant to pay for the marker, which identifies Shipman as the inspiration for Natty Bumppo.

The marker was placed at the edge of the First Baptist Church property in the village; Shipman is buried on the property.

The marker was unveiled at a ceremony on July 13 that was attended by about 50 people. Members of the local chapter of the Sons of the American Revolution, the living history group the Second Continental Artillery, the Pioneer Fish & Game Club and a group of local students participated.

"Natty Bumppo made an appearance too," Brewer said. He came in the form of Mike Chapman, a local man who is involved in re-enactments.

"I was familiar with the character," said Peter Hornell of Cambridge, New York, who participated in the ceremony. "I was surprised to learn that his inspiration was local."

Beyond the historical importance, Hornell said he thinks the connection between Shipman and Natty Bumppo "adds to the community."

"It's really helpful for tourism, and it kind of brings life to the community," he said.

At the event, organizers also presented a new gravestone they had installed at Shipman's grave, paid for with museum operating funds.

"There was no marking for him in the cemetery," Brewer said. According to documents and writings of Levi Chandler Ball, who was president of Hoosick Falls for a time in the 1800s, the headstone was made of wood.

Sometime around 1930, it disintegrated, Brewer said.

Ball also led an effort in 1874 to put up a monument at or near Shipman's grave, identifying his Natty Bumppo connection.

But that effort was stymied by a disagreement with Cooperstown, to the west. The village became embroiled in a feud with Cooperstown about the truth of the claim that Shipman was in fact the inspiration for Bumppo.

"[Somewhere] along the line — we can't really figure out where — a woman in Cooperstown claimed that her relative was actually the inspiration for Natty Bumppo," Brewer said. "This was picked up nationally. This little argument between Cooperstown and Hoosick Falls."

The people of Cooperstown had actually threatened to sue the people of Hoosick Falls if they put up a monument to Shipman saying he was the inspiration for the character, Brewer said. But the effort to build a marker soon collapsed.

"Nothing ever happened," Brewer said of the village's prior effort. "The town decided not to pursue it, and then Levi Chandler Ball died. And he was the person who was really heading up this whole process."

Shipman, a hunter, fisher and trapper, was born and raised in Hoosick Falls. It's not known how old he was when he died in 1809, but he was of an advanced age, Brewer said.

Materials found in the gray box in the storage closet include newspaper articles with stories from people like Shipman's father-in-law.

"We've got all these articles and these stories from local people talking about how, this is who Nathaniel Shipman was," Brewer said.

In the Leatherstocking series, the character of Natty Bumppo is tarred and feathered because he won't fight in the Revolutionary War, she said.

In the documents, people in Hoosick Falls talk about Shipman encountering the same fate, she said. Shipman fought in the French and Indian War, and became friends with a British commander. He also had friends who were Native American.

So when the Revolutionary War and the Battle of Bennington came along, he refused to take sides in the fight — so he was tarred and feathered.

"That's when he went into the woods," Brewer said.

James Fenimore Cooper, who lived in Cooperstown, crossed paths with Shipman there.

"At the time, it was rural," Brewer said. "It was woods. And Cooper met [Shipman] out there. He was out there hunting and fishing and trapping."

In order to receive a grant from the Pomeroy Foundation, Brewer said, they had to prove their claim that Shipman was the inspiration for Bumppo.

Besides the individual stories of people who knew him, the cemetery records in particular are compelling evidence, she said.

In one, "it says right next to his name — 'Leatherstocking,' in quotes," she said. Other documents, primarily cemetery records, say "Natty" next to Shipman's name, she said.

"I think the cemetery records that have his name with the words `leatherstocking' next to it was some of the big proof," she said.

As part of their research, a volunteer spoke with a historian in Cooperstown, Brewer said.

"They weren't really interested at all, which was as good thing," she said.

This discovery gives Hoosick Falls "another little boost," she said.

"We haven't had a good time of it lately," she said. "It's been tough. It's very important, keeping the history and making sure our history has been preserved."