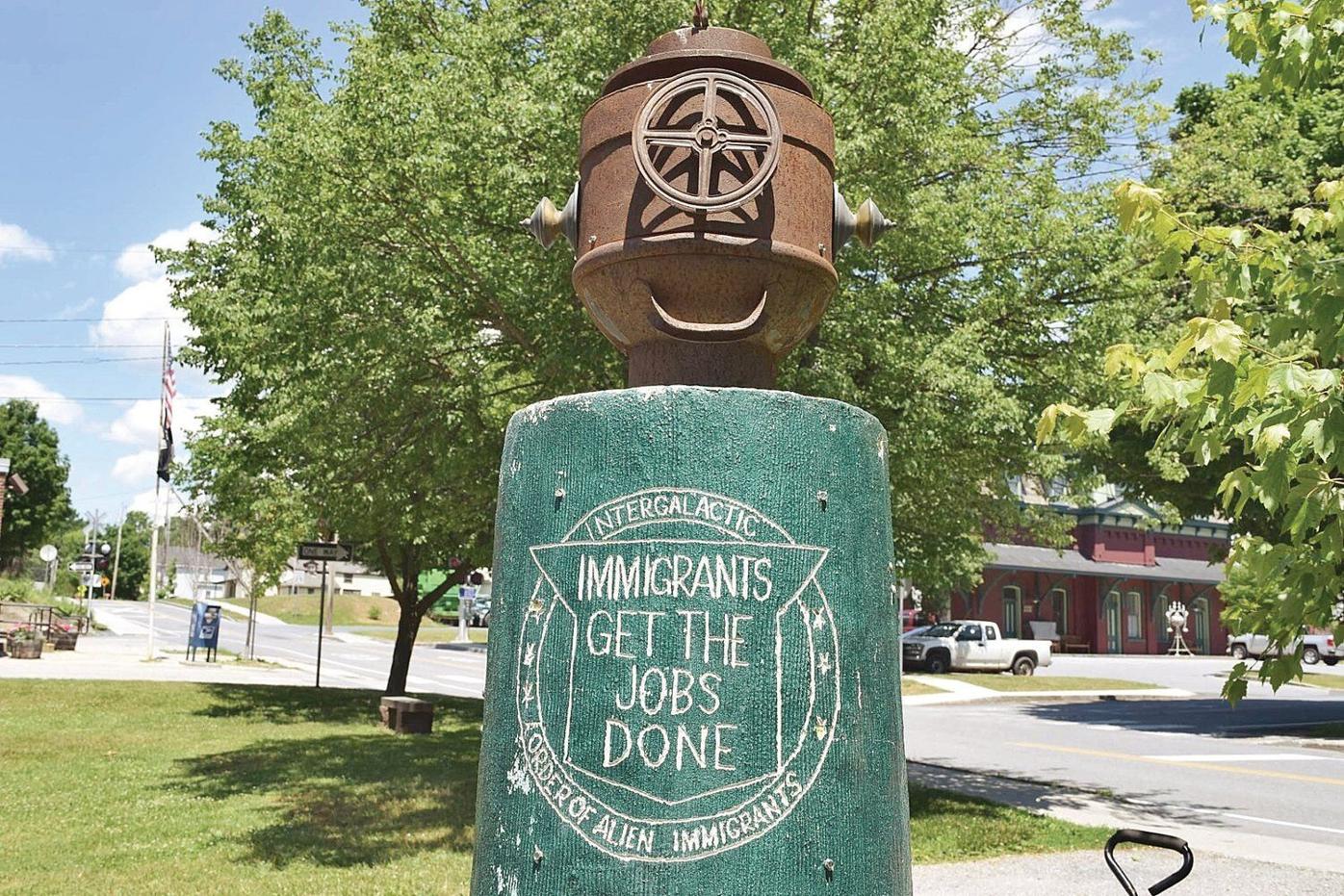 The back of Brandon LaDue and Bob Turan's sculpture "Eduardo" bears a line from the musical "Hamilton": "Immigrants get the job done." 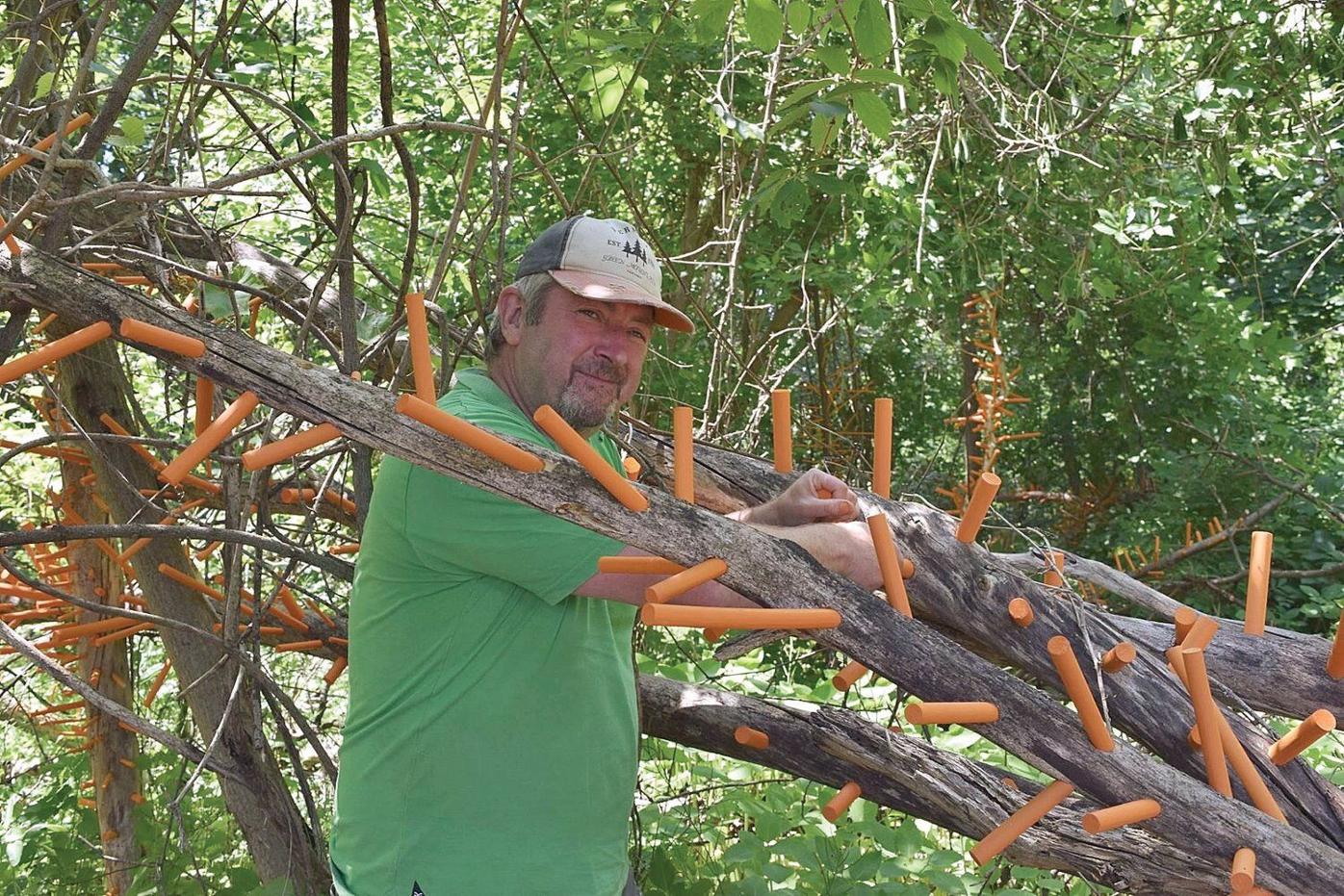 Lee Williams installs his sculpture at the North Bennington Outdoor Sculpture Show. "I only work with at the moment dead wood, because I'm interested in what goes around the sculpture as much as the actual sculpture," he said. 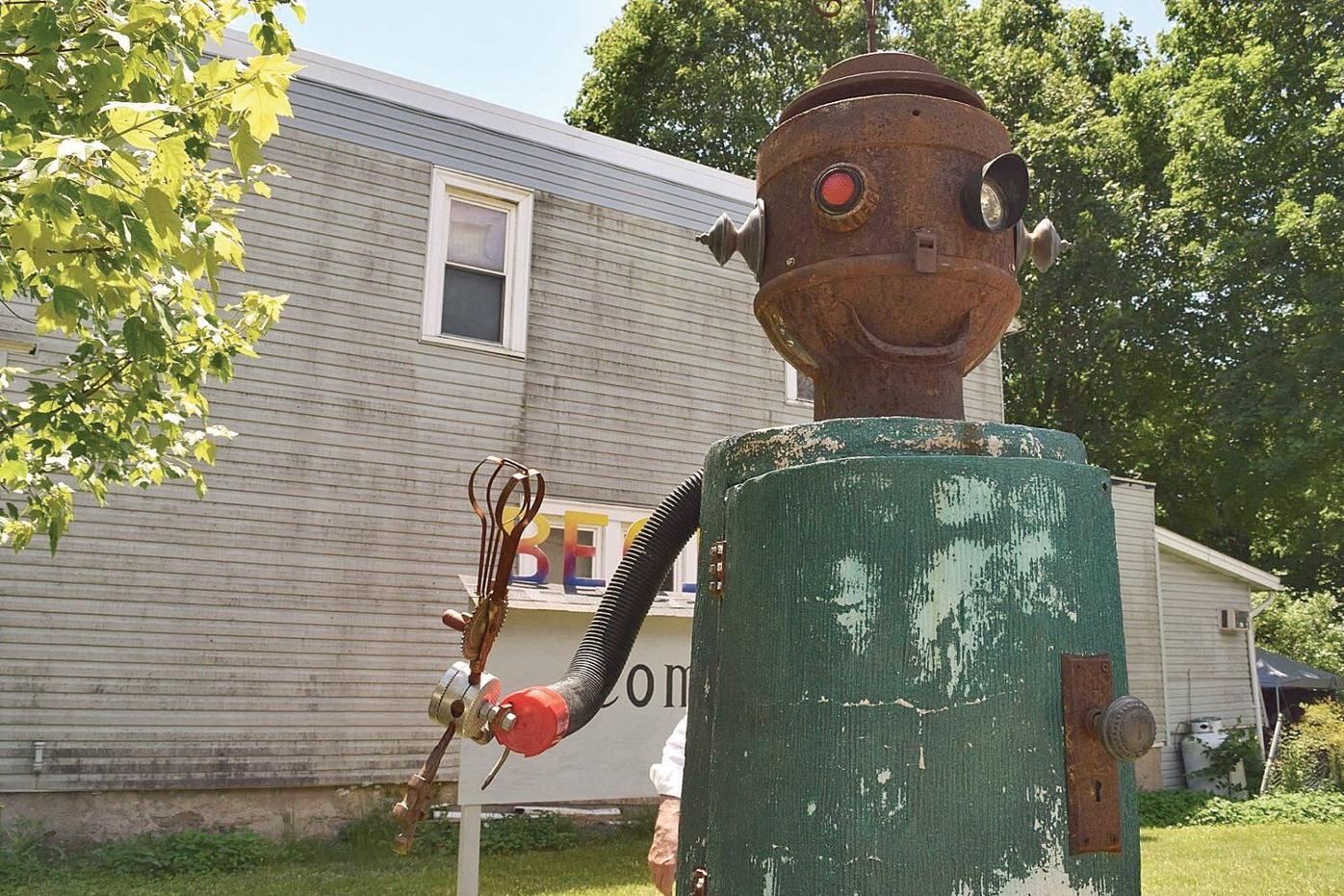 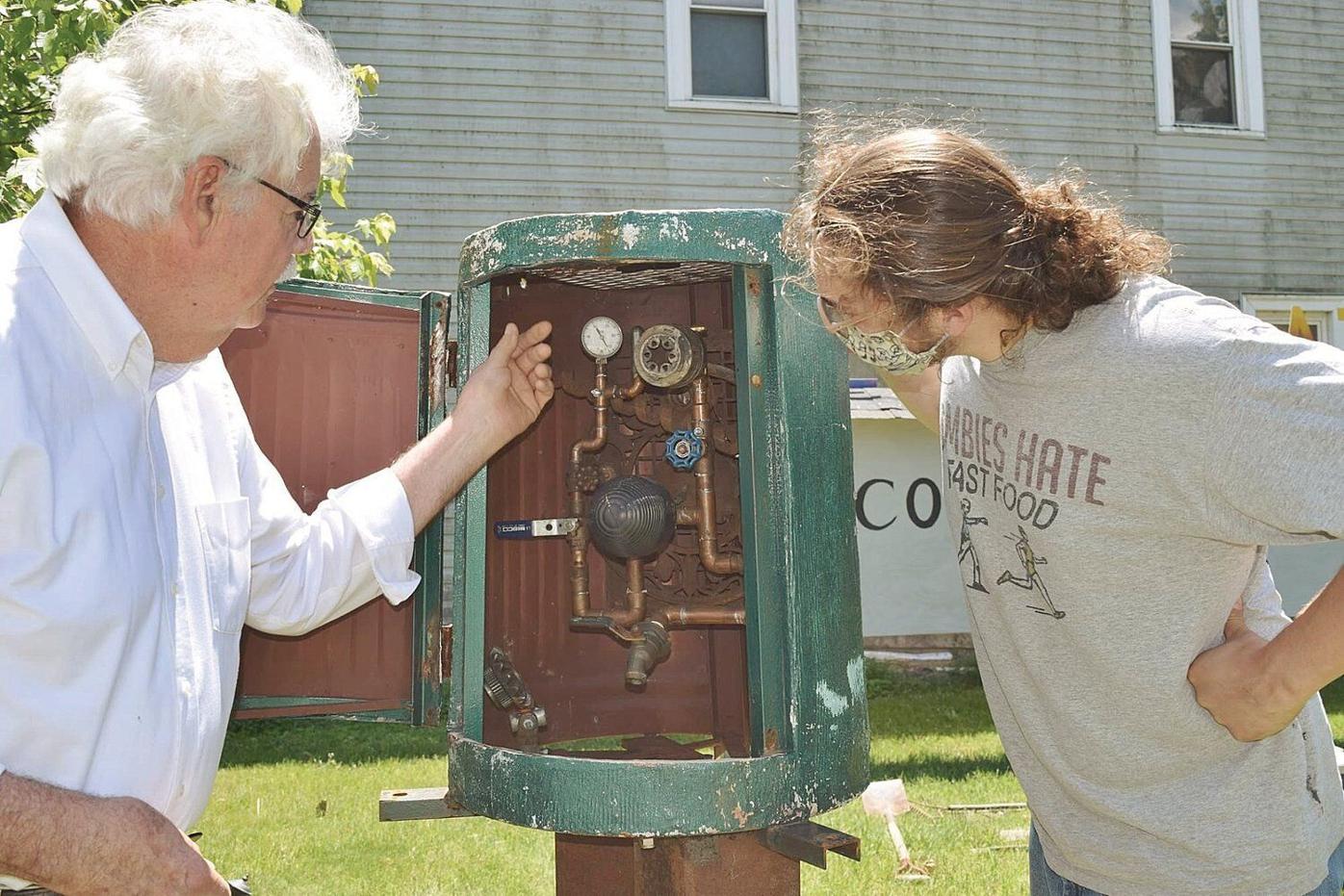 The back of Brandon LaDue and Bob Turan's sculpture "Eduardo" bears a line from the musical "Hamilton": "Immigrants get the job done."

Lee Williams installs his sculpture at the North Bennington Outdoor Sculpture Show. "I only work with at the moment dead wood, because I'm interested in what goes around the sculpture as much as the actual sculpture," he said.

NORTH BENNINGTON — Curator Joe Chirchirillo thought about canceling this year's North Bennington Outdoor Sculpture Show, but ultimately decided to continue because he believed it was important for some "good things to happen during this crazy time."

"The important thing is so many things have been canceled, there's really no reason to cancel outdoor sculpture," Chirchirillo said. "It's the kind of thing you can do with a safe distance without any problems."

The 23rd annual NBOSS, which opens June 20, will be the ninth that Joe Chirchirillo has put together. As he does every year, he looks forward to the show.

Originally from New York City, Chirchirillo moved to Bennington 20 years ago. A sculptor himself, he participated in the NBOSS before becoming the curator.

"Art is not an easy thing in any way. It's hard to make it, it's hard to sustain, career-wise as well," said Chirchirillo.

While there are usually about 40 sculptors who exhibit their work, this year there will only be 25 due to the coronavirus pandemic. According to Chirchirillo, some out-of-state artists feared getting stuck between borders and didn't feel comfortable traveling for the exhibition.

In the past, the NBOSS show has held its opening ceremony at the Vermont Arts Exchange with music and food. But this year, there will be no opening, and the show will be much smaller.

The sculptures will be exhibited all around North Bennington in locations such as the VAE, the train depot, Whitman's Feed Store, Bennington College's Welling Townhouse, and Stuart Aldrich's house.

The first sculpture exhibition began 23 years ago on the property of Joe McGovern, a local mason who was friends with some of the artists at Bennington College, according to Chirchirillo.

"It was a way of getting their work out of the studio and in front of people," Chirchirillo said. "And for a long time if you didn't live in Bennington you couldn't be in the show, probably for the first 10 years."

But now artists from as far as Kansas come to North Bennington to share their pieces. There are also a growing number of people who come to see the sculptures.

Chirchirillo hopes to expand the show to draw more crowds in to help art tourism as well as create communities for artists. But one of the difficulties he faces is that he is not able to provide stipends, or payments, for the sculptures of artists. This means that he relies heavily on creating connections with artists and hoping to find those who can share their art without needing a salary.

This year Chirchirillo will be presenting his piece titled "2020". Most sculptures presented at the show are made of steel and wood, but Chirchirillo's signature is the use of cement.

Brandon LaDue, of Middletown Springs, Vt., and Bob Turan, of Earlton, N.Y., are a grandfather and grandson duo who together worked to create their sculpture which they described as an intergalactic immigrant robot named Eduardo. Brandon LaDue credits his grandfather Bob Turan, whom he praised for his artistry, for teaching him how to weld.

Turan shared that the project began when he gave his grandson some scrap metal and "homework," hoping that he would figure out a way to use recycled materials in sculpture. The body of the sculpture is made out of one of Turan's old sculptures. On the top of Eduardo's head is a solar cell, which lights up one of Eduardo's eyes at night. On Eduardo's back is engraved "Immigrants Get The Job Done," which Turan explained was inspired by a line in the musical "Hamilton" by Lin-Manuel Miranda.

Another sculptor whose work will soon be displayed is Lee Williams, a retired art teacher who moved to North Bennington 18 months ago from Wales. On Friday, he began to clear a pathway into the woods to display his sculpture. For Williams, his move to Vermont allowed him to be more in tune with nature, inspiring his piece.

"I only work with at the moment dead wood, because I'm interested in what goes around the sculpture as much as the actual sculpture. You've got a natural thing that is dying, and these [sculptures] as energy coming into it," said Williams.

Williams said he wants to focus on making non-traditional sculptures that are based on the area and nature he is working in.

The outdoor show will remain on view to the public 24/7 until Saturday, Nov. 1.

Chirchirillo and nine other sculptors will be displaying works at the Bennington Museum this summer as well. Although the museum is not open until July 3, it hopes to attract visitors to explore the grounds.