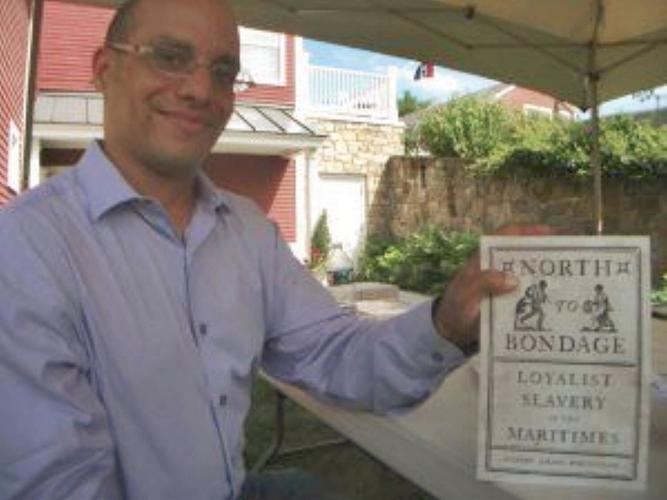 Harvey Amani Whitfield, a professor at the University of Vermont, in 2016. Whitfield is author of the books "The Problem of Slavery in Early Vermont, 1777-1810" and his newest, "North to Bondage: Loyalist Slavery in the Maritimes." 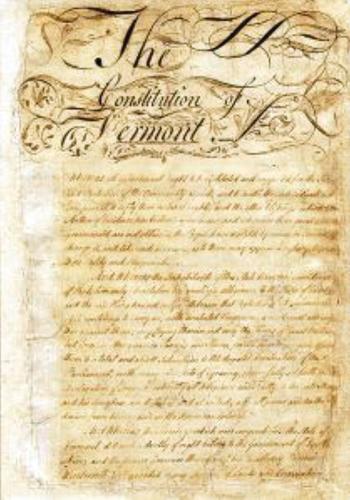 Harvey Amani Whitfield, a professor at the University of Vermont, in 2016. Whitfield is author of the books "The Problem of Slavery in Early Vermont, 1777-1810" and his newest, "North to Bondage: Loyalist Slavery in the Maritimes."

The Vermont Constitution is often held up as the first in the country to ban slavery. But it actually leaves a caveat. No one, it states, can be enslaved "after arriving to the age of twenty-one years" or unless "bound by law for the payment of debts, damages, fines, costs, or the like."

The Vermont League of Cities and Towns is seeking to change that. Its members unanimously passed a resolution this week calling for a constitutional amendment to revise the language to state simply that "Slavery and involuntary servitude in all forms are prohibited."

The resolution was introduced by Sasha Thayer, a member of the Plainfield Selectboard. Thayer said the resolution itself was a spur-of-the-moment idea, inspired by news she'd heard on NPR earlier that day.

"I was so pained to hear about Kiah Morris," she said, referencing the black Vermont lawmaker who stepped down from her role following repeated incidents of racial harassment. "It's a really small symbolic thing that we can do to make this change."

Thayer said she plans to ask Vermont senators to begin the process to amend the Constitution, though none have committed to supporting a measure yet.

Constitutional amendments in Vermont can only be introduced every four years, and the next opportunity to do so is 2019. The process has three parts: An amendment has to be passed by two-thirds of the Senate and a majority in the House. It has to then be re-introduced in the next session, and again pass the Senate and the House. Finally be approved in a statewide referendum.

Curtiss Reed, the executive director of the Vermont Partnership for Fairness and Diversity, said a constitutional amendment would be an "important gesture."

"I would see this as an opportunity to have a conversation and some introspection about where the state has been, but also, more importantly, where it's headed," he said.

Though the League's resolution itself wasn't planned, Thayer said she's been thinking about the Vermont Constitution and the state's history concerning slavery for about a year, since reading The Problem of Slavery in Early Vermont, 1777-1810. The book, by University of Vermont history professor Harvey Amani Whitfield, details how people were enslaved in the state for decades after the Constitution was adopted.

Whitfield said in an interview that while a clause allowing for child slaves may seem jarring now, the carve-out "is not strange in the history of northern abolition, at all."

It's unclear why, exactly, Vermont's founders included caveats to emancipation. But Whitfield said there are likely reasons - one is that abolitionists expected enslaved minors to be treated like apprentices, and given training that would allow them to be self-sufficient when they became free.

"I also think it's a way to compensate owners: `we're not going to take your property right away,'" he said.

Other states took a similar approach to abolishing slavery, incorporating some form of gradual emancipation. Whitfield pointed to Pennsylvania, which banned slavery for those age 28 or older in 1780.

The VLCT resolution comes as issues around race in Vermont are in the spotlight. Morris's resignation and the handling of her reports of online racially motivated harassment became national news. Separately, a camp program announced earlier this summer that it would not return to Stowe next year after several campers of color were subjected to racial slurs. (VLCT members passed another resolution that day condemning discrimination in general.)