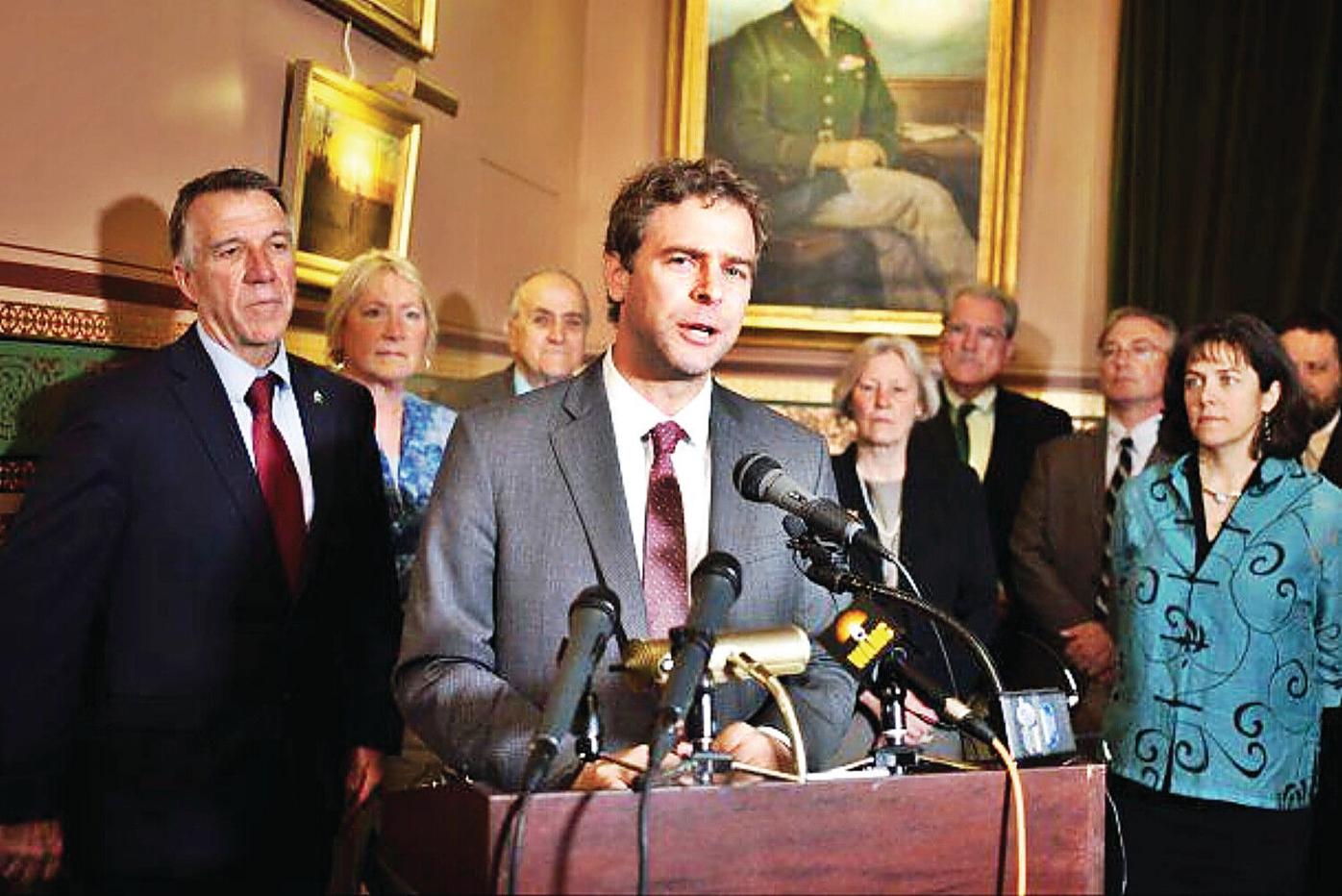 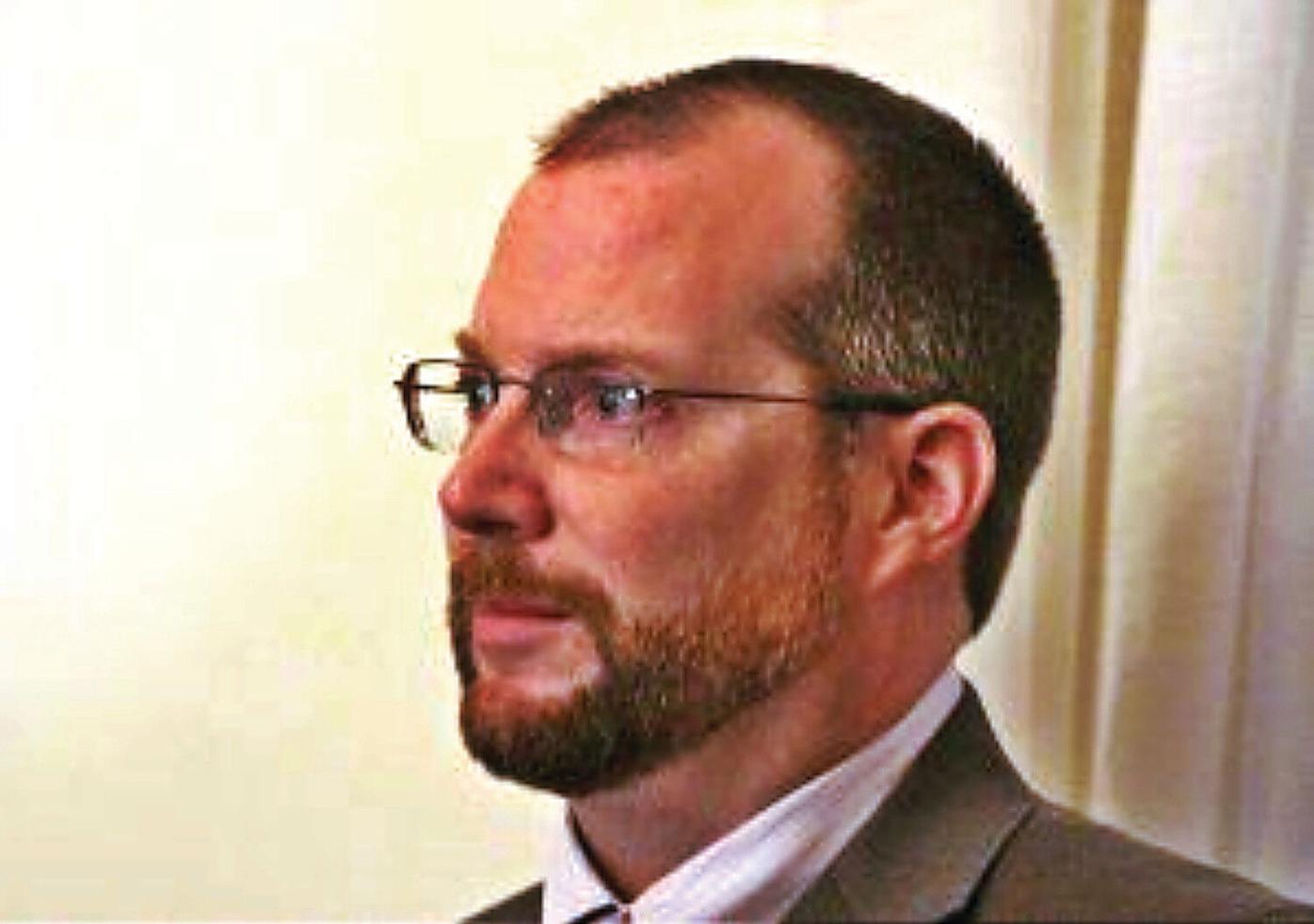 Lawmakers in the Vermont House and Senate have taken that lesson to heart after last year's messy battle with Gov. Phil Scott over teacher health care. House Speaker Mitzi Johnson and Senate President Pro Tem Tim Ashe were caught by surprise by a late-in-the-game proposal from the Scott administration to mandate a uniform statewide teacher health insurance benefit.

A year wiser, and with the issues heightened in an election year, legislative leaders say they won't get caught off guard again.

The bruising battle over $13 million in potential savings delayed adjournment and led to a special session in June.

In the end, they compromised with a plan, proposed by Ashe, that cut state funding for schools that didn't achieve adequate insurance savings. A year later, the Joint Fiscal Office reports that only about $3 million was saved.

Chalk the dysfunction up to inexperience.

In a historic leadership shift last year Scott, Johnson and Ashe were all new to their jobs. Scott, the former lieutenant governor and state senator, had just been elected to the Fifth Floor. Johnson, D-South Hero, had been chair of the House Appropriations Committee. And Ashe, D/P-Chittenden, had been head of the Senate Finance Committee.

Meanwhile, experienced political operative Jason Gibbs, Scott's chief of staff, was working behind the scenes. Scott kept his message simple — taxpayers wanted relief — while Ashe and Johnson made nuanced policy statements that failed to gain traction outside the Statehouse.

The rhetoric from Scott made sense to Vermonters who felt overburdened.

Gibbs pushed Scott to rebuff meetings with Johnson and Ashe and stand firm on a statewide contract. Meanwhile the House speaker and Senate president struggled to respond to a proposal that pitted a key Democratic constituency and source of campaign support — teachers and their union, the Vermont NEA — against tax-weary residents.

Democrats made an argument in favor of collective bargaining that fell flat. When that didn't work, they came up with a funding cut to schools that failed to meet the targets.

That skirmish is over, but last year's April surprise is seared in the memories of many senators and representatives as they return to Montpelier. They expected Scott, Mr. Nice Guy, to be more accommodating. Instead, the denouement of the last session was downright messy. Since then, the governor has done little to repair the frayed relationships, Statehouse observers say.

That means the House and Senate will be more entrenched and less amenable to political blasts from Scott this time around.

Adding fuel to the fire will be a confluence of bad economic news: the chronic sluggishness in state revenue growth, marked by persistent underperformance of personal income tax receipts; an $80 million hole in the education fund that will result in a 7 percent average increase in statewide property tax rates to support K-through-12 education; and looming uncertainty about federal tax changes and the potential for significant funding cuts to Vermont.

Lobbyists, former lawmakers and political observers interviewed said the 2018 session is sure to be more contentious. It is an election year, they note.

Turbulence is likely within the Statehouse as Johnson and Ashe still feel their way in leadership roles. The Democrats' early standard-bearer for the 2018 gubernatorial election, James Ehlers, a clean-water advocate and political gadfly, will pepper Scott with criticisms but is not likely to have an impact on the Democrats' legislative agenda.

Ehlers is the most probable Democratic candidate because the party is unlikely to put up anyone else, according to Eric Davis, a retired political science professor from Middlebury College. Davis said a stronger candidate wouldn't want to risk losing to the popular Republican, who won easily in 2016 and has maintained the upper hand on economic issues. A first-term governor has not lost re-election in Vermont since 1962.

Steve Terry, a pundit for WCAX-TV, said there is a "real low level of interest" among Democrats in the 2018 governor's race. The only statewide contest of interest to Democrats is the one for lieutenant governor, and "even that is pretty muted," Terry said.

Meanwhile, legislative leaders are looking to tarnish Scott's credibility on economic issues by getting him to veto policy initiatives — such as a $15-an-hour minimum wage and paid family leave — that could distinguish Democrats as leaders who care about the plight of low-income Vermonters.

"At least some Democrats I have talked with seem to be saying, `We're going to just pass these things, and if Phil Scott wants to veto them that will tell Vermonters what he's really like," Terry said. "They're thinking of it in the context of an election year."

"The other thing I hear Democrats talking about is that they need to do a better job in explaining their values agenda," Terry said.

Mike Smith, who is a VTDigger columnist and the host of the "Open Mike" talk show on WDEV radio, said jobs and the cost of living will be front and center this legislative session.

"I think property taxes and what to do about the 7- to 9-cent property tax increase — that's going to be the dominant issue this session and where you might see the most dominant clash this session," Smith said. "Scott's message of affordability is still winning the day with most Vermonters. It served him well in the election with Sue Minter, and Democrats were caught by surprise by how potent his message is — as evident in the statewide teachers health care debate. The Dems are trying to get that message back."

The lack of a clear economic message from one unifying Democratic leader will give the session an anything-goes quality, according to Todd Bailey, a lobbyist for Leonine Public Affairs. The go-slow strategy in the first year of the biennium will give way to a faster-paced session and a spirit of "conflict and chaos," Bailey said. The chaos will be driven, in part, by the Trump tax bill, which Bailey said will have "huge ramifications" on how things play out in the Legislature.

"This is going to be the most interesting session we're going to have had in a very long time," Bailey said.

With Johnson and Ashe a year more experienced, and with a campaign season coming up, Bailey predicted "there will be a lot more opportunity for the governor and the Legislature to push bold initiatives."

The higher level of tension, he said, "will create an opportunity for everyone to accomplish their goals."

Fights are likely in multiple directions — between the House and Senate and between the Legislature and the Scott administration. The question is how they are resolved.

"Each chamber tries to hold hostage bills," Davis said. "Leaders need to realize that's part of the dynamic of the place and try to work out mutually advantageous positions."

Last year, Johnson and Ashe focused on their own chambers and clashed at the end of the session over marijuana legalization, teachers health care and other issues. This year, the two leaders have made a point of meeting in the off season to improve their communication and hash out differences. They presented a mostly unified front at a joint news conference in December.

Johnson and Ashe will have challenges within their own caucuses as well. While Democrats dominate in both the House and Senate, they are divided on fiscal issues. The more liberal Democrats and Progressives are more likely to back a carbon tax, for example, which Johnson opposes because she believes residents in rural, less affluent areas would be hurt.

Last year, Johnson led by consensus, didn't dictate to committee chairs and let legislation be voted on without knowing the outcome. The lack of discipline in the House, which delayed Senate action last year, was a frustration for Ashe. Observers say Johnson has taken a more active approach this year and is setting priorities for chairs and the caucus.

Johnson may have less trouble with Democrats in the House this year, who tend to be more moderate, than Ashe does with his caucus in the Senate, which has a majority of lefties, according to Davis.

"Democratic parties are very big tents with a wide range of opinions in the Democratic caucus," Davis said.

Observers said it will become increasingly difficult for Ashe to balance the views of the more liberal and conservative factions of his caucus. The initiatives of outspoken members such as Philip Baruth, Anthony Pollina and Chris Pearson — who also run under the Progressive banner — and Becca Balint risk being undercut by more powerful and conservative committee chairs, including Jane Kitchel, Dick Sears, Dick Mazza and Bobby Starr, Davis said.

"In a 30-member chamber, every vote counts," Davis said.

The Scott administration is poised to take advantage of weaknesses in both chambers and has shown a willingness to flout legislative initiatives. (Lawmakers, for their part, ridiculed the governor's proposal last year to change the date of town meeting school budget votes and use K-through-12 funding to pay for early education and higher education initiatives.)

It is unclear, nearly a year later, whether there is room for conciliation on either side. But one tool often used to iron out differences may disappear.

This time around, however, that may not be an option.

Jon Groveman, a policy director for the Vermont Natural Resources Council, said he's concerned that working groups composed of Scott administration officials didn't meet the charge the Legislature set out in bills the governor signed into law. The Scott administration failed to provide lawmakers with any proposals to raise money for mandated phosphorus cleanup of impaired lakes and streams, including Lake Carmi and Lake Champlain, both of which have had toxic algae blooms.

"For us, the clean water funding report was the straw that broke the camel's back," Groveman said. "That issue has been studied three times — there was no reason to study it. We felt the treasurer had laid out where we needed to go, and the clean water working group didn't move us forward at all."

The Scott administration also flouted a legislative mandate requiring the Agency of Education to study the equalized pupil count, which has affected funding for schools in rural areas. Independent representatives who are generally in the Scott camp, including Laura Sibilia and Ben Jickling, have threatened to sue the agency over the secretary's refusal to conduct the study.

The end result? Groveman believes advocates and lawmakers will be less likely to rely on studies as a way to find a compromise with the administration on policy issues.

Nevertheless, Scott will have leverage because House Republicans have enough votes to sustain a veto.

Andy MacLean, a lobbyist with MMR, said the governor is going to push his agenda regardless of what lawmakers do. "He's going to try to grow the economy, and I don't see that changing," MacLean said.

There is consensus among observers that Vermont is in a precarious economic situation.

MacLean said the governor is pushing for changes because there is "a structural fiscal deficit that has to be addressed." This year the state is looking at a $45 million gap between revenues and expenditures — not including any big-ticket cuts from the feds.

MacLean said the question is not whether Scott engages with the Legislature, but whether lawmakers want to engage with him.

If lawmakers pursue an increase in the minimum wage (Ashe's top priority), paid family leave and new revenues for clean water, MacLean said, "I'm not sure if he'd veto something like that or not."

"There may not be a whole lot of engagement, similar to the session last year — you'll have all the issues at the end," MacLean said.