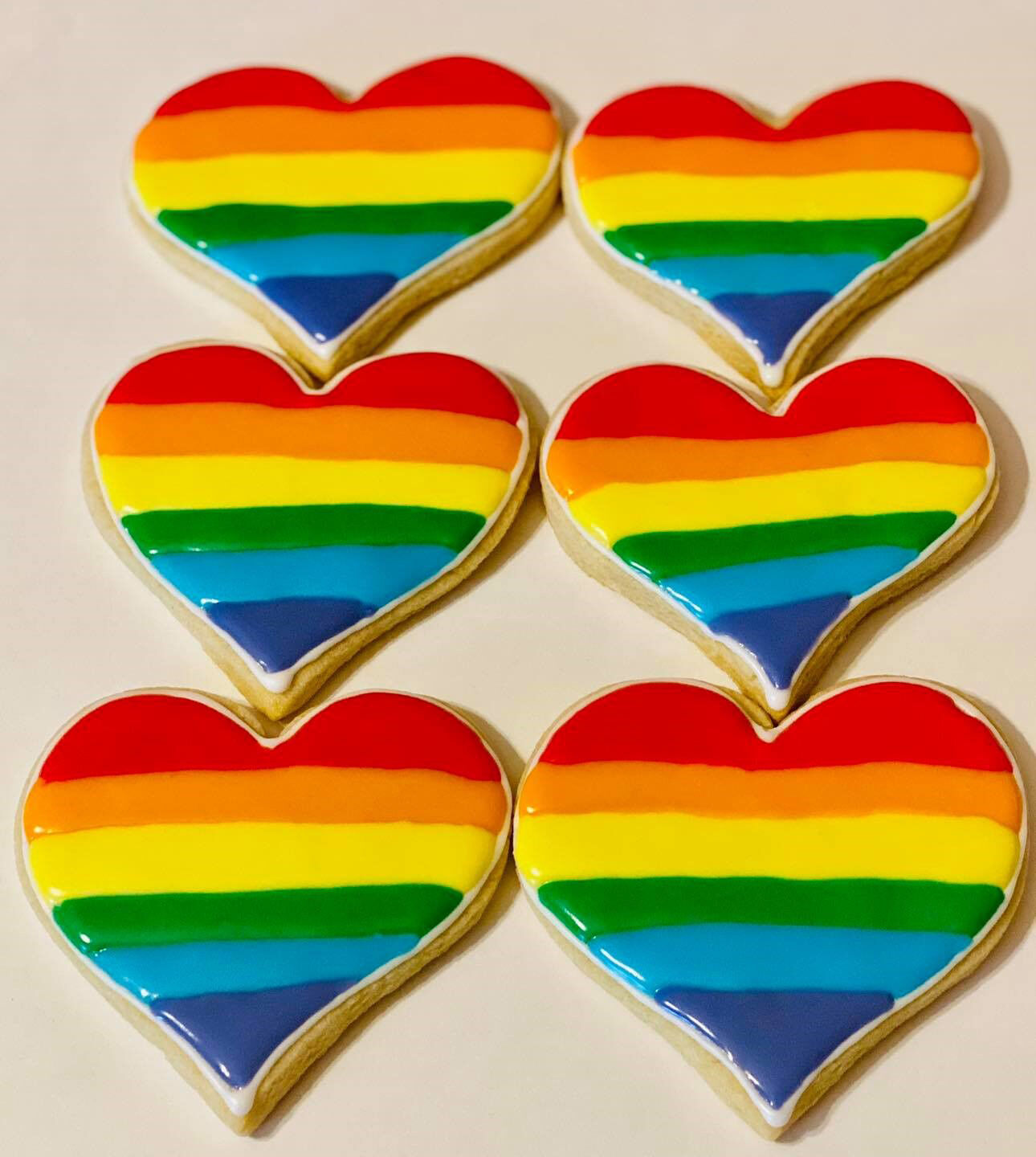 The photo of rainbow Pride cookies that was posted on Confections’ Facebook page on June 2. Shortly after the bakery shared the image, it lost dozens of followers on social media and a patron canceled a large cookie order. 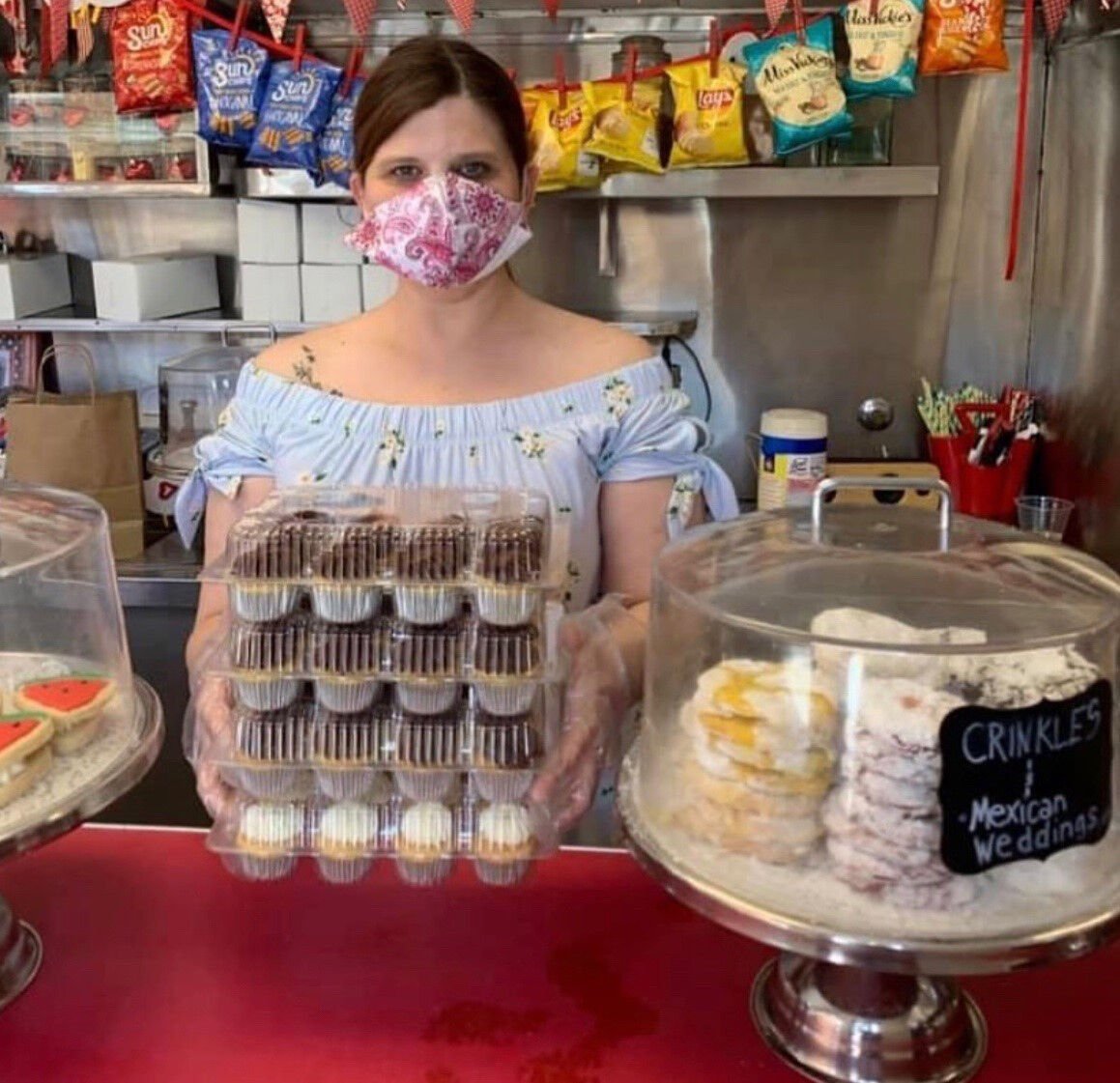 Felicia Tetu, 43, one of three co-owners of Confections bakery, which lost a client because it showcased some of its rainbow-themed Pride cookies.

The photo of rainbow Pride cookies that was posted on Confections’ Facebook page on June 2. Shortly after the bakery shared the image, it lost dozens of followers on social media and a patron canceled a large cookie order.

Felicia Tetu, 43, one of three co-owners of Confections bakery, which lost a client because it showcased some of its rainbow-themed Pride cookies.

When a small Southern bakery made rainbow-themed cookies to celebrate Pride Month, there was a swift backlash.

On June 2, Confections, a tiny store in Lufkin, Tex., shared a photo on its Facebook page of heart-shaped rainbow sugar cookies with the caption, “More LOVE. Less hate. Happy Pride to all our LGBTQ friends! All lovers of cookies and happiness are welcome here.”

Within an hour, the small business near the eastern edge of Texas lost dozens of followers on social media. Not long after, a peeved patron canceled an order she had placed for five dozen cookies.

“She mentioned that we had gay propaganda on our Facebook page, and she was not going to support our business as a result of that,” said Felicia Tetu, 43, one of three co-owners of the bakery. “I was just dumbfounded. I couldn’t imagine somebody hating a group of people that much.”

Co-owner Dawn Cooley, 45, who opened the bakery 11 years ago, said that after the customer withdrew her order, “my heart dropped.”

She was most disturbed by the reason for the customer’s abrupt cancellation, she said. But she was also concerned about the financial toll on her business, which was barely scraping by.

“We have a very small bakery, and every order is important to us. It has been a struggle this past year to keep our doors open,” Cooley said.

Plus, “it takes hours for us to make decorated cookies,” echoed her sister and fellow Confections co-owner, Miranda Dolder, 44, adding that the woman’s order for summer-themed cookies had already been prepared. “There’s only three of us. We’re really small.”

Cooley shared a message on the bakery’s Facebook page, expressing her sadness.

“Today has been hard. Really hard,” she wrote. She then explained what transpired after sharing the original image of the Pride cookies. “My heart is heavy. Honestly, I never thought a post that literally said more love less hate would result in this kind of backlash to a very small business that is struggling to stay afloat.”

She ended the post with a plea to Confections’ loyal customers: “If you love our cookies we will have an over abundance of them tomorrow.”

Little did she know, though, that her post would go viral on social media and that the line outside the tiny bakery would stretch for several blocks the following day.

Though the bakery opened at 10 a.m., a crowd had already assembled outside the front door by 8:30 the next morning.

“That line brought me to tears. All those people standing in the rain, waiting so patiently to buy a cookie,” Cooley said. “We just wanted to be inclusive, and it was so heartwarming to see how many people felt the same.”

Over the following few days, a steady stream of hundreds of customers arrived to show their support.

“The line just never ended. I had people buying cookies for the person behind them, buying cookies and handing them out to the kids outside. It was beautiful.” Dolder said. “They weren’t going to let this little bakery take a financial hit for showing love and acceptance for the gay community.”

Jay Eagle, a regular Confections customer who owns a computer repair shop across the street, said he was awed by the spirited crowd that congregated outside the bakery.

“It was really neat to see people coming together like that,” Eagle said. While the initial backlash “didn’t surprise me,” he continued, “it’s great to see how much more it is the other way now.”

The surge of customers remained constant over the weekend, to the point where “I had to take the phone off the hook,” Dolder said. Given that the bakery has only three staffers, it became challenging to field constant calls and fulfill the influx of orders.

“I truly believe I baked more that Friday than I did the entire week,” Tetu recalled. “I was just constantly baking, then running out of dough.”

The women worked tirelessly — including through the night — to bake enough cookies to meet the spiking demand.

“We are so overwhelmed,” Dolder said, adding that calls, comments and customers are still pouring in. The sudden show of love outweighed the negativity, she said, and reinforced that “people are inherently good.”

Even after they ran out of baked goods to sell, people still offered money, which the women refused to accept. Instead, they redirected them to donate to LGBTQ organizations and other nonprofits, including an animal rescue.

Not only did Lufkin locals show their support, but thousands of people from across the country and around the world reached out to send donations and share words of gratitude.

One woman sent Confections an email with the subject line: “THANK YOU from a grateful LESBIAN grandma in Pacific NW.”

“I just wanted you to know that baking rainbow Pride cookies is an act of courage and love, and that I am so proud and happy to read about you & your cookies!!!” she wrote.

Another email came in with the subject line: “Freedom.”

“I’m a 74 year old straight woman married to an 84 year old straight man. We applaud your stand with the gay community,” the sender wrote. “We owned and operated a dog grooming business in Austin over 25 years and we made our own rules as well. I especially commend you because you are in a small town.”

Jesse Roberts, 29, who grew up near Lufkin, attested to the challenges of being gay in a small Southern town.

“I was closeted until later in life,” said Roberts, who recently moved to New York City. “I didn’t receive the warmest welcome when I did come out.”

When he heard about the Confections story, “I was not shocked by the way the bakery was being treated, given my own experience,” he said. “But I was hopeful because of the reaction from the community that came around to support them.”

For Roberts and his fiance, who are getting married in Dallas in September and are in the process of choosing their wedding cake, “going to a bakery is something that is anxiety-producing for us, so it was nice to see that there are ones in the South that are supportive.”

“It takes a lot for a small business to speak up like that and have a voice,” he said. “It’s easier for big corporations to do so, but it’s inspiring to see a small business take a stand and support a disenfranchised community.”